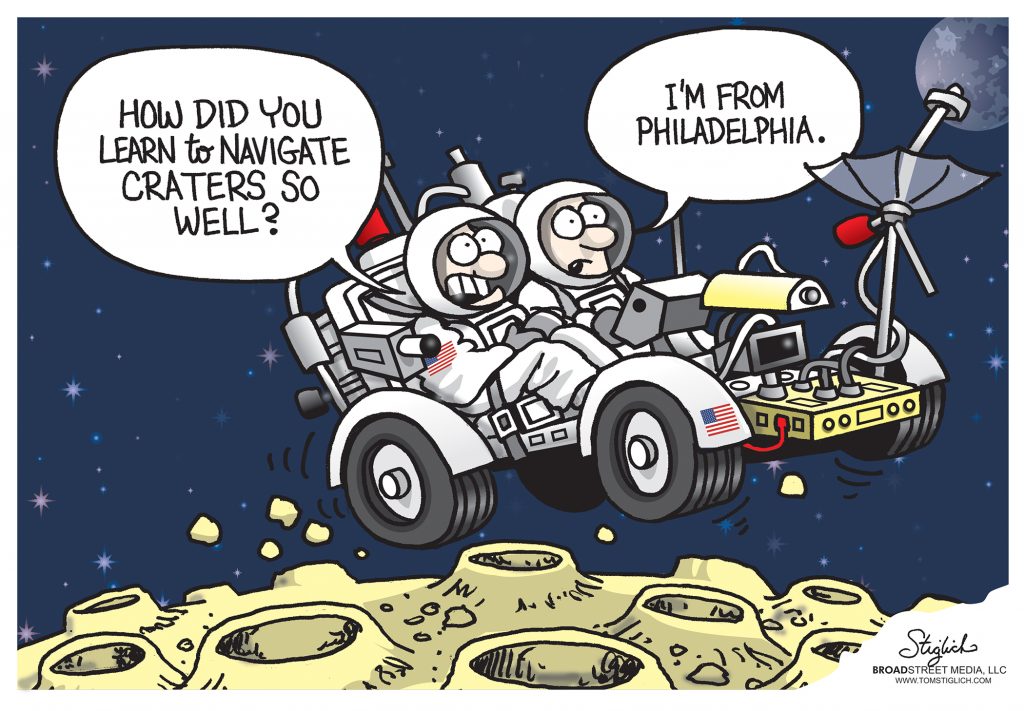 ‘Why’ of speed cushions

In response to Rich Cohen’s Letter to the Editor, “No speed cushions,” published on April 3 in the Northeast Times:

I can relate my long experience with Bloomfield Avenue. I also live in Sun Valley, on Rising Sun Avenue. To drive anywhere, I must use the intersection of Rising Sun and Bloomfield, which is marked a 4-way stop.

For at least 10 years, the stop signs have been treated as optional by an ever-increasing number of drivers on Bloomfield in both directions. I have complained about this again and again at various community meetings.

So, I was surprised by the cushions (no one let us know in advance) but not puzzled. The cushions between Verree Road and Rising Sun told me that many of my neighbors have had the same problem I do when accessing Bloomfield.

I explained this issue at a recent 7th District “Coffee With A Cop” meeting, and an officer called me later with an answer: the streets department can’t put the bolted-in-place rubber cushions nearer to the stop sign due to unspecified things under the road. So, let me here openly petition the streets department to install a cement speed cushion at the effective spot on Bloomfield Avenue near Rising Sun Avenue before the inevitable accident happens.

Former Mayor and Gov. Ed Rendell wants to put his nonprofit into K&A to facilitate the dispensing of illegal drugs to opioid addicts.

This would be the first site in the country.

What do the other 300 million Americans across the country know that Rendell doesn’t know? Remember, Rendell gave us his boy, school Superintendent David Hornbeck, resulting in the state takeover (SRC). He failed to straighten up the state pension plans and brought in DROP to the city. Why does anyone listen to Rendell?

Easter pets are a lifetime commitment

Are you thinking of getting a bunny, chick or duckling as an Easter pet for your children?

Unless you are prepared to make a 10- to 20-year commitment to that animal, please don’t. These are not wild babies that can be “returned” to the wild when they start to grow or your kids lose interest.

They were never wild and have no wild instincts; they are domestically bred animals that cannot survive on their own, and dropping them off at a park is a virtual death sentence. They need care and feeding, protection from predators and love and attention.

If you absolutely must have an Easter pet but won’t want it long term, at least make sure you line up a farm or sanctuary that will care properly for it — don’t just dump it in a park or leave it somewhere. Some 98 percent of Easter pets get abandoned, and 98 percent of that 98 percent will not survive.

Please do a little online research on “dumped Easter pets” and you will learn what a terrible problem this is after the holiday. Animal rescuers are swamped this time of year with all sorts of spring baby animal issues and are overwhelmed at having to go out and rescue mortally wounded, dumped Easter pets.

If you can’t offer a forever home to your Easter pet, please make sure the only Easter animal in your home is of the chocolate variety.

Teachers: You would do a great service to your students teaching a lesson about this topic.