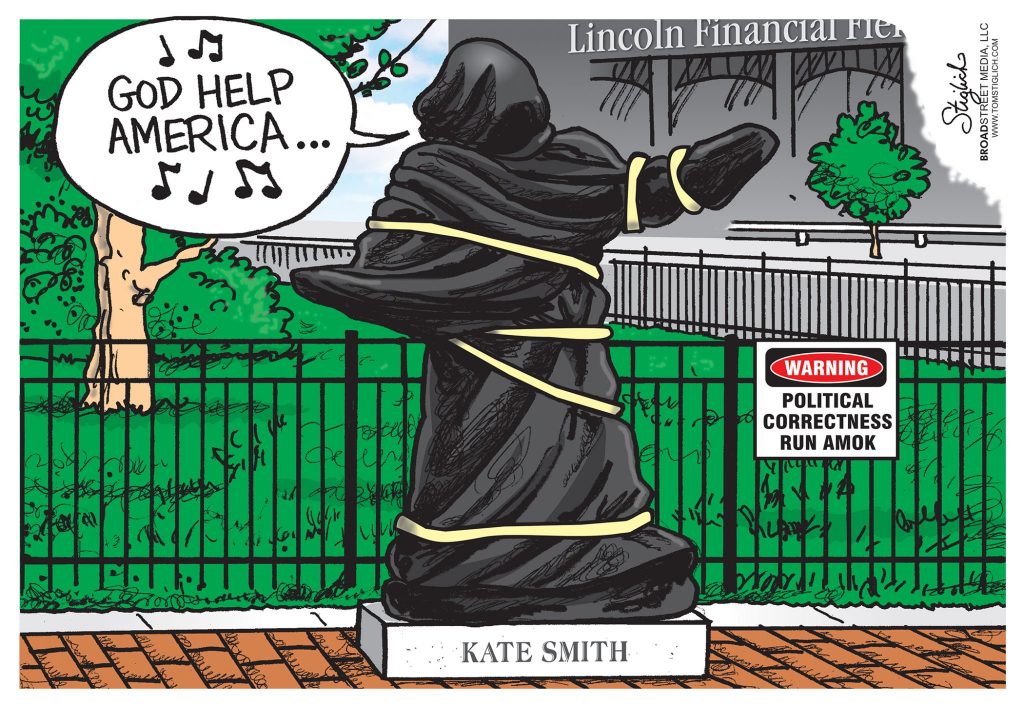 She’s a vital part of history

Rep. Movita Johnson-Harrell is the first Muslim woman elected to serve in the state legislature. March 26 was the day of the swearing-in of Johnson-Harrell, who won by special election. It was to be a day of great celebration for Pennsylvania, for Johnson-Harrell, her family and friends, many of whom came by bus.

Rep. Stephanie Borowicz (Clinton County) stepped up to offer the invocation. In what appeared to be a pointed rejection of the newly elected Muslim representative, she took the opportunity to unleash a disrespectful screed in which she invoked the name of Jesus 33 times, stated gratitude for the current president and mentioned his position on Israel. There was no place in Borowicz’s prayer outside of the religious right-wing interpretation of who God belongs to. Borowicz owes a sincere apology to Johnson-Harrell, her family and friends as well as all in attendance who are of other faith traditions such as Jewish, progressive and mainstream Christian, Quaker, Buddhist, Hindu, etc., including atheists, humanists and agnostics.

I recently had the privilege of meeting Johnson-Harrell prior to her being sworn into office. As it happens, we are both grieving mothers, survivors of gun violence. Rep. Johnson-Harrell is a three-time survivor, having lost her father, her brother and her son. My son died by suicide.

Rep. Johnson-Harrell is a woman of great dignity, compassion and deep inner strength. She is grounded in her spiritual tradition, which holds and supports the enormous grief that only those of us who have suffered so profoundly can comprehend. I, too, am a woman grounded in a deep spiritual tradition. I am a vowed lay associate of the Medical Missionary Sisters, a Roman Catholic order whose mission is to be a healing presence in the world. Even as a grieving mother, I have come to understand that I can be healed only by being that healing presence to others and by seeking oneness with all people. Meeting Movita Johnson-Harrell face-to-face was among the most tender, healing and unforgettable moments of my own grief journey. Her adherence to her Muslim tradition has given her the grace and courage to become a healing presence in a world. I felt like I met a sister, as indeed I did, as we were of one heart in that moment of grace.

When I met her, I whispered, “Movita, all your losses, how is it you are still breathing?” She answered, “With the help of God.” I responded, “Praise be to Allah.” Rep. Borowicz, while seeking to demean the beliefs of her colleague, seriously diminished the teachings of Jesus, the one she purports to follow. Johnson-Harrell, on the other hand, will be a woman of history whom generations of school children will come to know by name as the first Muslim woman sworn into the state legislature.

I am profoundly disappointed by District Attorney Larry Krasner’s decision to drop his opposition to a judge’s ruling that will allow Mumia Abu-Jamal to re-argue his appeal to the Pennsylvania Supreme Court of a 1982 conviction in the murder of Philadelphia Police Officer Daniel Faulkner.

That the appeal is based on nothing more than a minor technicality makes Krasner’s decision all the more disheartening. Abu-Jamal has been afforded many prior appeals in his endless campaign for freedom. None of those attempts have succeeded for obvious reasons. Krasner’s decision, although infuriating, isn’t surprising given his track record of giving more credence to the accused than the victims.

My heart breaks for Officer Faulkner’s widow, Maureen, who has fought so valiantly for justice for her slain husband. How can she and the entire Faulkner family ever gain closure and a sense of peace as long as there’s a chance that Daniel’s accused killer could be set free? It’s repugnant to me that Abu-Jamal has become the poster child of self-righteous social justice advocates and the Hollywood elite who have bought into Abu-Jamal’s scam. The ones who really deserve justice are the Faulkners. I pray that justice is finally delivered for them. I stand with them and Philadelphia’s heroic police officers.

Now that Eagles owner Jeffrey Lurie has successfully led the charge to change replay rules, I guess the next rule change is replay on offensive holding, illegal formation or someone sneezed.

Let’s just make everyone happy. There are missed calls on all plays. Why don’t we get rid of instant replay and take the pressure off the officials and speed up the game?

I guess we can’t, now that the leagues partnered up with the casino and the online gambling sites. The fans are being played for suckers.