How will new Flyers fit in? 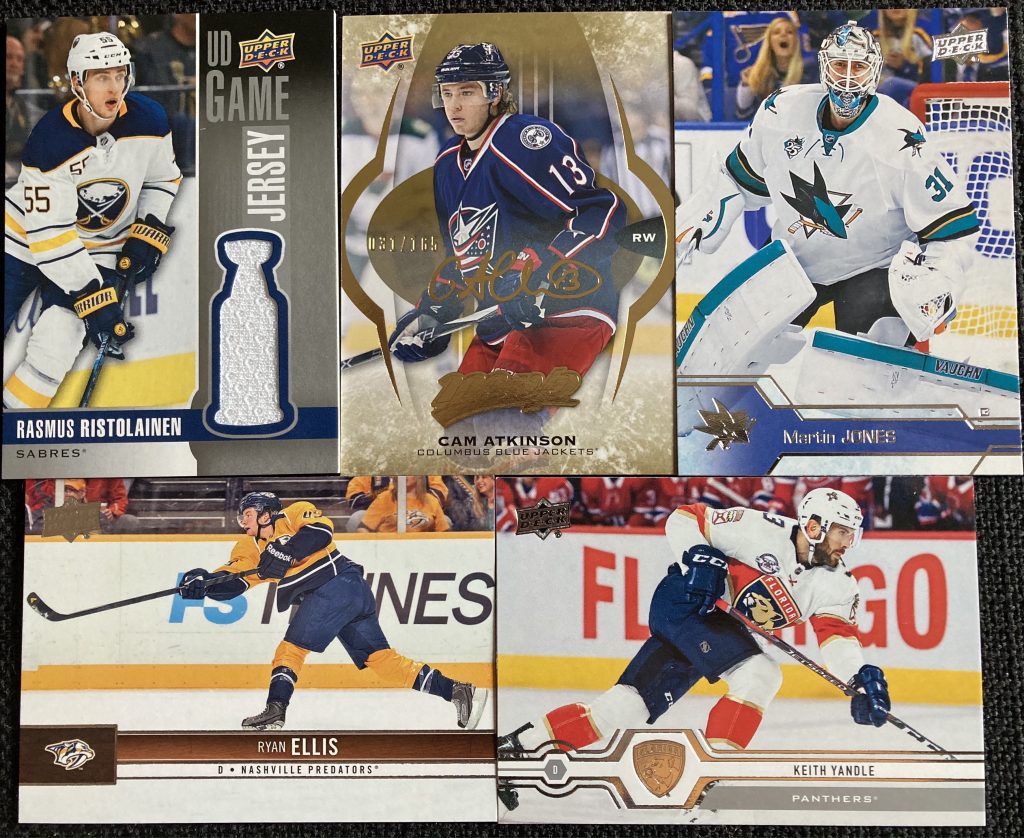 There’s little doubt that the success of the Philadelphia Flyers’ 2021-22 season will hinge greatly on the new acquisitions made by aggressive General Manager Chuck Fletcher over the last few weeks.

Things could go great, and the Flyers could make their deepest run into the playoffs in more than a decade by advancing a couple of rounds or more. Or, things could be even worse than last season when the Flyers missed the playoffs for the fifth time in nine years. It would be considered a disaster since the team hasn’t missed the postseason in back-to-back years since 1994.

This week, we will take a look at the best- and worst-case scenario for each of the Flyers’ new players and how it could affect the team both this season and moving forward.

Best case: Atkinson, 32, could produce another 40-goal season as he did three years ago in Columbus when he netted 41. No Flyer has hit 40 since Jeff Carter’s 46 in 2009, so that task would be a pretty significant one. In his last two seasons, which were both shortened by COVID, Atkinson was on a 22-goal pace per 82 games so he has taken a step back, although hampered by his worst shooting percentage of his career during that time. If he could be somwhere near 30 goals in addition to being a good penalty killer and the all-around hard-working player that made him a fan favorite in Columbus, it could shake out to be a good ride for Atkinson for the next four years at an annual $5.25 million cap hit.

Worst case: Atkinson continues his decline and becomes a bottom six player who struggles to score at 5-on-5. The scary number was Atkinson managed just two goals last season in 56 games at even strength. He has four years to go but his contract with a modified no-trade clause is pretty straightforward, meaning he could be bought out at any point if things get really bad. In comparison, Philly would have had to wait till the final year of Voracek’s deal to make it worth buying out.

Best case: Plain and simple, he continues to be one of the smartest and best defensemen in the league while contributing about a half a point per game offensively as he has done his entire career. Ellis is capable of producing even more if given the opportunity but it’s yet to be seen if he gets the chance, as the Flyers have several options as the power play quarterback. The Flyers are hoping Ellis and Ivan Provorov are a solid top pairing for the next five or six years.

Worst case: Recurring injuries play a factor and the smallish Ellis misses significant time, forcing the rest of the D-corps to shift into uncomfortable situations. We saw it last year with the absence of Matt Niskanen, and a misstep year could result in a similar situation. Ellis is also 30 so the Flyers will expect a decline toward the end of the six-year contract. If it comes quicker than expected, Ellis’ $6.25 million annual hit could be another salary cap disaster.

Best case: Chuck Fletcher is right, and the No. 8 pick in the 2013 Draft provides the rare mix of physical presence and offensive skill that billed the Finnish defenseman as a top-10 pick and a possible franchise cornerstone. He’s had four 40-plus-point seasons and has played eight years on a team without making a playoff appearance. Fletcher is betting that better surroundings will yield better results while perhaps limiting Ristolainen’s ice time and giving him more favorable matchups.

Worst case: The thing a lot of people think will happen, actually happens. This trade received a lot of criticism simply for the price that was paid to bring in Ristolainen, which included a first-round draft pick, among others. Ristolianen’s ice time actually steadily decreased from 26:30 in 2018 to 22:17 last season and has not yielded better results. Ristolainen is a career minus-163 player with bad analytical numbers. He also has one year left on his deal, which puts the Flyers in a tough position: Either he has a good season and they are forced to sign him long term, or he has a bad season and they cut ties and lose him for nothing. There’s an even worse scenario: Ristolianen has a bad season and the Flyers stubbornly stick to their guns and offer him an extension anyway.

Best case: Thompson plays a handful of games and is helpful on the penalty kill and in the face-off circle. It would mean that the Flyers had a relatively healthy season and didn’t have to rely on their depth. It’s a relatively low ceiling for a 36-year-old at a low-risk price of $700,000.

Worst case: The team’s success won’t rely on Thompson so there would have to be something major here to torpedo the team. If he’s forced into a top-six role because of injuries, there wasn’t much the Flyers could have done with the money they used to sign Thompson, who makes the veteran minimum.

Best case: Yandle was signed for just one year at $900,000 so there isn’t much risk here. Yandle has always been known as an offensive defenseman and could serve as quarterback on a power play that struggled last season. Yandle had a career-best 62 points three seasons ago and managed more than a half-point per game over the last two, meaning the 34-year-old could still be a heavy contributor on the back end.

Worst case: Philadelphia becomes the butt of all jokes as Yandle’s 922-game iron man streak (second-most all time) comes to an end with a healthy scratch before he breaks the NHL record at 964. Aside from that, and the fact Yandle could veto a trade at the deadline due to his no-trade clause, it’s a pretty low-risk signing.

Best case: Jones plays well in about 25 games, only to give Carter Hart some rest during Hart’s Vezina-type season. Jones, with a lessened workload, returns to being a goaltender who saves more than 90 percent of the shots he faces like he was up until the 2018-19 season.

Worst case: He’s asked to do a lot more. If Hart doesn’t figure it out and Jones is pressed into eating more minutes, the Flyers would need a life preserver from a guy who has consistently posted an .896 save percentage over the last three seasons. ••