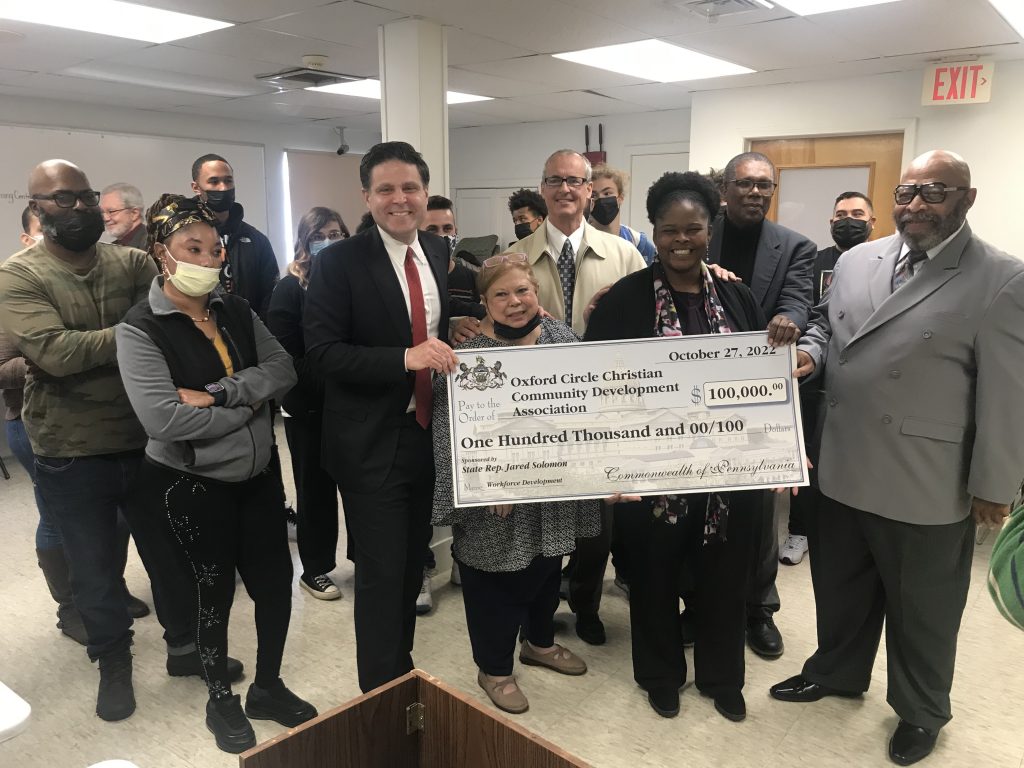 The Toben Center is an education and jobs hub that offers high school diploma preparation and testing, workforce readiness programs, resume building, job placement and other employment resources and referrals.

Solomon was joined by Shante Antrom, executive director of OCCCDA; Stuart Toben, owner of the Toben Center; Michael Joynes, vice president of government and community affairs at Philadelphia Works; and Bonnie Kaye, co-owner and director of Northeast Learning Center, which ranks No. 1 in the state in passage of the High School Equivalency Test (HiSET).

Solomon said the funding will help continue the “Castor Avenue renaissance.” He promised “a better Northeast Philadelphia” when he first ran. Since taking office in 2017, he’s worked to make the commercial corridor safer, improve aesthetics by hanging banners and cleaning streets and supporting the opening of anchor properties such as the Toben Center, PATH and the 2nd Police District.

Solomon will be moving his office to the former Exchange at Oxford Circle at Castor Avenue and Hellerman Street, and will be joined by several partners.