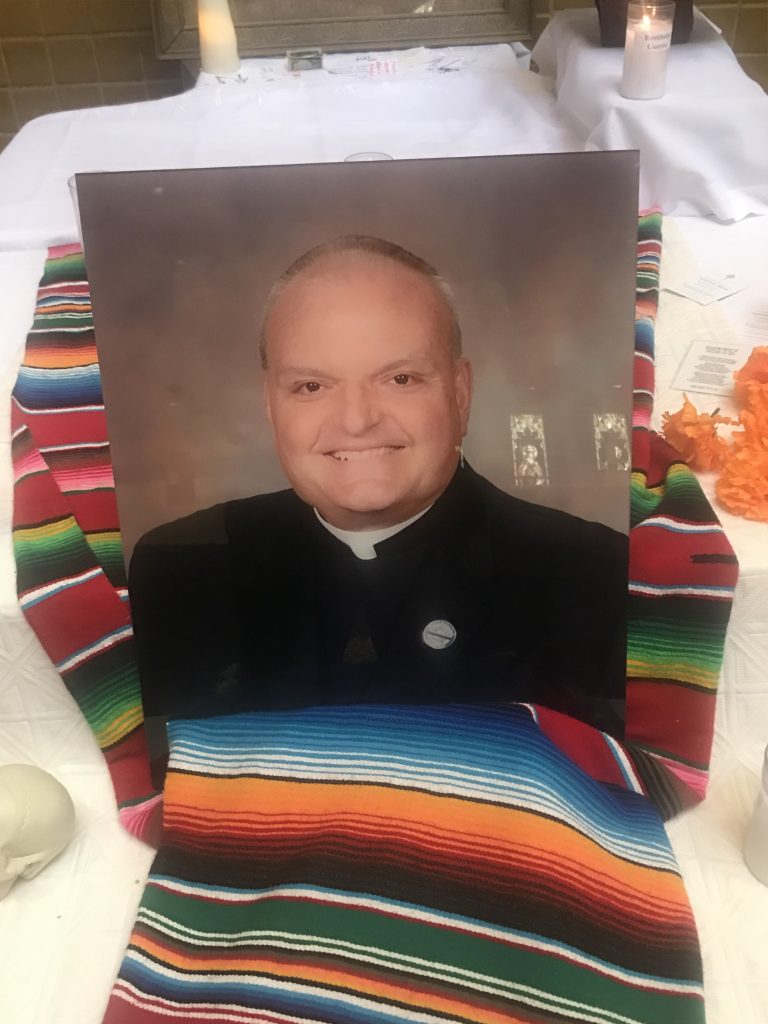 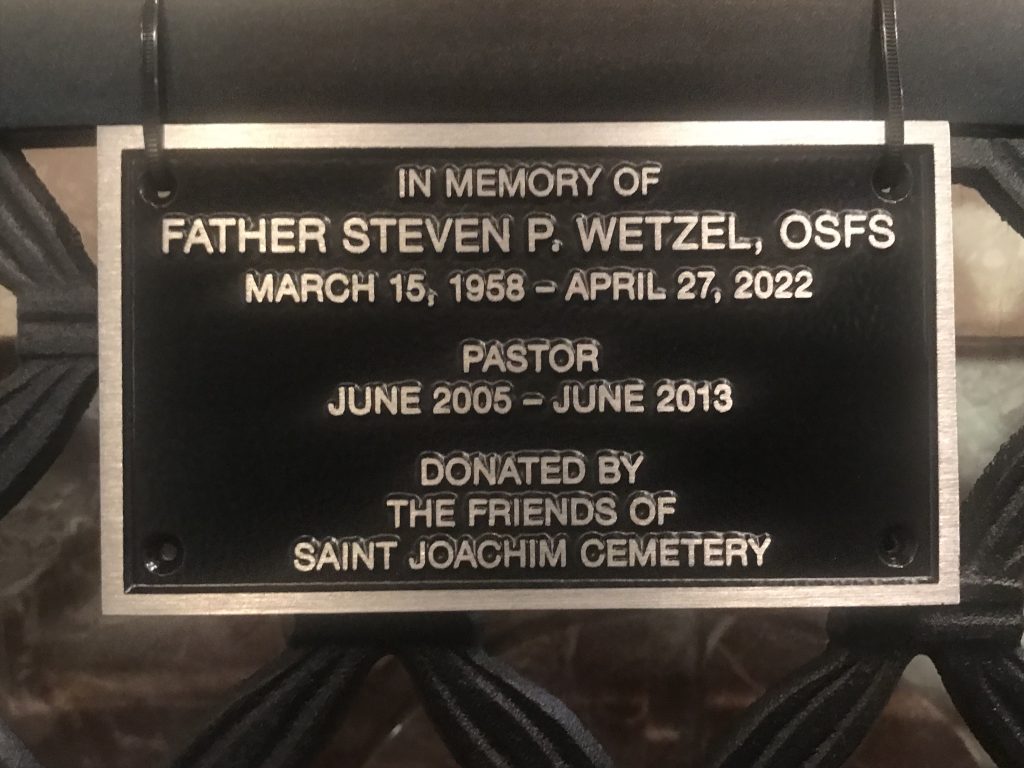 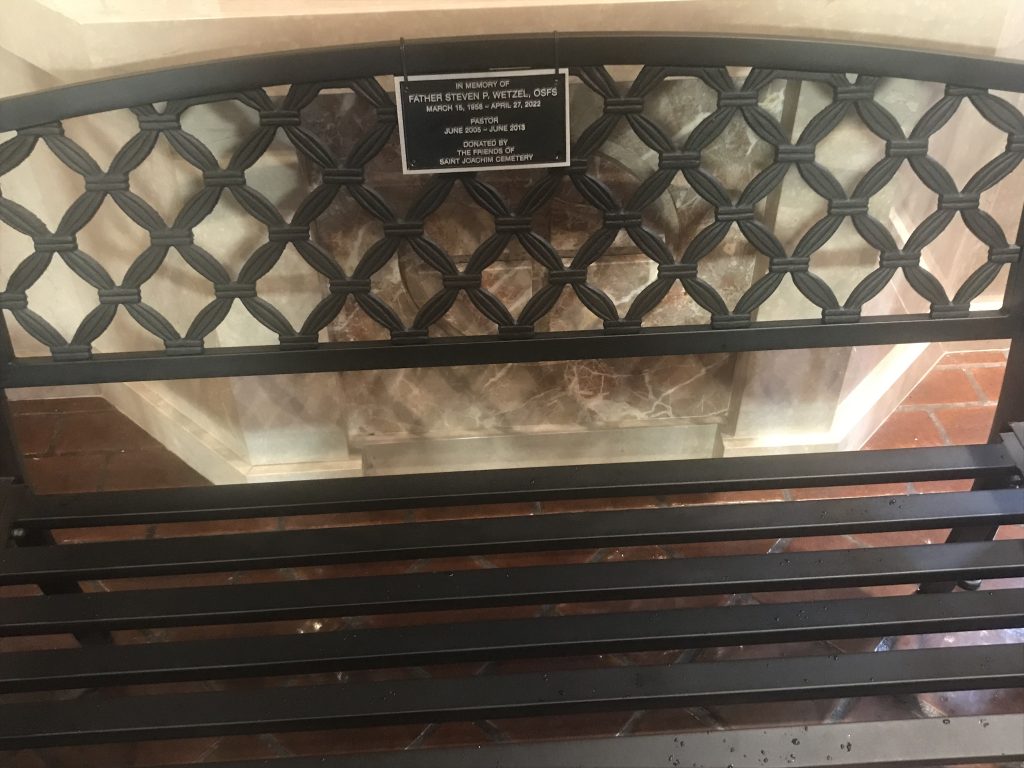 The Rev. Steven P. Wetzel was remembered on Saturday afternoon with a Mass at a church he served for 12 years – St. Joachim.

The church closed in 2013, and is now owned by the Capuchin Franciscan Friars of the Province of Saint Augustine. Saturday’s Mass was celebrated in what the Capuchins call the Padre Pio Prayer Center.

The Rev. Bob Bazzoli, a former St. Joachim pastor, celebrated the Mass in memory of Wetzel, who was chaplain to Fraternal Order of Police Lodge 5 when he died in April from complications of a stroke. He was 64 and resided at St. Matthew rectory.

Delivering the homily was the Rev. Jim MacNew, an Oblate and good friend of Wetzel who succeeded him as FOP chaplain.

The Rev. Thomas Higgins, pastor at Holy Innocents, blessed a bench dedicated in memory of Wetzel by the Friends of St. Joachim Cemetery. Higgins thanked Joe and Maureen Taylor for organizing the Mass and caring for the cemetery, which is owned by the Archdiocese of Philadelphia.

MacNew knows he has big shoes to fill as FOP chaplain.

“Father Steve was available 24/7. He was the Wawa priest,” he said.

MacNew said Wetzel remains on duty from above.

Wetzel was a graduate of St. Timothy Grammar School and Father Judge High School (class of 1977). Following graduation from Judge, he joined the Oblates and made his first profession of vows as a Lay Brother in 1980. From 1982-95, he served as a hospital pastoral associate and chaplain, vice principal at St. Thomas More Parochial School in Allentown and chaplain and firefighter for the Upper Saucon Fire Department in Center Valley, Lehigh County.

In 1996, he was ordained to the Permanent Diaconate and served as a deacon at a Florida parish, then at St. Joachim and St. Joseph Manor until being ordained to the priesthood in 2003.

In 2014, Wetzel helped to found the multi-denominational Michael the Archangel Ministry Program at the FOP and remained chaplain to 14,000 active and retired officers and their families until his passing. He presided over weddings, baptisms and funerals.

He was also instrumental in launching the Good Night Lights event that brought smiles to the faces of sick children and their families at Shriners Hospital for Children. He also helped serve the residents and community at St. Francis Inn in Kensington, along with veterans, the homeless and the addicted.

A memorial plaque at the FOP includes Wetzel’s favorite quote from Padre Pio, who said, “Pray, hope and don’t worry.” ••