In other political news: (From left to right) Cindy Bass, Blondell Reynolds Brown, Marjorie Margolies, Maria Quinones Sanchez and Marian Tasco are pictured at a City Hall news conference last week. All five female members of City Council have endorsed Margolies, who is seeking the Democratic nomination in the 13th Congressional District. Councilwoman Jannie Blackwell is not pictured.

The nonpartisan Committee of Seventy, in partnership with the League of Women Voters of Philadelphia, Young Involved Philadelphia and WHYY, invite the public to attend an upcoming debate for city controller.

The debate will feature Democratic incumbent Alan Butkovitz and Republican challenger Terry Tracy, who are competing in the Nov. 5 general election. The debate is scheduled for Tuesday, Oct. 22, from 7 to 8 p.m. at WHYY, at 150 N. 6th St.

Dave Davies, senior reporter for WHYY, will be the moderator.

The public will have an opportunity to submit questions during the debate, but may also submit them beforehand by contacting Patrick Christmas at pchristmas@seventy.org or by posting questions on Twitter with the hashtag #ask70

District Attorney Seth Williams and challenger Danny Alvarez, who are squaring off in the Nov. 5 election, have agreed to a debate.

There was no formal agreement. Instead, Alvarez and Williams saw each other at Munchie’s, a diner at 6339 Rising Sun Ave. in Lawncrest.

Williams, a Democrat, was there on the morning of Oct. 9, joining state Rep. Brendan Boyle in visits to business owners to discuss crime concerns.

Alvarez, a Republican, learned of the event and caught up with the entourage at Munchies, where the two shook hands.

“Mr. Williams, when are you going to debate me?” asked Alvarez, a lawyer from Somerton.

“We will,” Williams responded.

The debate will take place Thursday night and be shown on Sunday at 9:30 p.m. on the Comcast Network. Larry Kane will moderate.

The general election ballot has been finalized.

The ballot will be topped by the Pennsylvania Superior Court race between Republican Vic Stabile, a Cumberland County lawyer, and Jack McVay, an Allegheny County Common Pleas Court judge.

The races for district attorney and city controller are near the bottom of the left column. District Attorney Seth Williams is being challenged by Danny Alvarez. Controller Alan Butkovitz faces Republican Terry Tracy.

Voters will choose yes or no on new 10-year terms for the following judges:

Voters will also decide on the following bond question: Should the City of Philadelphia borrow ninety-four million seven hundred forty-five thousand dollars ($94,745,000.00) to be spent for and toward capital purposes as follows: Transit; Streets and Sanitation; Municipal Buildings; Parks, Recreation and Museums; and Economic and Community Development?

Marjorie Margolies, who is seeking the Democratic nomination in the 13th Congressional District, has been endorsed by all five female members of City Council.

Blackwell cited her past efforts to lower infant mortality rates in Norristown and open a women’s health clinic in Conshohocken.

Tasco believes Margolies will stand up to Tea Party Republicans, citing her past vote for President Bill Clinton’s economic plan, a vote that led to her ouster in 1994.

Sanchez pointed to Margolies’ work with Women’s Campaign International, which empowers women around the world.

Brown thinks Margolies will do a good job because she already has relationships with House Minority Whip Steny Hoyer and Democratic committee chairs Henry Waxman and Nita Lowey.

In a speech before the Pennsylvania American Council of Engineering Companies, Allyson Schwartz, a Democratic candidate for governor, announced a plan to finance transportation and state infrastructure needs.

This pool of funds will offer loans, loan guarantees, grants and other financing to start, accelerate or expand infrastructure projects that will modernize the current infrastructure.

“As governor, I would launch ‘Build PA,’ a new statewide public-private infrastructure bank to support game-changing infrastructure that puts thousands of people to work and lays the groundwork for economic growth in decades to come.”

Meanwhile, Schwartz picked up the backing of the Pittsburgh Federation of Teachers, representing more than 3,000 teachers and educational support staff

“Allyson Schwartz is far and away the best candidate to take on Governor Corbett next fall,” said Nina Esposito-Visgitis, president of PFT 400. “She has a detailed plan to reverse the damage of Gov. Corbett’s cuts in her first term and make unprecedented investments in universal prekindergarten for 4-year olds. She is ready to make public education, our children and our teachers her top priority in Harrisburg.”

“Katie is strongly committed to mass transit. She knows mass transit is an economic lifeline for hundreds of thousands of hardworking Pennsylvanians and must be part of any transportation plan for the state,” said Sabatino DiNardo, Local 85’s secretary-treasurer.

McGinty was also recently endorsed by Robert Rubin, who was secretary of the Department of the Treasury in the Clinton administration.

In announcing his union’s endorsement for McCord, PSCOA president Roy Pinto said, “The life of a corrections officer is unlike that of anyone else. These officers are under pressure and in danger from the moment the iron gate slams behind them until that same gate opens to allow them to return to a normal life. When we met with Rob McCord, we sensed that he understood the challenges we face and that he was committed to working with us. We know Rob appreciates the needs of working families better than any other candidate, and we appreciate the story and struggle of his family when he was a kid. We trust Rob to listen to working people and to deliver real results. We know he will provide the kind of new, strong leadership Pennsylvania so badly needs.”

The Pennsylvania State Corrections Officers Association has 6,000 working men, women and retirees in the state.

The Men’s Club of of the Congregations of Shaare Shamayim is holding a “Meet the Candidates” brunch on Sunday, Oct. 27, from 9 a.m. to noon. The hosts are Ruth Horwitz and former state Sen. Bob Rovner. Brunch is at 9, and candidate talks begin at 10. The synagogue is located at 9768 Verree Road in Bustleton. •• 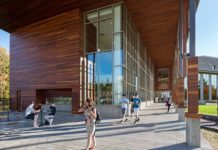