Northeast Philadelphia always has had a reputation of being a blue-collar part of town, and its citizens know they must work painstakingly hard for everything that comes their way.

With such a heavy influx of Northeast kids on its roster, the Roman Catholic soccer team has ridden that blue-collar mentality to a top-three finish in the Catholic League for the first time in head coach Ray DeStephanis’ seven-year tenure.

“The great thing about us is that we are a blue-collar team,” said senior Diego Ramirez, a Northeast resident who attended Presentation BVM in Cheltenham and has played on Fox Chase Soccer Club since he was 4 years old. “We work for everything and we have to lay it out on the field so that the league will respect us.”

Garnering that respect has been easier said than done. In conversations with Ramirez and fellow seniors/Northeast residents Mariano Cepeda, Norman Hansen and Matt DeTreux, the quartet all maintained that since Roman was never really known as a soccer power the way that rival schools like Father Judge, Archbishop Ryan and La Salle are, they have had to work extra hard to build a revered foundation in one of the sport’s most challenging leagues.

The progress has been steadfast. After falling to Judge in the semis two years ago and Ryan in last year’s quarterfinals, this year’s Roman squad finished third in the league with a record of 8–2–1. For the first time in program history, the Cahillites beat La Salle this season, which has the team thinking championship. After a 1–0 overtime win over Archbishop Wood in the quarterfinals on Tuesday night, Roman advanced to face Lansdale Catholic in Saturday’s semifinals to be played at Ryan. The winner of that match gets the winner of Judge-Ryan in Tuesday’s championship, also to be played at Ryan.

“Roman isn’t given any respect in our league and the team realizes this,” said Hansen, a Fox Chase resident. “That is why we take it into consideration to put Roman on the map, for our team and the future of the program. Hard work and dedication always pays off. ‘Quiet confidence’ is our motto because we fly under the radar, but we believe we have what it takes.”

DeTreux, a Somerton resident, said he grew up going to sports camps at Ryan and fully expected to end up there. He figured ending up at the school on Academy Road was “kind of my destiny,” but he gave in to his parents and consented to a visit to Roman. He couldn’t be happier with his decision.

“My mom wanted me to take a look at Roman, and I wasn’t really excited about it,” he said. “But when I visited, I fell in love. I knew it was the place for me. The soccer program actually didn’t play a huge role in my decision to come to Roman. My dad always stressed to me that I shouldn’t choose a school because of sports, but rather because of academics and where I would be happiest.”

And has DeTreux been happiest as a student-athlete at Roman, now that he has helped turn the Cahillites into a legitimate championship contender?

“Playing soccer at Roman has truthfully been one of the best experiences of my life,” he said. “This program is what I’ll miss most about the school. That is a credit to Coach Ray and (assistant) Coach Jerry (Brindisi, who also hails from the Northeast). Roman was never a soccer school and they’ve built it from the ground up. We truly are brothers. We fight like brothers too, but no matter what is said or done we all know at the end of the day we love each other and there’s nothing we wouldn’t do for each other.”

There is also the interesting wrinkle of the players on the team, once rivals for competing soccer clubs growing up in the Northeast, becoming best friends as part of a growing brotherhood.

“I played against Diego, Norman and Mariano growing up,” DeTreux said. “We were rivals and every time I played against them it was a chippy game. Now they are my closest friends at Roman. Looking back, it’s weird how it all worked out.”

Cepeda, who was born in Argentina and moved to the United States at age 3, is the newest member of the Cahillites. He originally intended to go to North Catholic, where his older brother went, but decided on Abington Friends School when North closed. “Wanting to experience what it was like to be at a Catholic school,” Cepeda transferred to Roman for his senior year and was welcomed in immediately with open arms.

“I knew some of the guys, but I hadn’t seen them in years,” said Cepeda, who has lived near Bustleton and Tyson since he was 9. “Playing for Roman is like no other feeling. We are a really close group. We all feel that if we can lower the amount of mistakes we make in a game from few to none, no team is better than us.”

Regardless of how this season ends for the Cahillites, the Northeast-based seniors are proud at how far the program has come. A soccer afterthought no longer, Roman is now a bonafide Catholic League contender year in and year out.

“Roman will live on in my heart and the soccer program is one of the best,” Ramirez said. “I wouldn’t change anything even if I had the chance.”

“Nothing is better than having a family away from home that you know will always be there if you need anything,” Hansen said.

“This is just the beginning, though,” Cepeda concluded. “We will definitely continue to be great friends.” •• 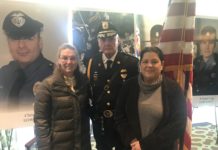 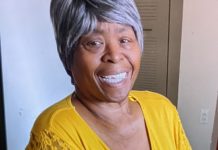