Eight area companies participated in the Martelli Games, where they compete at Dave & Buster’s to earn tickets while raising money for people with disabilities.

By Logan Krum and John Cole

Glitzy lights flashed, buttons were smashed and tickets were dispensed, all in the name of a good cause.

On June 6, Dave & Buster’s at Philadelphia Mills housed the ninth annual Martelli Games, which challenges employees from eight area companies to accumulate as many hard-earned tickets as they can in one hour.

But it’s not just fun and games. The games were created to help raise funds for Development Enterprises Corporation, a nonprofit that assists individuals with intellectual disabilities to help them realize their full potential.

“I want people to know there are people out there who are disabled that can be great employees,” said Ed Shapson, who created the event. “There is work these people can do. Hire these people.”

The games are hosted by Phil Martelli, men’s basketball head coach of the St. Joseph’s Hawks.

“I get a lot more out of it than I give, to be honest with you,” Martelli said. “Anything that is associated with DEC is gold to me.”

In the end, the accountants at EisnerAmper reigned supreme, somehow accruing over 21,000 tickets in just an hour. The company clocked in its first victory after competing in the games since its inception. Their celebrity team captain was Raheem Mapp, director of Temple University basketball operations.

They beat out runner-up Alliant Insurance Services, led by Horace “Pappy” Owens, assistant coach for the La Salle University Explorers. The second runner-up was Flynn O’Hara Uniforms, which was led by Rob O’Driscoll, the assistant men’s basketball coach for the Drexel University Dragons.

Each company donates $1,500 to DEC. Dave & Buster’s picks up the entire tab, including food, each year. The money helps fund personalized therapies, vocational training and skill development for the individuals.

“In Philadelphia, we really do take care of our own and this is another example of these companies and their workers taking care of DEC and their clients, so it’s a really Philadelphia event,” Martelli said.

Shapson said he had never expected the games to become so “heated.” Each year, competitors become more savvy and execute more aggressive strategies. As soon as time was called this year, participants rushed to the games, gathering speed as they went.

“The competition just keeps getting more and more heated each year. I had to remind people to take it easy and just have fun,” Shapson said. “You’d think we were giving them a free cruise.”

A referee was knocked to the ground within the first few minutes.

Since its founding in 1971, DEC, based in Norristown, has helped thousands of individuals with disabilities. Its mission is to “create a place where people with disabilities could live healthy, meaningful, productive and safe lives in communities where they are valuable and valued for their contributions.” •• 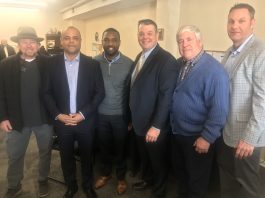 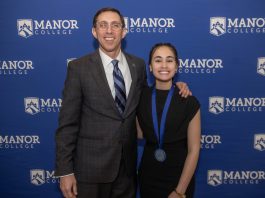