Students from School District of Philadelphia community schools, including George Washington, prepared fresh ravioli to show off the culinary skills they learned from a recent trip to Florence, Italy. 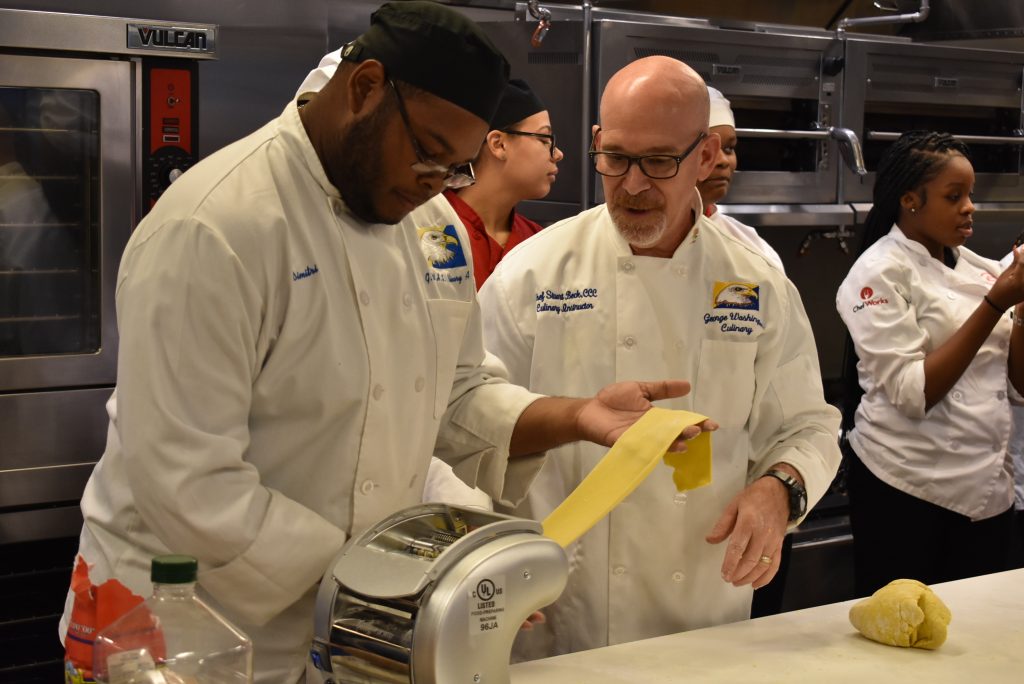 After spending 10 days in Florence, Italy, preparing authentic ravioli from scratch for Mayor Jim Kenney and other Philadelphia officials was a piece of cake.

Students from community schools in the District, including a handful from George Washington High School, hosted a cooking demonstration at the Free Library of Philadelphia at 1901 Vine St. in Center City. Kenney, Superintendent Dr. William Hite, Chief Executive Officer of the Mayor’s Office of Education Otis Hackney were there to sample the cuisine and even offer a helping hand.

“This was my first time out of the country,” said GWHS senior Dimitri McWarren. “I wanted to stay another 10 more days to a month.”

Students spent 10 days in the country learning culinary skills, sightseeing and staying with host families. McWarren said his host family taught him greetings and how to say thank you. In the spring, the host families will come to America for a similar experience.

“A lot of folks in Philadelphia don’t get the chance to leave their neighborhood, let alone leave the country and have this life-changing experience, and this will be something they’ll always remember,” Kenney said. 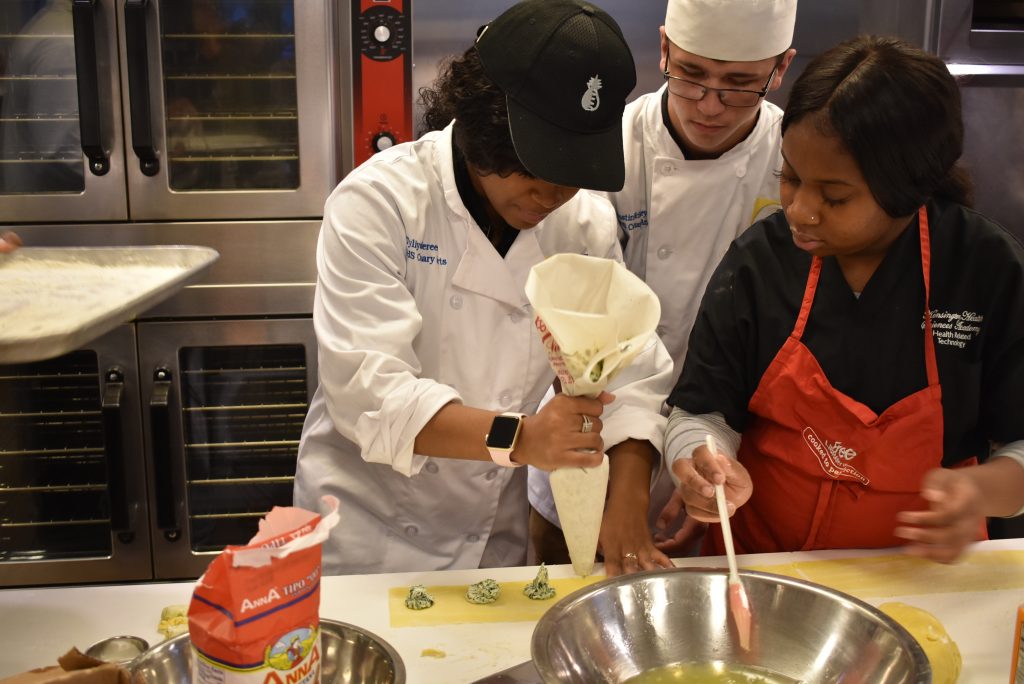 They learned at Scuola di cucina Tessieri in Pisa, which is stocked with equipment like its own wood-burning oven. They learned how to prepare fresh pasta and how to pair sauces with particular pasta shapes. For example, pasta rigate, which has grooves in it, catches sauce better some other shapes. Northern Italy uses more meat in their dishes, while southern Italy focuses more on vegetables. Cooking classes lasted three hours.

Chef Stuart Beck, the culinary teacher at GWHS, accompanied students on the trip.

“We ate a lot, it was unavoidable,” he said with a laugh. “A lot of pasta with every meal.”

This was GWHS student Tatrice Goodwin’s first time out of the country, and she said she was surprised by how seriously they take cooking over there compared to America. She also said there was more emphasis on school hours in Italy, saying school was in session even on Saturdays.

“My host made some bacon chunks with ribbon pasta in a creamy sauce that was amazing,” she said. She made sure to learn how to cook it herself.

The trip was made possible through a partnership with the Mayor’s Office of Education and Citizen Diplomacy International, and with support from Wells Fargo, Women’s Culinary Guild in Philadelphia, The Fund for the School District of Philadelphia, Pennsylvania Restaurant and Lodging Association, Career Through Culinary Arts Program and individual donors.