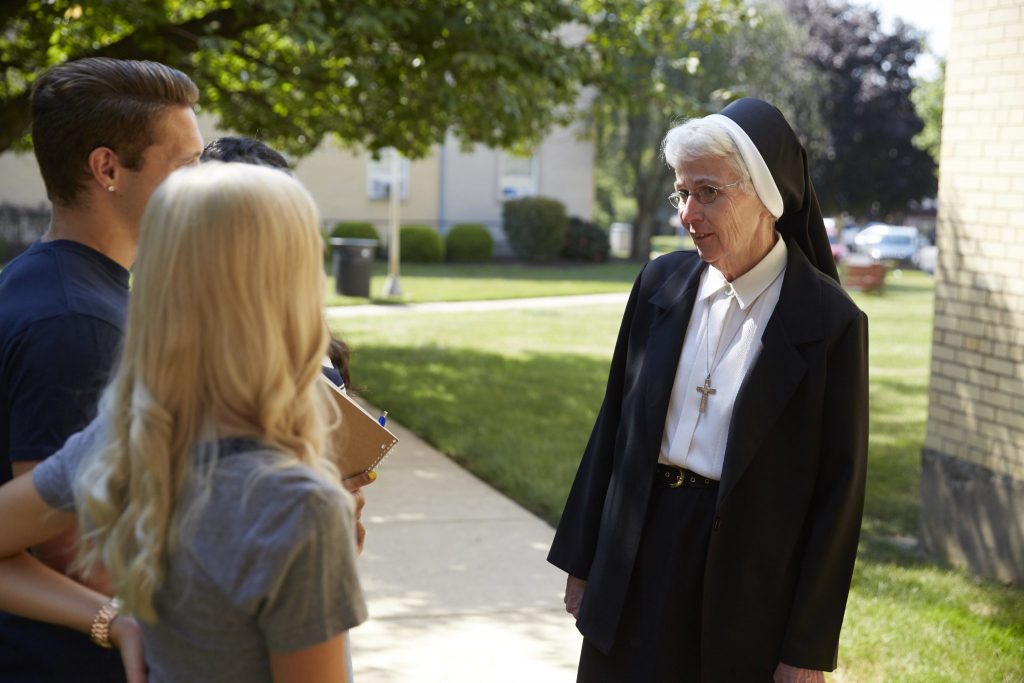 For high school, she attended Nazareth Academy, graduating in 1964.

By September of that year, she had joined the Congregation of the Sisters of the Holy Family of Nazareth. At the time, there were about 900 Sisters in the United States.

Those missions were healthcare, education and social work. Today, there are fewer than 250 Sisters, and the median age is higher. They focus on social services now more than ever, with much of the work taking place overseas.

At one time, she wanted to be a medical technician.

Ultimately, she decided to pursue the congregation’s education mission.

“I like science,” she said. “I thought education would be OK.”

For three years, she taught math to seventh- and eighth-graders at St. Katherine of Siena.

Next, she spent four years teaching biology to freshmen and sophomores at Nazareth Academy (where she remains as a board member).

“I enjoyed the kids,” she said.

“I’ve been here ever since,” she said.

Administratively, she was vice president of academic affairs and provost before being named Holy Family’s fifth president in 2014. She replaced the legendary Sister Francesca Onley, president for 32 years, who still works in development and advancement for the university. The current and former president live on campus at the Delaney Hall convent.

Sister Maureen oversees a university of 3,000 students, two-thirds of whom are undergraduates. The other one-third are graduate students and adult learners. Looking at trends, the president sees a 50/50 split in the future.

About half of the students are the first in their families to go to college. Student retention, Sister Maureen said, is just as important as admission.

Some 200 undergrads live on campus in two buildings.

Besides a variety of majors, minors and master’s programs, Holy Family offers doctorates in nursing practice, psychology in counseling psychology and education in educational leadership and professional studies. The president also hopes to strengthen the business program.

Other university highlights, according to Sister Maureen, include honor societies, NCAA sports, the annual Habitat for Humanity spring break trip and other service projects, activities, career fairs and campus ministry.

There is plenty happening at Frankford and Grant avenues.

“We have a full campus life,” Sister Maureen said.

Still, the president wants Holy Family to be an even bigger presence.

“Everybody says we’re a nice, hidden jewel in the Northeast. But we want to be out there,” she said.

Holy Family also has two sites in Bucks County: a building on 79 acres in Newtown and 5 acres at an off-the-beaten path space in Bensalem.

In May 2017, NewCourtland Senior Services bought 32 acres at the former Liddonfield Homes housing project, at Torresdale Avenue and Megargee Street. Holy Family and NewCourtland planned to team up to build athletic fields for the university, but little progress has been made on site.

“It’s alive and well,” Sister Maureen said of the project.

The president said the site will feature a track and fields for softball, soccer and lacrosse, and she is optimistic that folks in Upper Holmesburg will be pleased with the finished product.

Sister Maureen enjoys the relationships the university has with the likes of the Greater Northeast Philadelphia Chamber of Commerce, the Union League Golf Club at Torresdale and the surrounding community.

“Our neighbors have been very, very supportive,” she said.

Sister Maureen has high praise for her faculty and staff, saying they “go the extra mile.”

“Out staff is dedicated,” she said. “Our faculty is a strong faculty that is well trained, interested in teaching and focused on helping students.”

The university takes pride in making an average student a good student.

Sister Maureen said there are plenty of reasons students and their parents should consider Holy Family. 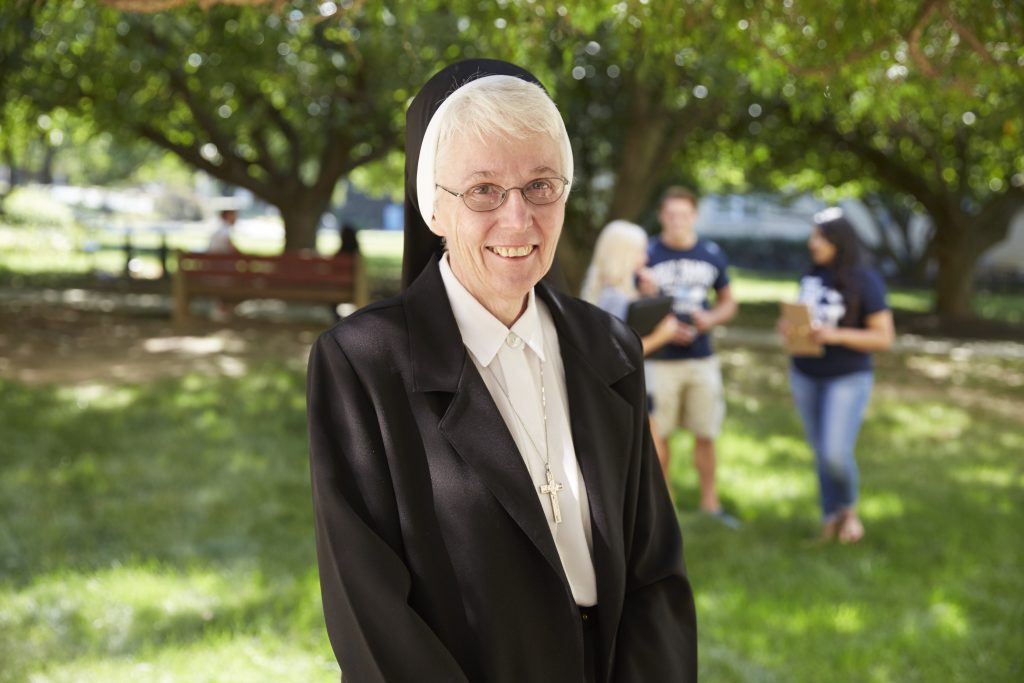 “What should make us different is our mission to serve families and bring each person to their fullest potential,” she said. “Students will find an environment of care and concern. They’re not going to get lost in the cracks.” ••