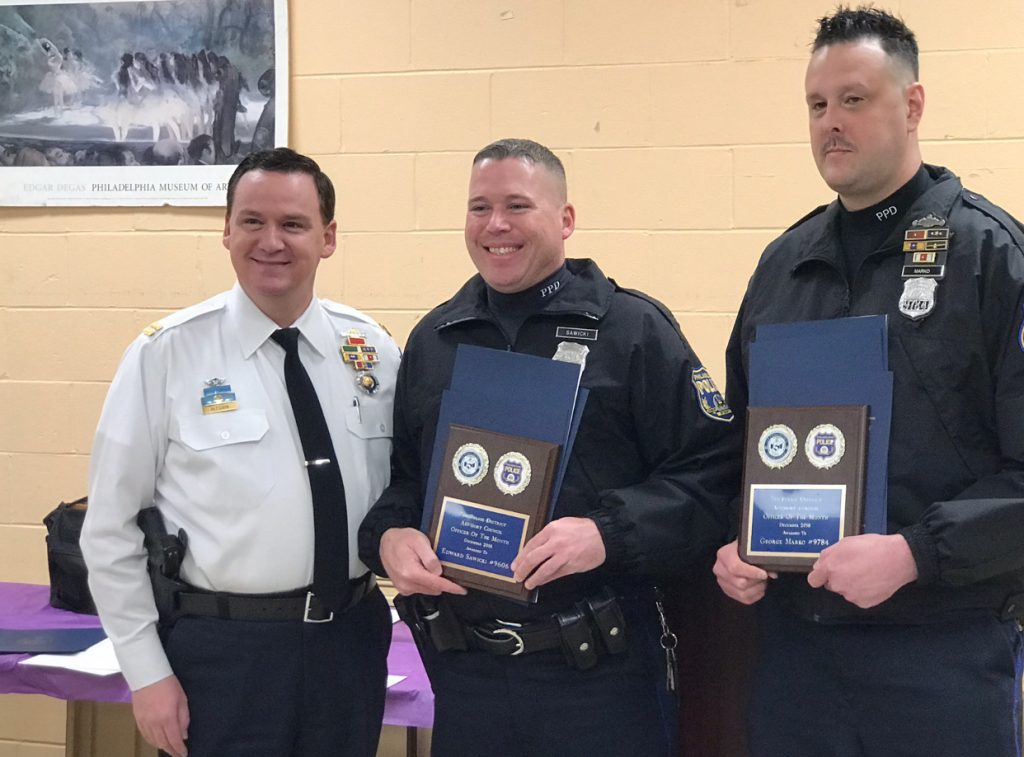 On Dec. 4, after 2 a.m., they responded to a radio call for a theft in progress on the 2700 block of Solly Ave. Upon arriving at the location, the officers immediately were met by the caller, who caught two men breaking into his car. The caller chased, caught and detained one of the men. Marko and Sawicki discovered the male suspect took about $200 worth of items from the car. He was charged with theft by unlawful taking, terroristic threats and theft from vehicle.

On Dec. 20, after 1 a.m., they responded to a radio call for a theft in progress on the 300 block of Laura Lane. They found the offender sitting inside of a gray Mercury. The officers detained the male. An investigation showed the offender attempted to take a laptop computer and a Swiss Army knife from the vehicle. The complainant stated he did not know the male and did not give any permission to go into his vehicle and remove items. The male was charged with theft by unlawful taking.

On Dec. 27, after 2 a.m., Marko and Sawicki responded to a radio call to investigate teens on the highway and a bike on fire behind an electrical box. When the officers rolled up on a male walking away from the burning bike, he took off running. Sawicki ran after him and located him hiding in bushes. Back at the scene, the officers discovered several graffiti tags, including on a 2011 Mercedes. Sawicki found a large Sharpie marker and a Bic lighter on the suspect. The Fire Marshal’s office concluded the bike fire was arson. The suspect was charged with arson, criminal mischief, possession of an instrument of crime, terroristic threats and loitering and prowl.

“These two officers are two of the most motivated workers in the 7th District,” said Capt. Robert Ritchie, commander of the district. “The officers continue to investigate and pursue leads that have cleared numerous jobs and have led to several significant arrests that originated in the 7th District. This makes them the perfect candidates to be recognized for their tireless efforts in improving the quality of life for the citizens of the 7th Police District.” ••