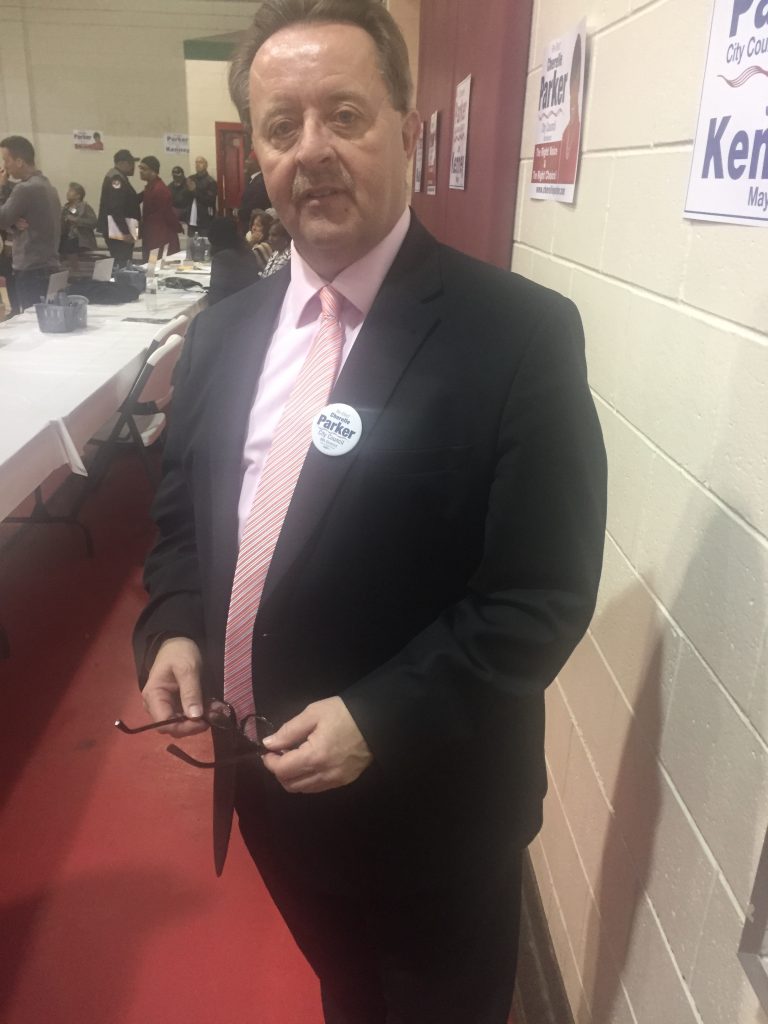 Bill Dolbow, a ward leader, director in the auditor general’s office and president of the Lawncrest Community Association, is circulating petitions to run in the Democratic primary for register of wills.

Democrat Ron Donatucci was elected register of wills in 1979. He enrolled in the Deferred Retirement Option Plan (DROP) in 2007 and collected a lump sum payment four years later, but remains in office.

Donatucci is circulating petitions to run again, but there are rumors he will not file or will decide to not run after the filing period ends.

Dolbow is Democratic leader of the 35th Ward and Southeast director in the auditor general’s office.

A half-dozen Democrats are said to be circulating petitions, some of whom don’t want to get caught off guard if Donatucci drops his re-election bid and a favorite of his or the Democratic establishment is left standing as the only candidate with petitions filed.

Others circulating include Tracey Gordon, an activist from Southwest Philadelphia.

Republicans do not have a candidate. 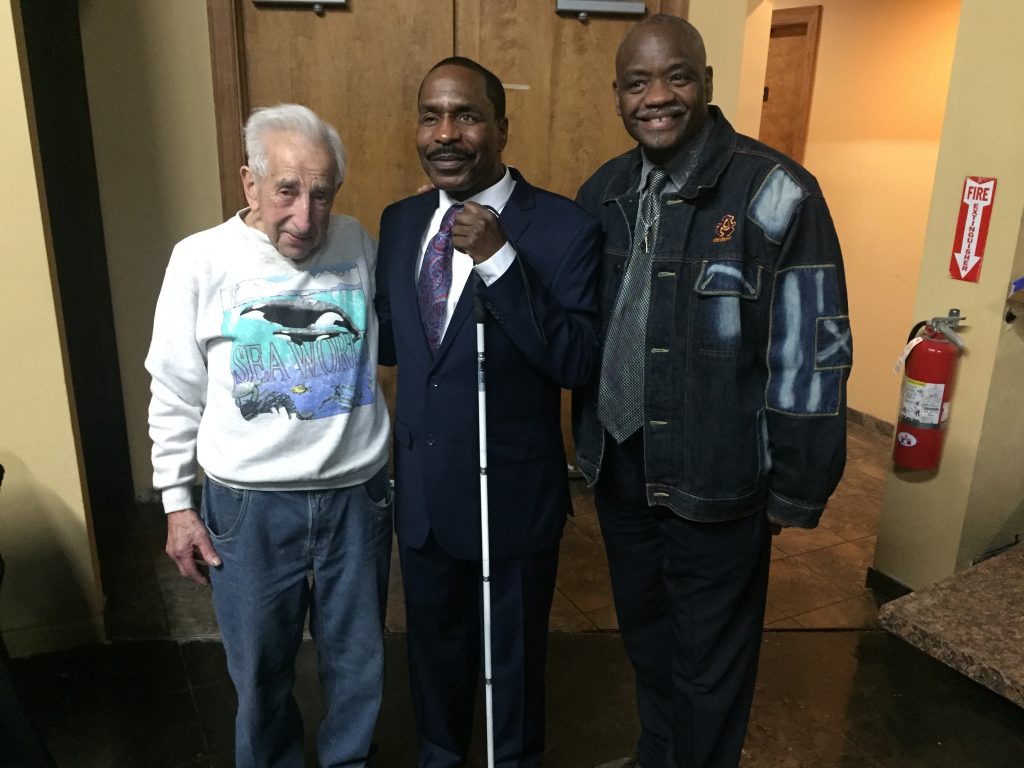 Leacock, of Olney, has been a teacher, Town Watch organizer, civic activist, 61st Ward committeeman and advisory committee member at Community College of Philadelphia’s Northwest Regional Center. He has a master’s in public administration from Temple and was an instructor in political science at the university.

A native of Trinidad who has been blind since 14, he has advocated for at-risk youths and their families through the Institute for the Development of African-American Youth Inc. He believes he has the leadership skills to be an effective councilman.

The issues he plans to address in the campaign and, if elected, in office, include low standardized test scores and high truancy rates in public schools, the high murder rate and other crimes.

“I want to make Philadelphia, not the poorest big city, but the richest big city,” he said.

Leacock hopes to spread his message with the support of small donors.

“I’ll take a dollar from a thousand people. My success is your success,” he told the crowd. “I’m not fighting Cherelle. I’m fighting for the city of Philadelphia.”

There is no Republican candidate. 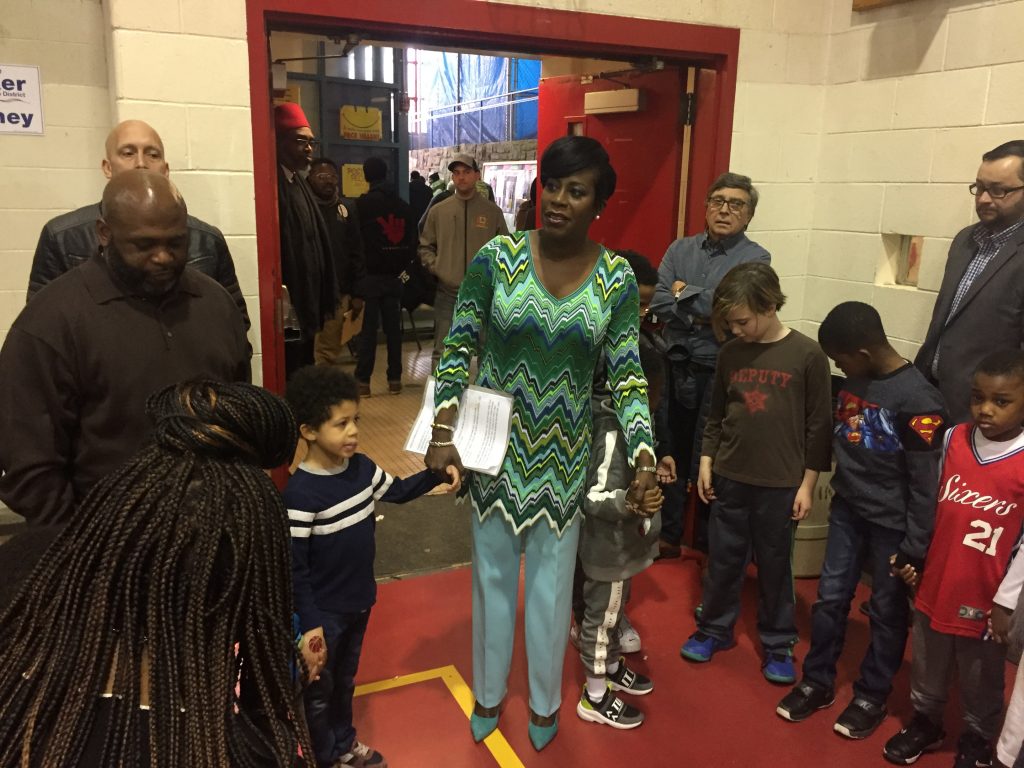 Meanwhile, Parker announced her re-election on Saturday during an event at Finley Recreation Center that lasted almost 3½ hours.

One of Parker’s priorities is strengthening commercial corridors, such as the ones on Rising Sun Avenue and Castor Avenue. The consumer dollars are there, she said.

“We are incentivizing small businesses coming to our neighborhoods by making them aesthetically pleasing,” she said.

The councilwoman said the beverage tax is helping the city provide pre-kindergarten and improvements to recreation centers, parks, libraries and public schools. She plans to lobby the state for money to improve the infrastructure at schools. And the tax revenue from more businesses, she said, can go to the general fund to help reduce poverty.

Parker has introduced a bill that, if passed, would ask voters in the May 21 primary to change the Home Rule Charter to call on the General Assembly to raise the minimum wage to $15 an hour.

The incumbent wants to diversify the building trades unions to make them look more like Philadelphia’s population. She recalls bringing black men to Steamfitters Local 420 on Townsend Road to inquire about jobs.

“I didn’t even know the Northeast went that far until I went to their union hall,” she joked.

Hundreds of people attended the announcement, including state House Speaker Mike Turzai, a Republican from Allegheny County. He and Parker served together in the House. He credited her for fighting for Philadelphia on issues such as educational accountability and tax reform.

“We’re all soul mates with this great lady,” he said. “In the end, we’re all Pennsylvanians.”

Several people mentioned that they expect Parker to hold an announcement in four years that she is running for mayor.

“We need you in Washington,” Boyle said.

The event was hosted by the South Philadelphia and Central City Republican coalitions.

Irina Goldstein, a native of the Soviet Union, is running in the Republican primary for an at-large City Council seat. She did not participate in the candidates night or straw poll.

Goldstein, of Bustleton, was the first in her family to go to college and get an MBA. She is CEO of a fashion company and a financial company.

She opposes increased taxes, arguing they would be bad for small businesses and jobs. She favors an audit of spending in the School District of Philadelphia. She opposes the beverage tax and the proposal to ban cashless stores. ••