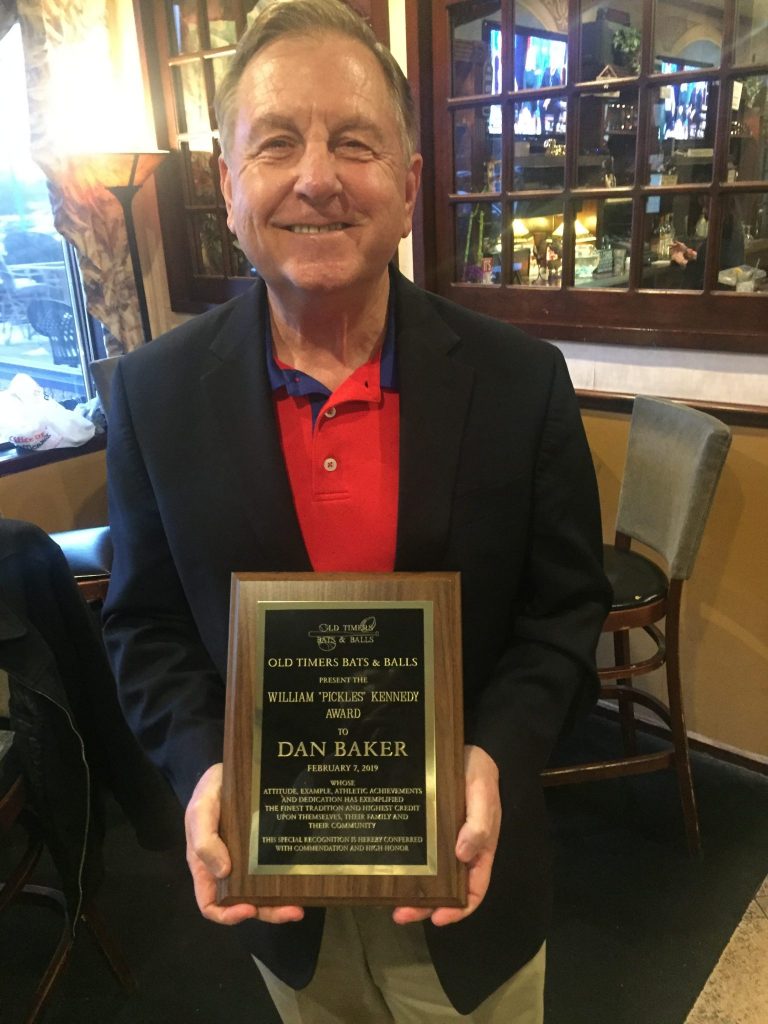 Baker is the longtimer public address announcer for the Phillies. He served the same role for the Eagles for 29 years and now announces the games at Xfinity Live.

Baker opened his remarks by saying, “Now batting for the Phillies, No. 10, catcher J.T. Realmuto,” referring to the talented player who just joined the team in a trade.

“How would this one sound?” Baker asked the crowd. “Now batting for the Phillies, No. 34, right fielder Bryce Harper.”

The Phillies are hoping to sign the star free agent. 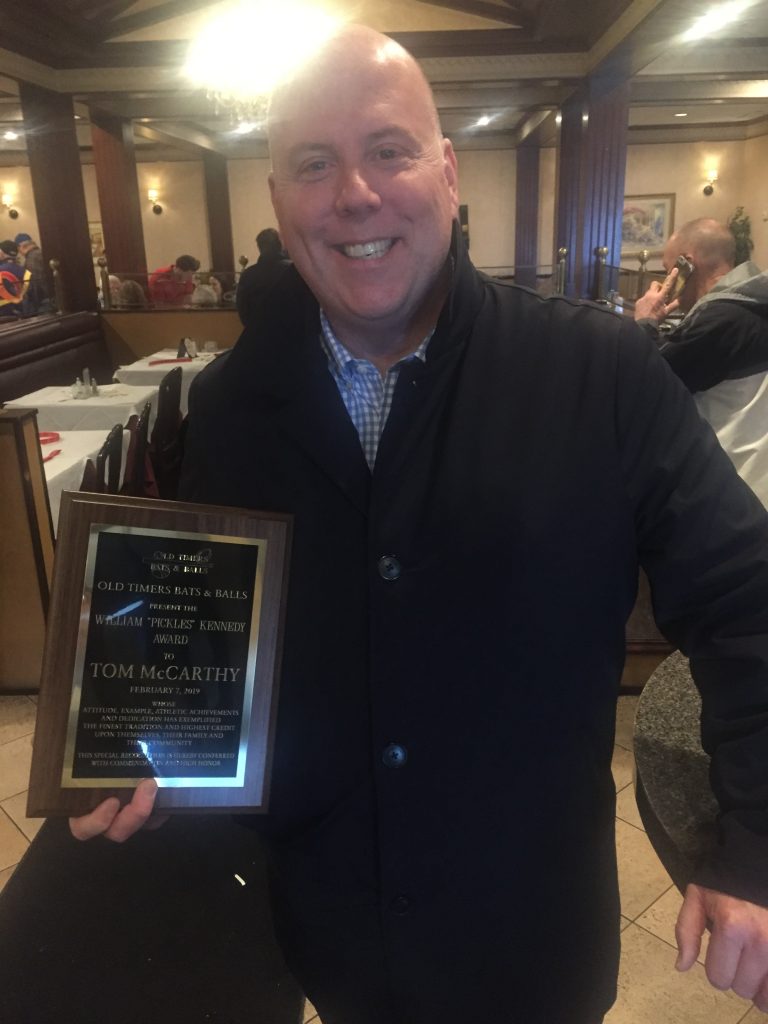 McCarthy, the Phillies television broadcaster, predicted Harper would not wear 34, because that was the number worn by the late Roy Halladay, recently elected to the Hall of Fame.

McCarthy spoke on Feb. 13, the day after pitchers and catchers reported to spring training and the day star pitcher Aaron Nola signed a four-year contract extension that the broadcaster called “awesome news for all of us.”

The Phillies will be on the radio Friday against the Tampa Bay Rays and on television Saturday vs. the Pittsburgh Pirates. McCarthy said he will again be joined by Ben Davis and John Kruk. Mike Schmidt will be on Sunday broadcasts. It’s possible that Jimmy Rollins, recently hired as a special adviser for the team, will make appearances in the booth.

McCarthy noted that the Phillies will hold retirement ceremonies for Rollins (May 4), Chase Utley (June 21) and Ryan Howard (July 14). 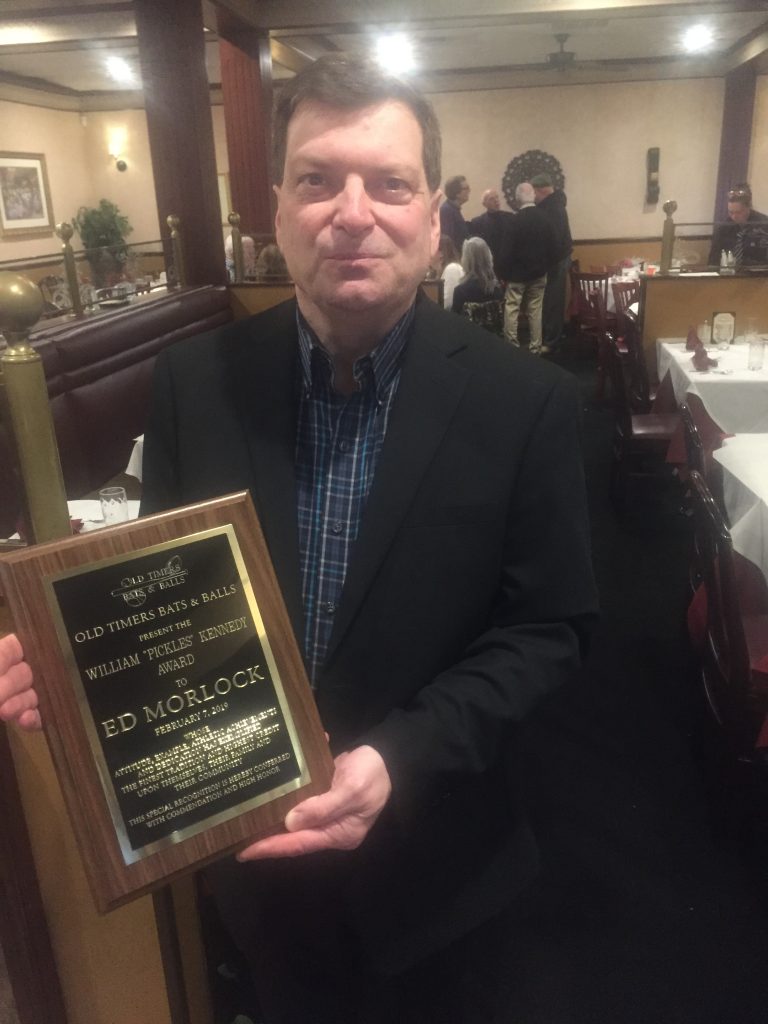 Morlock, an Olney native and 1975 Central High School graduate, was a star baseball player for coach Joe Malizia at Philadelphia Textile and a three-time Most Valuable Player with Magnolia in the Pen-Del League.

The Pickles Kennedy Award is named in memory of a former star basketball player at Abraham Lincoln and Temple. Kennedy spent a year with the NBA’s Philadelphia Warriors, then played minor league baseball for several years in the Pirates organization.

The Phillie Phanatic entertained the crowd, and all women were given roses at the Valentine’s Day eve luncheon.

Bobby Wine addressed the crowd. He was a Gold Glove shortstop for the Phillies and a coach on their 1980 World Series championship team.

The next meeting is May 8.