Silary made his mark on Philly high school sports 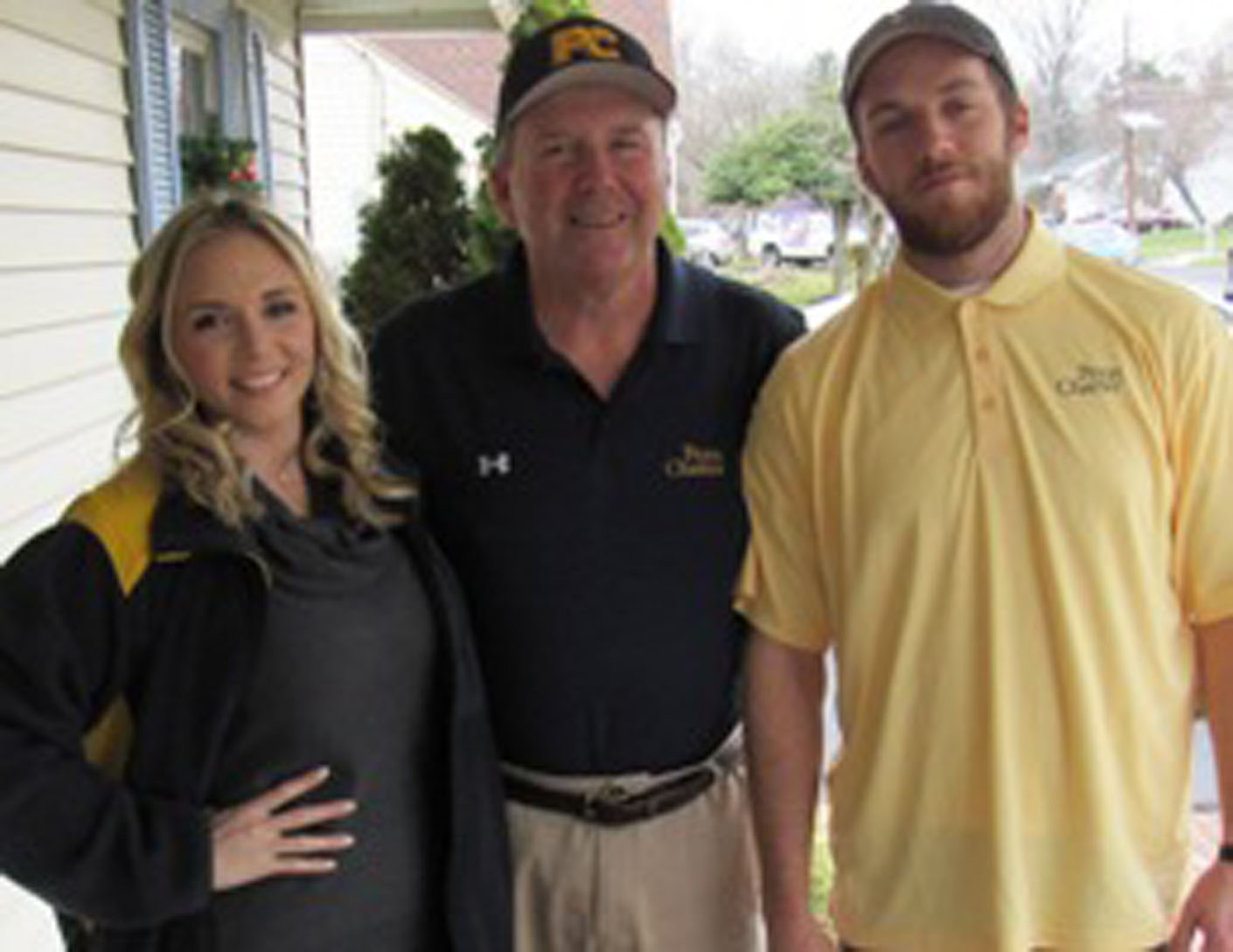 Ted Silary made a career out of making people look good.

Silary, the longtime sports writer at the Philadelphia Daily News, covered high school sports like no other.

You could be sure his stats would be accurate. You could be sure the facts and figures he would put in his story would be 100 percent correct. But that’s not at all what makes him a legendary sports writer and staple of the Philadelphia high school sports scene.

“Ted has the ability to make someone ‘viral’ before social media,” said Ryan Nase, a Father Judge grad, who played at Judge and is now the football coach at Cheltenham. “When Ted did a story on you, you felt like a celebrity and he always treated you like a professional when, in reality, he was the true pro.”

Silary still is a true professional, but he is giving up covering high school sports on his incredible website, Tedsilary.com. He will continue to check in with his coverage of Eastern High School, located in Voorhees, New Jersey, not far from Silary’s home.

The site will remain up and will still be a resource for anyone who wants to know about the rich tradition of the Catholic League, the Public League or the Inter-Ac. On the site, you’ll find anything you want to know about the leagues, including champions, all-league teams, game reports on many games, recaps of all playoff and championship games and all kinds of facts and figures.

Many Philly high school fans will no doubt continue to monitor the site because they’re fans of the man who runs the site.

And in reality, Silary’s legacy will live on in Philadelphia because many other writers and editors sat under his learning tree.

“I loved working with Ted, I worked with him for a long time, I was a member of his posse who would go around and keep stats at high school games,” said longtime Daily News news editor Joe Berkery, who has worked at the Daily News since 1988. “I learned a lot from Ted. He made me better. There were games I would come back and maybe didn’t have the right numbers or had a name spelled wrong. He would lovingly and sternly tell you that you have to get it right. It made me a better journalist, and he wanted it done right because he cares so much.”

Silary loved to help journalists of all levels become better. He would share his stories with you, add you to his stat team and then help you any time you needed it.

“I owe everything in my journalism career to Ted,” said Kevin Cooney, a Father Judge grad who covered the Philadelphia Phillies for the Bucks County Courier Times and now for Forbes.com. “I was a (wiseguy) manager at Father Judge and he took a chance on me and let me keep high school stats for him, that’s how I got into journalism. He helped me more than anyone knows. He is a mentor and a friend.”

For someone who is great at keeping stats, Silary can easily tell you how many rushing yards a Father Judge tailback had in 1987 or he can tell you how many career wins Mark Heimerdinger has during his coaching career at Fels and Cardinal Dougherty. But one stat the Penn Charter grad certainly doesn’t have is the number of people he influenced during his days at the Daily News, and even before that when he worked at the Philadelphia Bulletin, where he started covering Philly high school sports in 1975.

“In a pro sports-crazed town, a city with four major professional teams, and a historic college basketball scene, one might think there was not much room left for the little guy, however, Ted always made sure that didn’t happen,” said Ed “Huck” Palmer, a longtime stat man at the Daily News who also keeps stats for his alma mater West Catholic, as well as the entire Catholic League. “His dedication, commitment and hustle on the schoolboy circuit was unmatched and a daily treasure for so many for nearly four decades.

“Ted did his job with a tremendous amount of professionalism and fairness. It was never about him, but always about doing right by the kids who deserved the attention. Ted understood the value in recognizing young people better than most. His love for the three city leagues was expressed loud and clear in every article he wrote.”

For Silary, it wasn’t just a good career, but a way of life.

It’s rare for sports writers to have fans, but long before Twitter was a thing, people followed Silary. Even if you didn’t care about either team he was writing about, if you saw Silary’s byline in the Daily News, it was a must-read. His website became the same thing when it debuted in 2000 and stayed that way even after he retired from the Daily News in 2013.

“I don’t think I ever met anyone who loved their job as much as Ted,” Berkery said. “I mean, he loved it. And you should see him work. He would go to a game, come back to the office, write two or three stories, fill out all of the box scores and then do the roundup. When he left, he would have done more in his shift than most people could possibly do in a week. We would be in awe of him.”

You’ll notice there are a lot of people talking about Silary, but you see no quotes from Silary. That isn’t unusual. He would always put the focus on the athletes, and even though he has time for anyone who wanted to talk, either about high school sports or just fun facts, but Silary never talks about himself. He was far too busy talking about others.

“Ted covered high school sports and he would always make it about the athlete,” Cooney said. “He would always talk to the players. It was their time to shine.”

“A lot of reporters will run right to a coach after a game, but Ted doesn’t do that,” Berkery said. “He does stories through the athletes’ eyes. Not a lot of guys can do that. He would talk to coaches if he needed to, but he put the focus on the athletes.”

Silary also owned his beat, and it was a beat he wanted.

Some might think high school sports is a stepping stone, but not at the Daily News.

“Ted could have had any beat he wanted,” Berkery said. “He could have done the Eagles or Phillies. He would fill in at times and he was great at it, but he wanted to stay with high schools. He loved doing it.

“He just enjoys being out there. I still talk to him, mostly through email, and we still talk about it. I loved his writing, and who didn’t love his nicknames? He would always come up with the best nicknames for players.”

Some still use those nicknames to this day. And he’s given many more than just a nickname.

“What people may not realize was how many careers he helped launch, not just guys like Kevin Cooney and Aaron Carter who became sportswriters, but guys like me who got into coaching and athletic administration and my first internship was doing stats and covering games for Ted Silary in high school,” said Nase, who was dubbed “Goose” by Silary when he was in high school because he had a slight resemblence to Tony Siragusa. “People use this line all the time, but in this case it’s definitely true, there will never be an individual in the media who does more for high school sports and athletes than Ted Silary has done over the past almost 50 years.”

He will likely spend more time watching sports with Anne, the woman many know simply as “the wife.” And he will still take pictures at Eastern games and he still plans on updating the site with all-star teams from the Daily News.

Another thing that will remain is everyone’s love for his site, his work and more than that, for him.

“My experiences with Ted helped me become a more reliable and dependable person,” Palmer said. “I never wanted to let Ted down, so when covering a game for him my focus and attention to detail were always as high as I could take it. For probably 25 years now, a week hasn’t gone by where I haven’t spoken with Ted on at least two or three occasions during that week.

“ I am so thankful for that opportunity. The stories and laughs we have shared have been incredible. The most important thing for me with Ted is that I get to call him a good friend and I don’t see that changing anytime soon.”

“I was sad when Ted left the Daily News, but we’ve remained great friends,” Berkery said. “The jokes, the inside jokes, are probably the best thing we have. Ted is a great writer who helped me a lot, but more than that, he’s become a friend.”