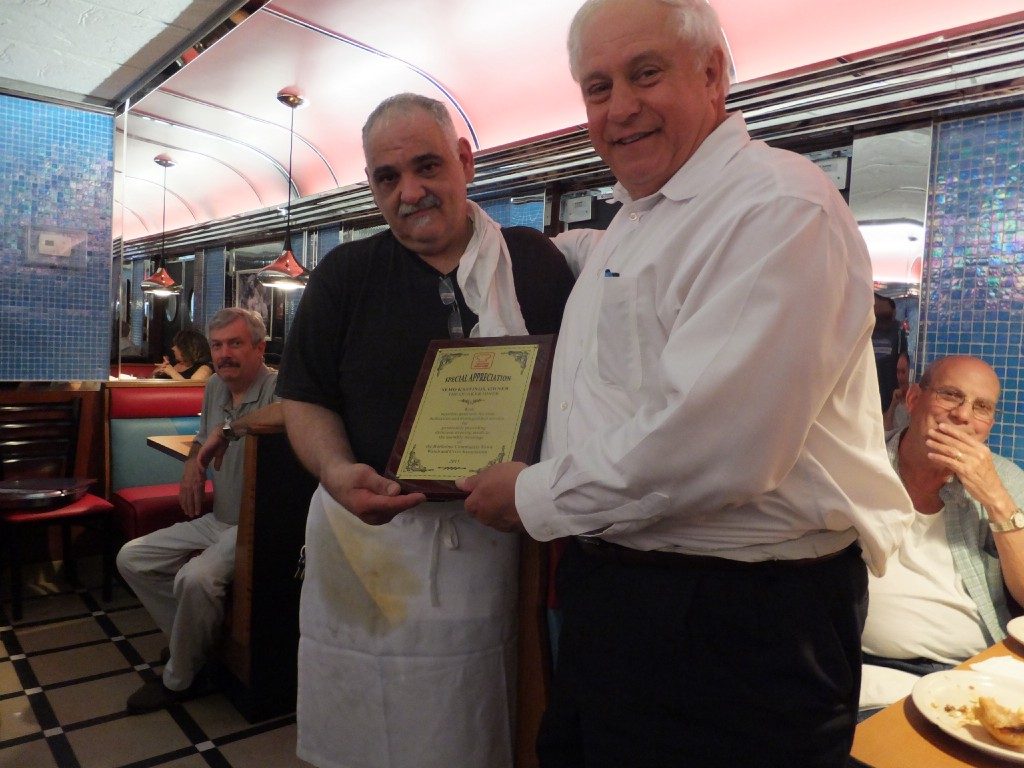 The banners will be 2 feet by 3 feet. They are still in the concept stage.

Some people complained that the dragon proposed for the Castor Avenue banner is geared too much to the Chinese community.

In other news from the March 14 meeting:

• Mark Mroz, community relations officer in the 2nd Police District, distributed copies of a survey that can be completed by residents on public safety issues.

• TreePhilly, a program of the city Department of Parks and Recreation, will distribute yards trees on April 13, from 11 a.m. to 1:30 p.m., at the Exchange at Oxford Circle, 6434 Castor Ave.

Free mulch and demonstrations on tree planting and care will be offered.

• Among those in attendance was Archye Leacock, a Democratic candidate in the 9th Councilmanic District.

• Councilman Al Taubenberger, former president of the Town Watch and civic association, spoke about his continued opposition to the city beverage tax. He cited the Pepsi and Coca-Cola plants in the city. When the tax passed, it was opposed by Taubenberger, fellow Republican Councilmen Brian O’Neill and David Oh and Democratic Councilwoman Maria Quinones Sanchez, whose district includes the Coca-Cola plant.

Taubenberger said the tax chases consumers out of the city to supermarkets in places like Jenkintown and Huntingdon Valley to buy soda and other groceries. He cited the recent closing of a ShopRite in Overbrook.

Taubenberger, who complained about paying $6 for two cans of soda, voted for a resolution to study the tax. He hopes his fellow Council members who support the tax agree to at least lower it.

In a unanimous show of hands, Taubenberger was named president emeritus of the civic association.

• The civic association last month opposed a businesswoman’s appeal for a special exception to open a multipurpose room at 7217 Rising Sun Ave. Splash of Colour Cultural Art Center would be 725 square feet. The room would be rented, with a 10 p.m. curfew. No alcohol would be permitted. Neighbors expressed a concern about parking. Also, they wondered why the area needed such a business as, in January, the group approved legalization of The Event Spot, at 7215-A Rising Sun Ave.

However, Councilwoman Cherelle Parker did not join the group in opposing Splash of Colour, and the Zoning Board of Adjustment granted the special exception through April 2022. ••