St. Martin of Tours honoring retired educator as Alum of the Year 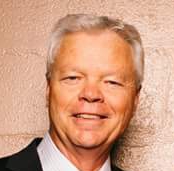 Whenever he’s asked about his elementary school days, Jim McAnulty doesn’t “wow” listeners with stories of straight A’s and honors. He simply describes his younger self as a “middle-of-the-road, average student.”

But during his years at St. Martin of Tours School, in Oxford Circle, a strong, unbridled passion for education was forming. McAnulty just didn’t realize it yet.

Never in his wildest dreams did he envision a lifelong career as not only a teacher, but an administrator in the city and Bristol Township School District, where he influenced children of all grade levels, nationalities and learning abilities.

Though McAnulty, who lives in Langhorne, retired from Bristol in 2014, where he served as special education supervisor and director of gifted programs, his 38 years of work are not being forgotten. Recently, it was announced that St. Martin named McAnulty, a 1968 graduate, as its 2019 Alum of the Year, a title that will be officially bestowed upon him on April 13 during a gala at Parx Casino in Bensalem.

“It’s really quite an honor. My whole childhood was in that neighborhood. I went there from first to eighth grade. I was just one of many average kids. So when they contacted me to honor me, I was just thrilled. I couldn’t believe it because there were so many people, I’m sure, in my class and other classes, that have done really well in life,” he told the Times, sharing how there were approximately 60 students in his classroom alone. “For me to be picked is incredibly surprising, but it’s a real thrill.”

Reflecting on those formative, St. Martin years, McAnulty names one nun in particular, Sister Barnabas of the Sisters, Servants of the Immaculate Heart of Mary, who unintentionally set him on the educational path. As his seventh-grade teacher, Sister Barnabas would share stories with the class of her travels in Peru, where she educated the youth of South America. McAnulty was always fascinated by her experiences.

“I think it really affected me and sparked my interest in that area,” he said.

When McAnulty got to Father Judge High School, where he graduated from in 1972, that spark grew as he excelled in Spanish class. Still, upon his arrival at Temple University, McAnulty was unsure what his future ambitions were. Going with his gut and what he knew best, McAnulty took more Spanish classes, eventually majoring in foreign language education and becoming a Spanish teacher in the School District of Philadelphia.

Despite landing a post-graduation job fairly quickly, McAnulty soon realized that the local teaching industry was packed with fierce competition.

“Things were kind of tight and it was hard to get an appointment in particular areas. There was a glut of teachers at the time,” he said, reflecting on how he moved from position to position wherever help was needed. “Then all of a sudden in the late ’70s, there was this unbelievable need for special education teachers.”

As quickly as he could, McAnulty earned his master’s degree from Beaver College (Arcadia University), and landed a job as a special education teacher at Thomas A. Edison High School. The population, according to McAnulty, was 75 percent Hispanic, so for the first time, he was able to utilize both skill sets.

After some time at Edison, McAnulty brought his growing expertise to Widener Memorial School, Broad Street and Olney Avenue, which is exclusively for students with mental and physical disabilities. It was here that he truly recognized his passion for teaching this population.

“That was an unbelievable experience,” he said. “It was just so rewarding because all the kids there, their whole life was about school. Because of their physical limitations, school was pretty much all they were able to do.”

By this point in his career, McAnulty had compiled a pretty impressive resume. He felt prepared to take things to the next level, especially with additional principal and supervisor in special education certifications under his belt. McAnulty applied for and secured a handful of administrative positions in the Philadelphia school district.

In 2001, McAnulty, who was residing in Doylestown at the time, decided to look for openings in his own backyard of Bucks County. His search led him to the Bristol Township School District, where he proudly spent the remainder of his working years.

“Bristol Township is a typical, working-class district. It has some challenges like all districts, but its special education programs are pretty remarkable,” he said. “I was really proud to be part of that whole system, contribute to it and help build on it.”

Specifically, McAnulty’s work in the district includes the development of lessons for autistic students; expansion of the Life Program to prepare high school students for the working world; and participation on various committees, including the group that organized the transformation of nine elementary schools into three mega schools – Keystone, Mill Creek and Brookwood.

Even with this list of accomplishments to his name, McAnulty remains ever humble, and gives credit where he believes it’s due.

“Again, it all goes back to my basic, fundamental education that I received back in the ’60s in grade school, having no idea at the time that it would make such a difference. If the nuns were still around, the ones who taught me, if you asked them now, ‘Who in the classroom do you think would be an educational administrator?’ I don’t think they would’ve chosen me first. I think I would’ve been low on the list,” McAnulty said with a laugh. “I appreciate what the Immaculate Heart of Mary nuns did for me back when I was a kid, and how they laid the foundation for me to be able to do well in life. I’d like to thank them, but I’m sure they’re no longer with us.” ••