Butkovitz takes the fight to Kenney in mayoral primary

Former City Controller Alan Butkovitz, a Democratic candidate for mayor, is not a fan of the beverage tax for several reasons.

Pointing to an estimated $380 million budget surplus, he believes the funds for the tax’s initiatives can come from that pot of money.

He also believes the tax is unfair to the beverage industry, recalling a federal indictment claiming that electricians union boss John Dougherty ordered City Councilman Bobby Henon to push the tax to hurt the rival Teamsters.

And, in Butkovitz’s view, the city’s much-ballyhooed Rebuild is off to a very slow start, with too much money going to the general fund.

“They’ve raked the ground at a couple of playgrounds,” he said. 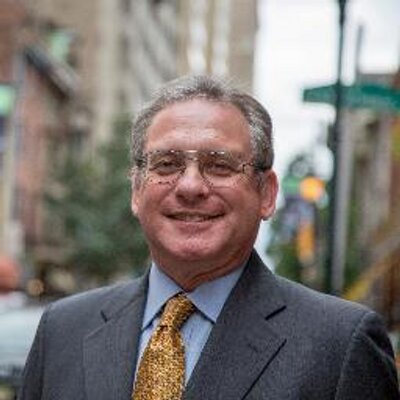 Butkovitz, of Castor Gardens, is a former state representative, serving from 1991 to 2005. He resigned after being elected city controller, serving for three terms before losing to Rebecca Rhynhart in the 2017 primary.

As Democratic leader of the 54th Ward, he declined to attend the caucus to endorse Henon, who was indicted along with Dougherty and others.

“I don’t think he should be running for re-election,” he said.

Butkovitz is one of many city controllers who have run for mayor. He’s taken his case to ward meetings, forums and civic association meetings. He senses that Mayor Jim Kenney is overconfident and “mailing it in.” He also faults Kenney for being politically correct and posturing on the national stage. He criticized Kenney for taking offense with Jeff Brown, who has hired ex-offenders and opened ShopRite stores in so-called “food deserts,” after the businessman had to close his Overbrook store due to declining revenues attributed to the beverage tax.

“Kenney never ran a grocery store or supermarket. What does he know?” he said.

Butkovitz believes he is a better choice than state Sen. Anthony Williams because he is more bold.

The winner of the Democratic primary will face South Philadelphia lawyer Billy Ciancaglini, unopposed on the Republican ticket.

“I want us to have a laser-like focus on port jobs. We need a big expansion of the port,” he said. “It’s the bread and butter for many cities.”

Butkovitz would also tackle the rising homicide rate. He recalls Philadelphia being a pioneer in police reform, adopting the broken window theory, a crackdown on smaller crimes to prevent bigger ones. A proactive approach to preventing murders and solving the cases is needed, he said.

“Police are at an all-time low in manpower. They need more funding,” he said.

Butkovitz wants an end to stop-and-frisk policies, contending it hurts police-community relations. One way to lower the murder rate and other crimes, he said, is to aggressively go after illegal guns.

“We should be arresting and prosecuting left and right,” he said.

Butkovitz said he is tired of tax increases. He wants property assessments to be revenue neutral, adding that the state Constitution allows for tax relief for homeowners affected by gentrification. Property tax rates should be frozen or increased no more than 3 percent a year, he said.

Butkovitz opposes safe injection sites. He wants loved ones of addicts to be given guidance, assistance and counseling in dealing with addicts.

“The city and state should be doing a lot more for families,” he said.

As controller, Butkovitz battled with School District of Philadelphia Superintendent Paul Vallas over funding issues. He also clashed at times with Arlene Ackerman, one of Vallas’ successors. He is calling on Harrisburg to give more money to Philadelphia schools for infrastructure improvements.

Butkovitz believes the city budget has grown too big, and argues that not enough money is being spent fixing potholes. He also would be an advocate for small businesses. ••