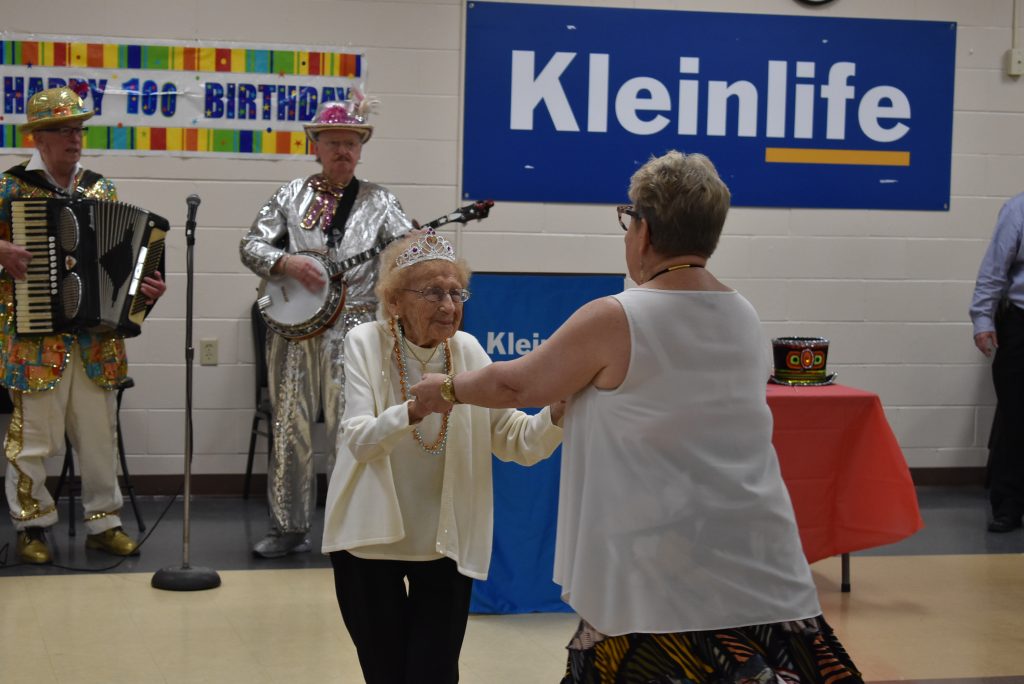 They may be over 100, but that didn’t stop them from dancing like it was one of their earlier birthdays.

KleinLife in Northeast Philadelphia hosted a luncheon and celebration of eight of its members who recently turned or will turn 100 soon. Staff and members of their families attended the celebration, which included live music and food.

“We are honoring them for the wonderful contributions they have made throughout their lives and the lives of others in the community-at-large, and also providing love and care to their families and friends,” said Sue Aistrop, vice president of KleinLife.

Libby Yaffe, born Jan. 23, 1918, dedicated her life to her family and community. She worked for 22 years as the senior secretary for the Math Curriculum Office of the School District of Philadelphia. She volunteered in her community as a Girl Scouts leader and was an active member of the Greater Northeast Jewish Congregation, now known as the Congregations of Shaare Shamayim. She has three kids, Arlene, Risa and Ralph, with her husband Harold.

Martin Taflin, born June 30, 1919, was born and raised in Philadelphia.

“I graduated from Temple University [in 1942] as a Jewish engineer, otherwise known as an accountant,” he wrote in his bio.

He joined the U.S. Army that same year and fought in World War II. After returning home he got married and raised two kids, Rita and Nancy, in Oxford Circle.

Edith L. Kutcher, born November 19, 1916, has run the library at KleinLife for the last 42 years, where she volunteers for 12 hours a week. Her love of books drove her to the library after she retired from her job as a secretary at a defense industrial supplier. She believes seniors over the age of 90 deserve their own category, perhaps known as “super seniors.”

Rosalind Wallach, born Aug. 23, 1919, worked as a library instructional materials assistant at Ellwood Elementary School, the same school where her six children went. She married Lt. Arthur Wallach in 1944 and followed him to Kansas during the war years, and the two eventually ended up moving back to Philadelphia.

Jennie D. Cohen, born Jan. 22, 1919, was married at 17 and had a daughter at 18. After becoming a widow, she moved to Philadelphia, where she remarried and worked as a collection manager at Rudman Chu for 42 years. Now she spends time with her sister, Eva.

Beatrice White Rudnick, born July 10, 1918, held many professional positions in her life. Those include being president of Gamma Phi Sorority and president of the Women’s Auxiliary of Kraus Pearlstein Lodge #8 – Brith Shalom. She is a current member of the book club, sewing club and Yiddish club at Paul’s Run, and a member of the Razzle-Dazzle Red Hatters of Huntingdon Valley.

Two more centenarians, Martin Cutler and Lucille Ziemak, also celebrated the milestone but were unable to attend the luncheon.

The celebration was part of Older Americans Month, which has been held in May for 56 years.

Here’s to many more. 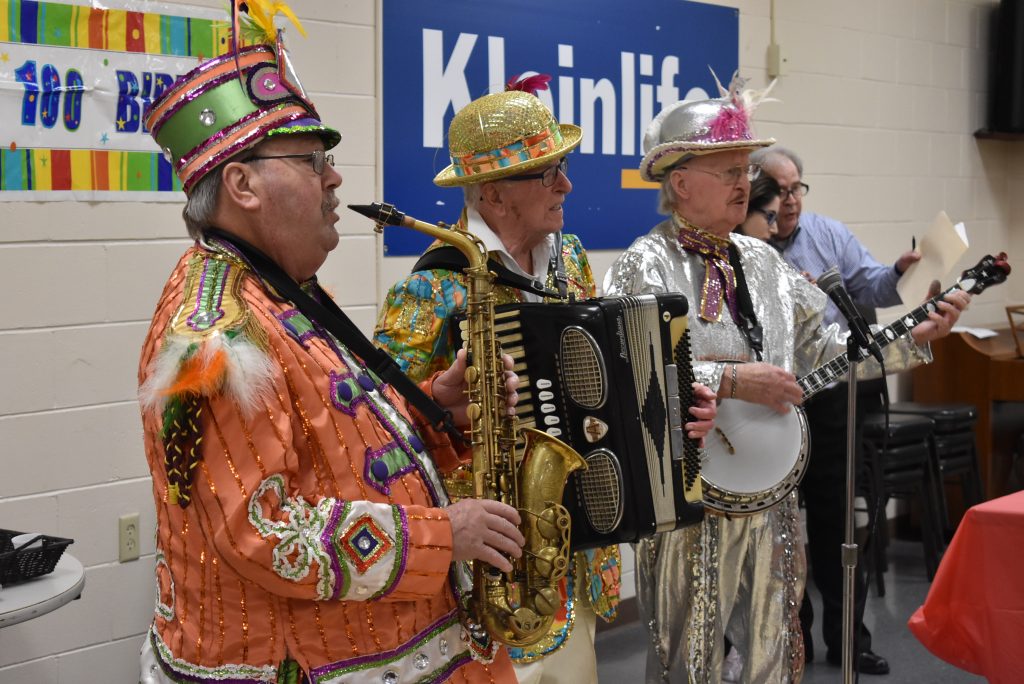