Crescenz Post 2819, 6850 Martins Mill Road, placed hundreds of American flags and crosses on its front lawn, with the names of veterans killed in action printed on the crosses. 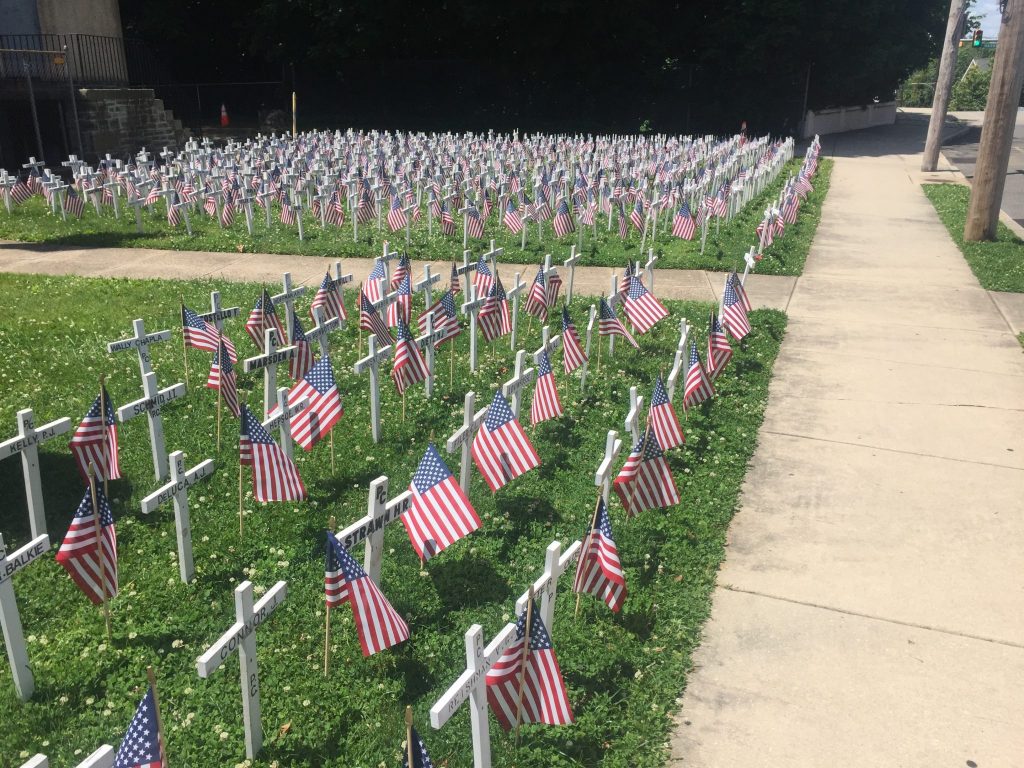 Crescenz was one of 27 Cardinal Dougherty High School graduates killed in the Vietnam War. 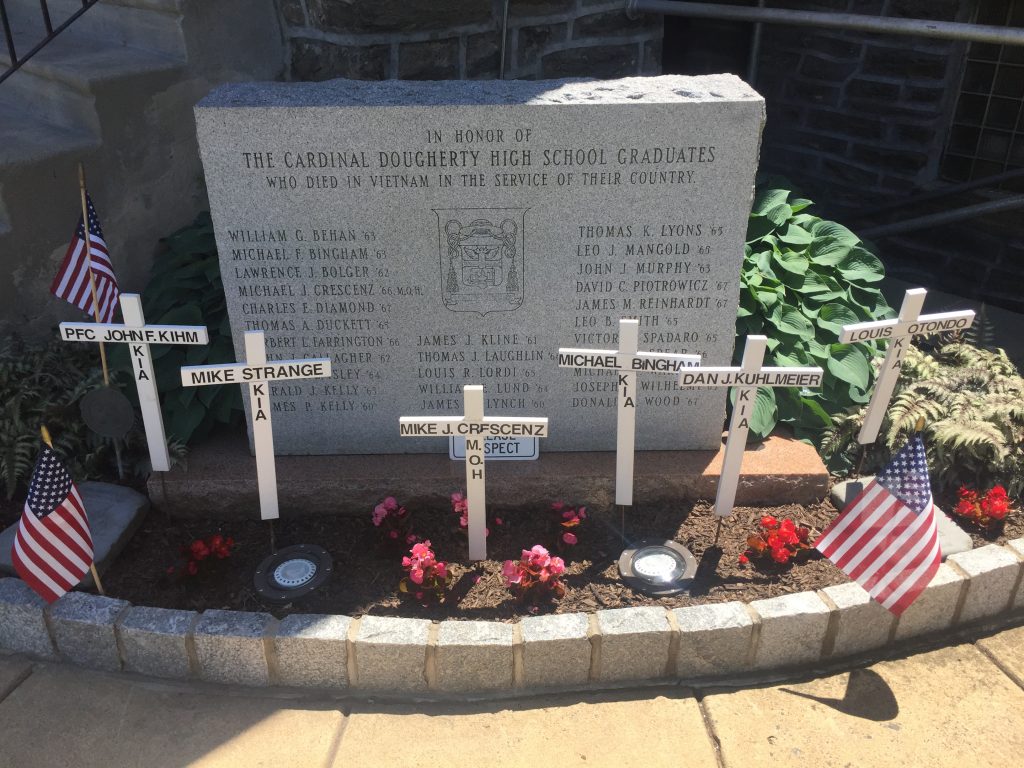 The Crescenz front lawn is also home to a memorial for Frank King, a retired Philadelphia police officer shot to death in 1998 during an armed robbery at the old Regan’s bar, 4149 Roosevelt Blvd. 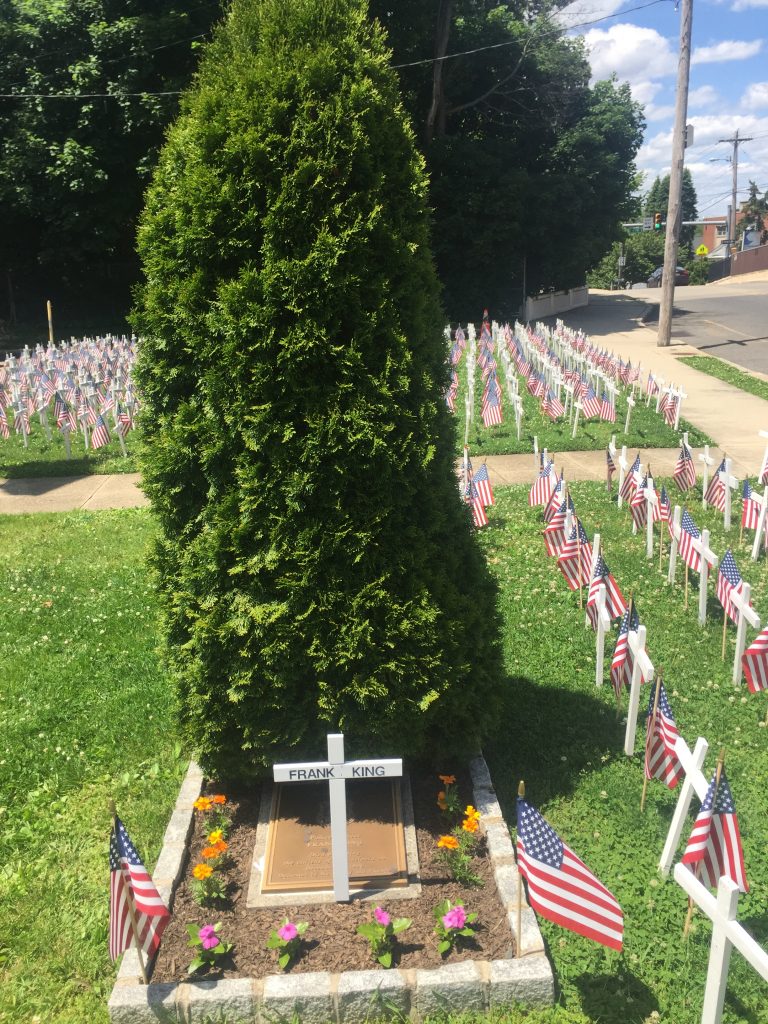 The Oxley Post held a memorial service at Magnolia Cemetery, Jackson and Levick streets, where William Oxley is buried. He was killed in World War I.

Later, the Oxley honor guard participated in a ceremony at the graveside of Charles P. McMenamy at St. Dominic Cemetery. American Legion Post 178, at 8041 Frankford Ave., is named in McMenamy’s memory.

The day ended with a memorial service at Oxley Post, 4637 Decatur St. The service featured Taps, a gun salute and Amazing Grace, performed by the Philadelphia Police and Fire Pipes.

Meanwhile, Oxley Post is collecting worn-out and damaged American and POW/MIA flags in advance of a flag-retirement ceremony on June 15. The public is invited to use the flag drop-box located outside the front door. ••