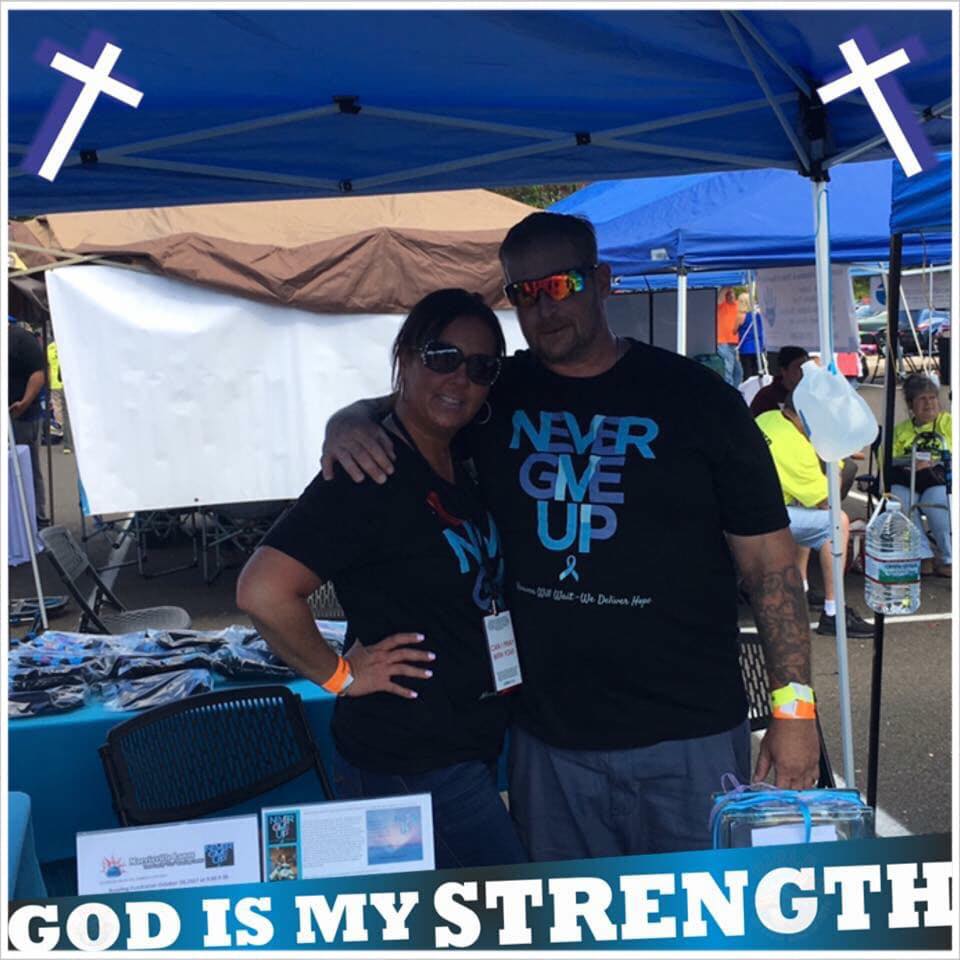 In many ways, Bensalem’s Dana Ritchie leads a pretty normal life. She is married to her loving husband Joe, whom she has co-managed a contracting company with for more than 20 years, and has a bright 22-year-old daughter in college.

But simultaneously, Ritchie does something that’s not considered so normal. At least twice a week, she travels to the high-stigma Kensington section of Philadelphia, where she works to build relationships with individuals living on the streets and battling addiction.

This work is done through Never Give Up – Heaven Will Wait, a nonprofit based at 3293 Dale Road, Bensalem, that Ritchie formed almost three years ago.

“We go out to where the drug epidemic is,” Ritchie said, stressing that the problem isn’t strictly limited to opioids anymore. “It’s everything. We deal with people where they’re at, those who have pretty much burnt all their bridges.”

Ritchie explained that those residing on Kensington streets aren’t natives of the city. Most hail from Bucks and Montgomery counties, and even different states.

“You’d be surprised. It can affect everybody. You see lawyers, nurses,” she said. “What we do is, we build relationships with everybody down there, and when they’re ready for treatment, they call us. We don’t push. We encourage. Recovery is possible and I’ve seen some huge success stories. People I thought would have died by now, that have died and Narcan has saved them, are thriving and volunteering and going out onto the streets with us and are certified recovery specialists now. When people see them, they’re like walking billboards and that’s the biggest motivator. That’s how they stay sober, giving back and helping others.”

So what exactly prompted Ritchie to begin this work?

“I’ve been going down to Kensington for over 20 years. My closest brother was homeless and addicted. I didn’t do right by him. I did what they told me to do. I cut him off. I went down and I fought with him. I went down and I enabled him. I did everything and then I realized that he just needed some love,” she said.

Ritchie’s father also suffered from addiction, and died from alcoholism at the age of 38. However, thanks to Ritchie’s efforts, her brother didn’t see the same fate and is currently sober. According to Ritchie, he began making positive changes when she stopped judging and simply offered kindness.

“He was one of the ones that I thought would never get it. They don’t trust anyone,” she said. “It was hard for me to go down and help others and my own loved one was on that corner and could not leave that corner from being so sick. That’s where he lived,” she said. “He wouldn’t take anything from me, that’s the craziest part. I would have to make special bags and throw it, just leave it by his side because he had a false pride almost.” 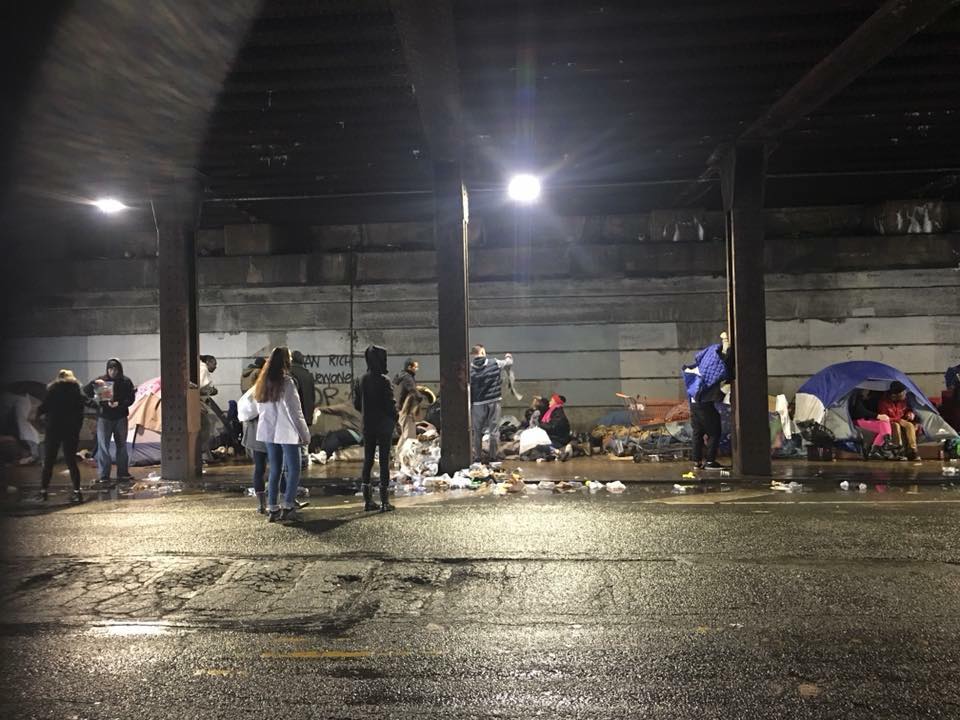 Never Give Up is comprised of the Ritchies and a slew of volunteers, 35 of whom are trained to use Narcan – the drug that can reverse an overdose. Since the inception of the nonprofit, volunteers have reversed 40 overdoses. Ritchie mentioned one volunteer who walks the streets in the middle of the night to find that one person who may need saving.

“Even people who didn’t think they could do it, when you see someone blue, you do it,” Ritchie said. “Not everyone can do it, though. For certain people, it’s a trigger. The ones that have been down there living on the streets, they get addicted to the streets. It’s not just the drugs. They get addicted to that environment. It’s a process.”

Volunteers have taken more than 200 people to treatment and attend nearly all initial doctors appointments. Ritchie said these can be stressful and anxiety-inducing, with many fearing embarrassment from the results of a dirty urine test. 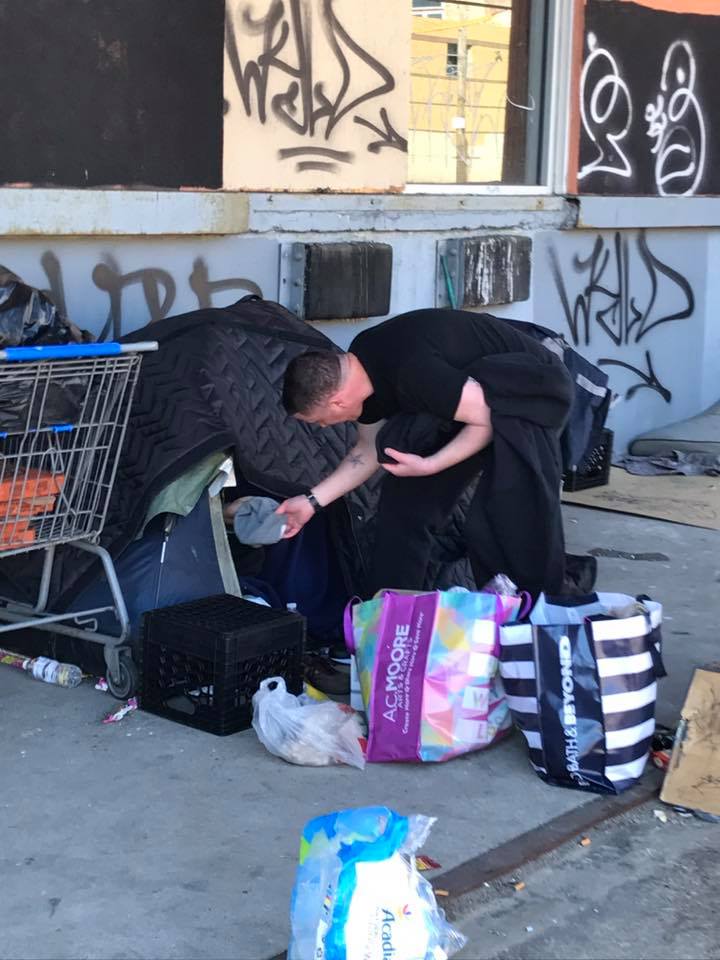 “It’s hard if you don’t know what you’re doing. I learned a lot about the system and the stigma by going to appointments with people and seeing how they’re treated. I see why they walk out the door within five minutes,” she said. “They are so broken down there.”

If an individual wants it, their relationship with Ritchie and the volunteers doesn’t have to end there. Oftentimes, she’ll visit while they’re in treatment to see if there’s anything else they need.

“We stay with them and connect them with sponsors because it’s scary for them. They’re not a kid who has a home to go to. We’re talking about someone who’s been on the street for five, 10, 15, 20 years who has to rebuild their lives,” she said. “They are scared to death. They only remember sleeping in a tent in someone’s backyard, sleeping on concrete. Sleeping in a bed is uncomfortable for them.”

Additionally, Never Give Up delivers Blessing Bags to those on the street, giving them much-needed food, clothing and toiletries; hosts memorials for mothers that lost children to addiction in Kensington; and hosts recovery meetings for families.

These efforts are made possible thanks to donations, though Ritchie is looking to grow the organization and obtain grants. Volunteers are also always needed. She is currently being mentored by Cheryl Campbell, founder of the Bristol-based The Christmas Gala and new 3C of Connecting, which hosts a handful of Collaborating for a Cause events throughout the year. These are meant to unite local nonprofits and introduce them to the larger community. 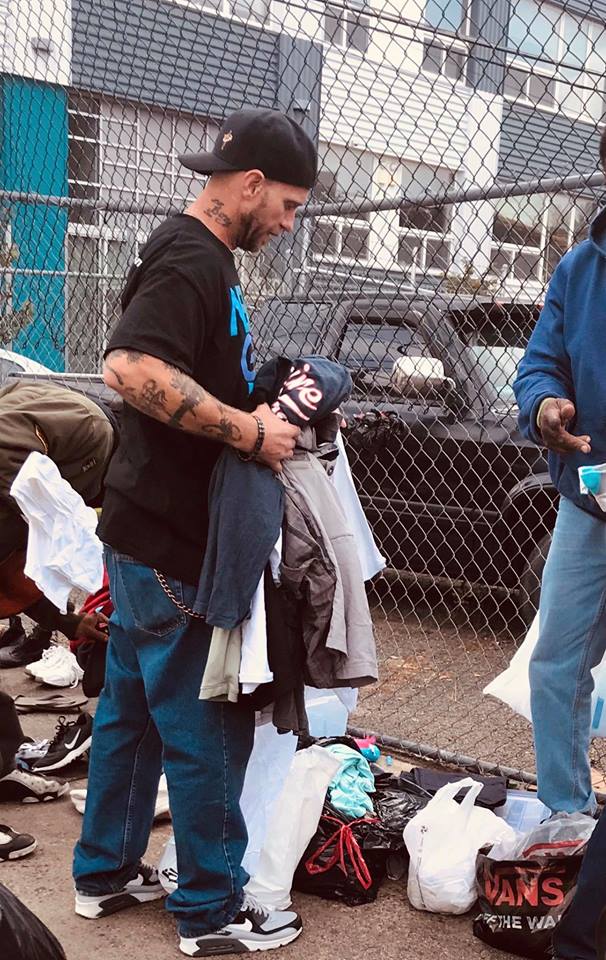