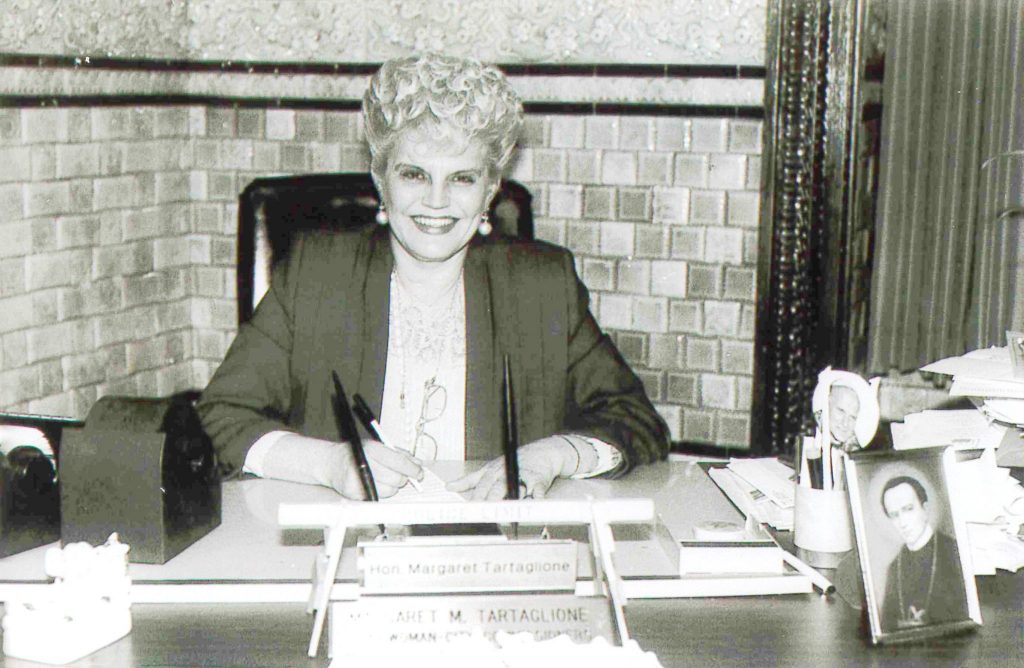 Friday’s viewing will be from 6 to 8 p.m. On Saturday, there will be a viewing from 9 to 10:30 a.m., followed immediately by a funeral Mass. Interment will be private.

Tartaglione, a longtime resident of the 1400 block of Van Kirk St. in Oxford Circle, died Tuesday of respiratory ailments. She was 86.

She was predeceased by her husband, Gene (Zip). They were married for more than 55 years and had five children:  Renee Tartaglione-Matos (Carlos), state Sen. Christine Tartaglione, Eugene A. Tartaglione Jr., Mary Ann Rossi and the late Margaret.

Tartaglione was elected in 1975 as an ally of Mayor Frank L. Rizzo.

A Democrat, she served as chairwoman for nine four-year terms, losing in the 2011 primary. She was also the longtime Democratic leader of the 62nd Ward.

She received more cumulative votes than anyone in the history of Philadelphia and is credited with implementing computerized voting without a glitch. ••