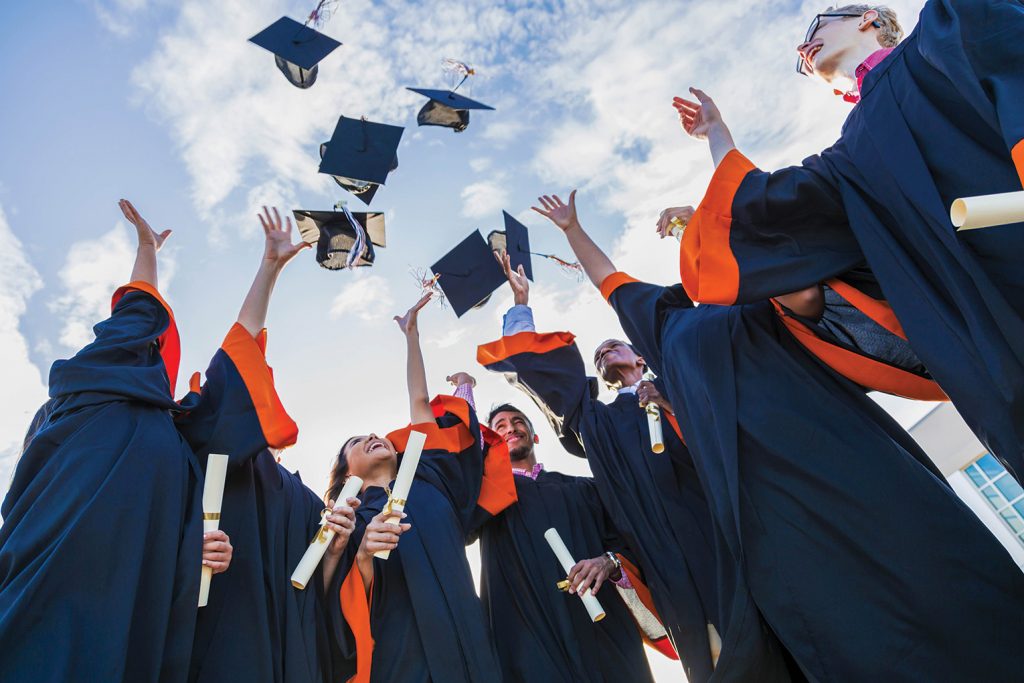 Althea Theodora D. Hansel graduated from Harvey Mudd College, in Claremont, California. Hansel earned a bachelor of science degree with a major in chemistry, graduating with high distinction and departmental honors in chemistry and the humanities, social sciences and arts.

Lebanon Valley College’s Caitlyn Berdel was named to the Middle Atlantic Conference’s Winter/Spring Academic Honor Roll. Berdel, a graduate of St. Hubert, is a member of the Lebanon Valley College women’s swimming team and is pursuing a bachelor of science in early childhood education and special education. The academic honor roll is comprised of student-athletes who compete in a varsity-level sport and registered a term/semester GPA of 3.20 (on a 4.00 scale) or higher during their season of competition.

More than 2,000 Coastal Carolina University students were named to the dean’s list for the spring semester. That’s nearly 20 percent of the student body with a grade point average of 3.5 to 3.99. Local students earning recognition on the dean’s list were Lindsay S. Erwin, a finance pre-major, and Juliet Tomasco, an elementary education pre-major.

Lehigh University named its dean’s list for the spring semester. The status is granted to students who earned a scholastic average of 3.6 or better while carrying at least 12 hours of regularly graded courses. Local members of the dean’s list are Michael Beaumont, Michelina Beaumont, Angel Chen, Xiaowei Chen and Raphael Keele.

Elba Mendoza, an early childhood education student, has been named to the dean’s list at Northampton Community College. The honor is reserved for students who have completed a minimum of six credits and achieved at least a 3.5 grade point average on a 4.0 scale in the semester.

Rachel E. Brophy, a Little Flower High School graduate, was among 64 members of the University of Scranton’s undergraduate class of 2019 honored for academic excellence, service or both. Brophy, recipient of the Excellence in Environmental Science Award, earned a bachelor’s degree in environmental science with a minor in criminal justice. In December 2018, she was accepted to the “Green Program,” an internship in Iceland, where she performed a capstone project with the Green Program on genetically altering crops to sustain higher salinity concentrations. After graduation, she will move to Iceland, where she will study hydroelectricity, geothermal energy and biofuels while earning a master’s degree at Iceland School of Energy, through Reykjavik University. ••