Allison Henry was worried about only one number.

Henry is going into her senior year at Archbishop Ryan High School, and she knew she had a great chance at being an All-American for the second year in a row.

The swimming times weren’t a problem.

Henry, who helped the Ragdolls win the Catholic League championship in the winter, put forth great times. Her best times, obviously, were in her best events, the breaststroke and the individual medley, but she also put up great times in all her events.

But pre-cal posed a problem. The challenging course could have stood between her and making All-American.

But if you need help figuring out if Henry had the numbers to get back to All-American, you can ask because clearly she has the acumen to figure out tough equations.

“Pre-cal is hard, but I did well in it, well enough to make All-American,” Henry said. “It’s an honors class, and it’s really challenging. I worked hard in it, and I was really happy. I had tough math and science classes, but I take them because they’re my favorite subjects. I really didn’t want it to keep me from All-American, so I’m happy it worked out.”

To make All-American, students have to perform well in the classroom, but they also have to post great times in swimming. Henry has been taking care of business in the pool her entire swimming career.

The Bensalem resident swims for the NRG swim team in Langhorne, and there she spends a lot of time practicing. During the course of the week, she practices 11 times in the pool and then has other weight-training sessions.

It means very little free time, but that’s what it takes to be an elite-level swimmer.

“It’s hard to put in all the time needed to be a great swimmer,” Henry said. “It’s hard. I’m going to junior nationals this summer, so I’m working really hard. It’s fun, though, I enjoy the practice.

“I do doubles Monday, Tuesday, Thursday and Friday, singles Wednesday, Saturday and Sunday. Then I do weight training. I don’t get a lot of free time, but I think that helps. I do better when I’m always busy.”

That will continue into her senior year.

When she’s not making moves in the pool, she’ll be taking strides in the classroom. Once again she’ll have a challenging course load at Ryan, where she ranks in the top 10 percent of her class, but she’ll also be challenged outside of Ryan. She will take two classes each semester at Holy Family University. Those courses will ultimately prepare her for the next phase of her swimming and athletic career.

“College classes are hard, but it will definitely pay off when I get to college because they count toward your college degree,” said Henry, who plans on studying pre-med. “It will be fun because it will give me a chance to get used to taking college classes. It’s a great opportunity, and I think it will help me with my major.”

If all goes well, she hopes to have a career in either oncology or sports medicine. Both have exactly what she’s looking for.

“I think the best thing about sports medicine and oncology are you’re learning something new every day, and what you’re learning can help someone, help save their life or make their life better,” said Henry, who hasn’t picked a college yet, but has narrowed her search down to about five choices. “You’ll never learn everything, you’ll have a chance to keep learning your whole career. And I like helping people. It’s good to have a job where you can help someone who needs it.”

But before she’s helping others, she still has a lot she wants to do, especially in swimming.

She’ll compete in Stanford, California, next month in junior nationals. After that, she’s headed to Riviera Maya, which is just south of Cancun, for a little rest and relaxation before coming back to start her senior year.

Then it’s back to the grind of school work, and before she knows it, time to help the Ragdolls defend their Catholic League championship. In the championship meet, Henry won the 100-yard backstroke in a time of 1:01.17 and set a meet record in the 100-yard freestyle with a winning time of 51.46. Not bad, considering her best event is the breast stroke, where she finished third at the state meet while breaking the Catholic League and District 12 record with a 1:02.24.

Winning the PCL last year was a great feeling, but repeating would be even better.

“The championship meant everything because we did it together and we worked so hard for it,” said Henry, who swims the 100 breast, the 200 breast and both individual medleys. “It will be hard to win it again because there are so many great teams out there, but we can do it. I think we have great swimmers back, and we’ll have younger swimmers who will really help us.”

She also hopes to get a crack at the Olympic trials, and she wants to continue to swim in college.

And wherever she goes, she’ll always have the honor of being a two-time All-American at Ryan.

“This meant a lot to me because it’s athletic and academic,” Henry said. “I don’t have a lot of individual goals, but this was good. I just have to keep working.” 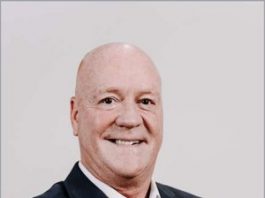 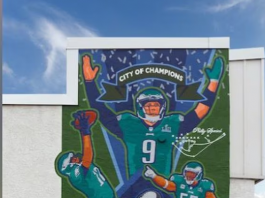