A pool party in Bustleton spiraled out of control Saturday night when shots rang out and left one woman in critical condition and another injured.

Officers responding to noise complaints at a house on the 9100 block of Verree Road heard gunshots just after 8:30 p.m.

Police said hundreds of partygoers began fleeing the area, and, amidst the chaos, officers found a 20-year-old woman with a gunshot wound to her upper thigh. They applied a tourniquet and rushed her to Jefferson Torresdale Hospital, authorities said. She lost consciousness on the way, and officers applied CPR.

She was placed in critical condition, according to police.

An 18-year-old girl was also shot in the knee, police said. She was taken to the hospital in stable condition and later released. 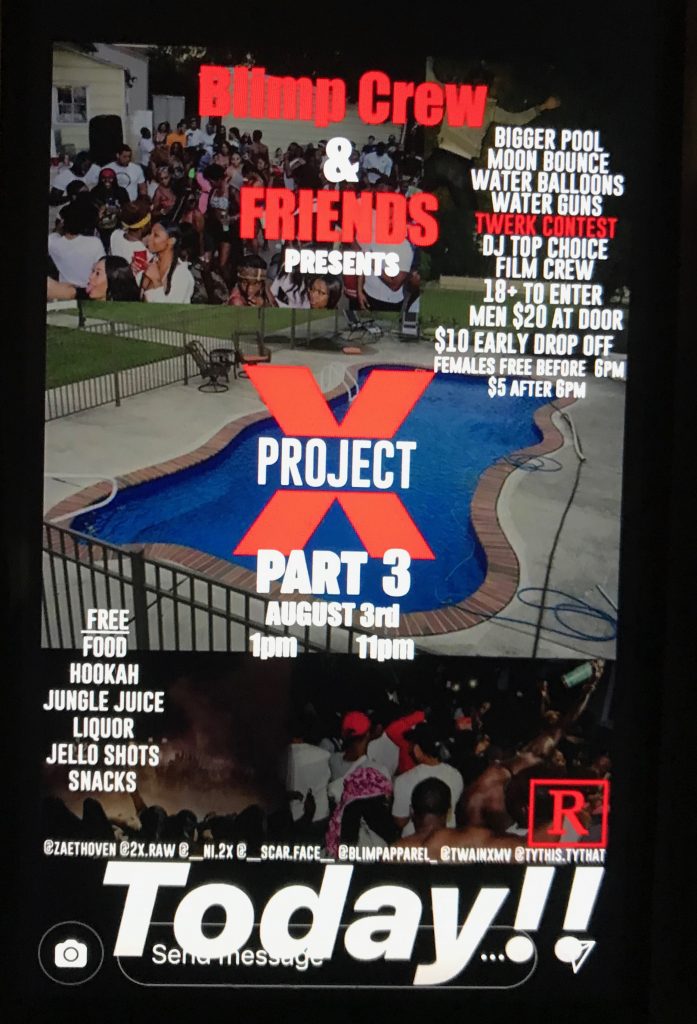 Investigators said the homeowner let a family friend use the property to host what she believed to be a “reunion party.” News of the party quickly spread on Instagram, leading to the big crowds, according to police.

Officers learned that a physical altercation preceded the shooting. However, they were not able to locate the shooter in the pandemonium that followed the gunfire, police said.

Highway Patrol officers did find a parked vehicle near the scene with marijuana smoke wafting through the sunroof. Police said the people in the car attempted to hide when they noticed police and one person kicked a gun under the front seat.

Authorities recovered a loaded firearm and marijuana from the vehicle.

Meanwhile, officers spotted a man with a bulletproof vest throw a bag into the trunk of a car. He was taken in for questioning and told investigators he was hired to work security at the event and collect money for admission, police said.

He denied being armed, but authorities served a search warrant on his car and recovered a revolver loaded with six rounds and loose ammunition.