Movie review: Scary Stories to Tell in the Dark

Scary Stories to Tell in the Dark is based on a horror story anthology - but mostly just comes across as n anthology of horror movie tropes and predictability. 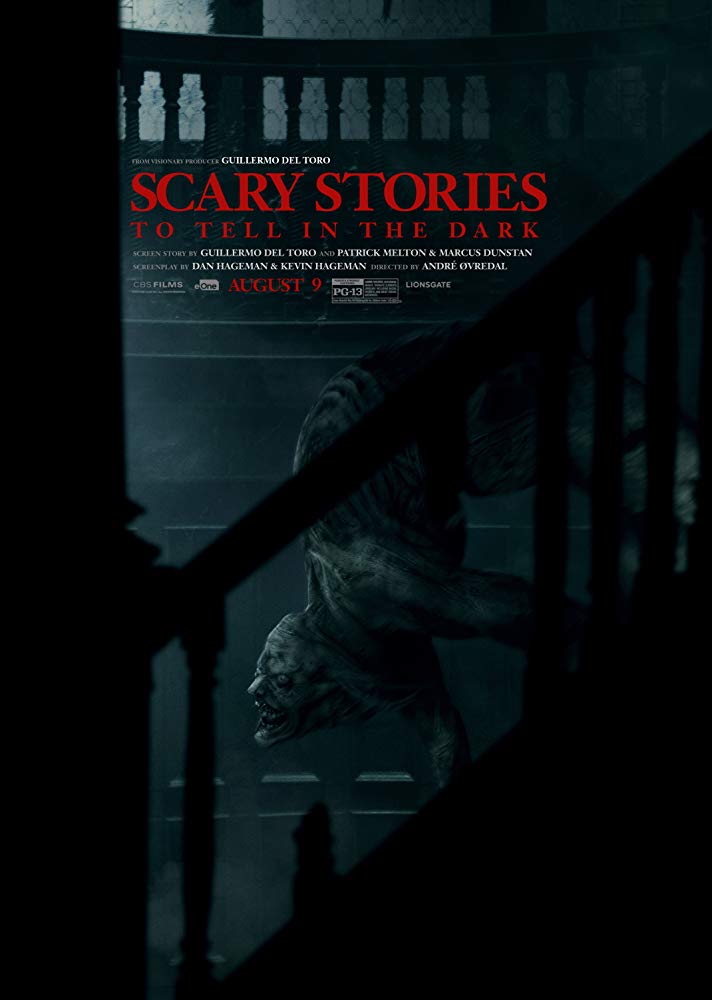 Once you pick up on the pattern established early in Scary Stories to Tell in the Dark, a movie based on a book anthology of the same name, it’s very rarely scary. The trilogy of books that was popular in the ’80s contains short, unconnected passages about a variety of monsters or other spooky beings attacking the poor protagonists. The challenge filmmakers faced was tying together a handful of these stories into one narrative, and the result is a repetitive and formulaic romp (or more of a lazy Sunday morning jog) through a few uninspired monster designs and jump scares. There are occasional moments of suspense or levity, and the cast is fun enough, but calling it a mediocre story to tell any time of day would have been more accurate.

Taking place in 1968, the movie tries to feed into the same nostalgic vibe of Stranger Things or IT to limp effect – the only notable period-setting element was recurring President Reagan speeches on TV, which never contributed to the story. In a story partially created by Academy Award winner Guillermo del Toro, a few teenagers are chased into an abandoned mansion said to be the home of a child-kidnapping ghost. The characters are trite – Augie (Gabriel Rush) is smart because he uses big words, Stella (Zoe Colletti) is shy because she wears glasses and reads books, Ruth (Natalie Ganzhorn) is girly because she wears pink dresses, and so on. Only the main character Stella gets third act character development – the rest are present to be taken down one by one, slasher style, when the monsters start showing up.

In the mansion, Stella finds a book containing stories written by Sarah Bellows, the ghost. In her ownership, stories write themselves on the page in red ink, and whatever is written comes true. First is Harold, the scarecrow with cockroaches crawling in his eye sockets, who comes to life to haunt a school bully. A “greatest hits” list of monsters from the anthology appear, including a man who can dismember himself and a zombie looking for whoever stole her big toe. The ghoulies all have the same gray aesthetic and general manner of attacking – chase the character slowly, give them time to find a hiding place, pause 15 seconds for suspenseful silence, and then jump out with sound effects blaring. Because, you know, that’s scary. It’s a template director Andre Ovredal relies on more than twice, and it’s been tired since it was used in whatever horror movie came out last week.

The movie is never outright bad, but it is surprising how insistently mediocre it is. The stakes are low – there are never any set rules about what the monsters can and can’t do, and never any reason to care about the shallow characters other than the inherent sympathy that comes with watching hundreds of spiders crawl from a boil on a helpless teen’s face. But it’s hard to cheer for a movie this unoriginal when entries like Us and Midsommar bent the genre’s conventions just this year. Sure, there’s something strangely comforting in just how predictable and seen-it-before this movie is – but if you’re looking for something fresh, have I got a scary story for you.