Vendors, elected officials, police and residents of the community crowded in areas such as Russo Park and other similar areas across the country last week as part of National Night Out.

The anti-crime initiative that aims to enhance relationships between communities and law enforcement drew a crowd of hundreds to the park between Tacony and Holmesburg last Tuesday night, hosted by the Tacony Holmesburg Town Watch.

For Joe Nicoletti, who has been running the town watch for 20 years, and his wife Ronni Faith Lotto, it was an important night. The two revitalized the area’s participation in National Night Out a few years ago, and for that contribution and much more Councilman Bobby Henon recognized them for their extensive dedication to the community.

“When I joined the organization I had just got married and started having kids and wanted to get involved,” Nicoletti said. “At the end of the day you get a real satisfaction in helping people. It adrenalizes you.”

Henon presented the pair with a City Council citation for their service to the community, which includes hosting meetings and events to keep the community safe and active. Established in 1982, Nicoletti has been involved with the organization for 20 out of the 37 years.

Mayor Jim Kenney was in attendance, highlighting the positivity of the event.

“What you see nationally has been very divisive and very destructive, and I think right here we need to take care of ourselves, be together with each other and support each other, and this is what nights like this are for,” Kenney said.

Through the Rebuild Philadelphia initiative, Russo Park will receive $2 million to $5 million worth of renovations, which Henon said could go toward tennis court upgrades, security cameras and improved steps into an amphitheater. A presentation in April also showed that the park could receive new greenery and a new walking trail.

Henon also highlighted that crime was down from last year in the 15th Police District. Capt. John Walker shared statistics with the Times that showed robberies with guns are down 14 percent, aggravated assaults with guns are down 11 percent, residential burglary is down 17 percent, commercial burglary is down 40 percent, theft from person is down 32 percent and auto thefts are down 17 percent from Jan. 1 to Aug. 11 this year. These figures are preliminary and subject to classification.

Russo Park was just one location that hosted a Night Out across the city and country. Other locations in Northeast Philadelphia included Fox Chase Elementary, a street fair at 3100 Red Lion Road and the 4700 block of Tacony Street. •• 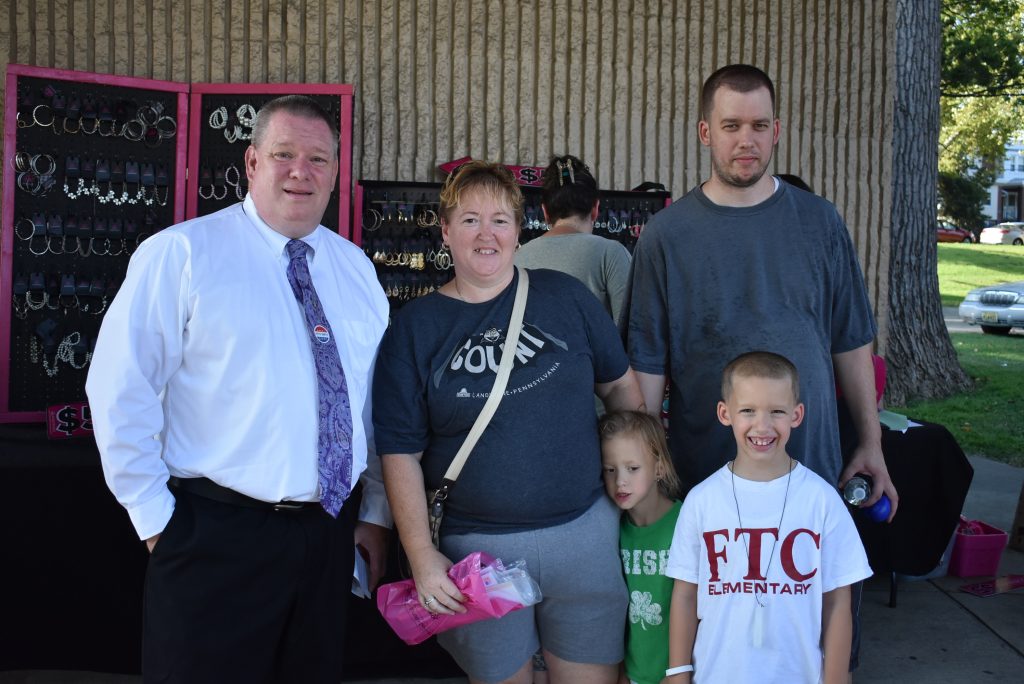 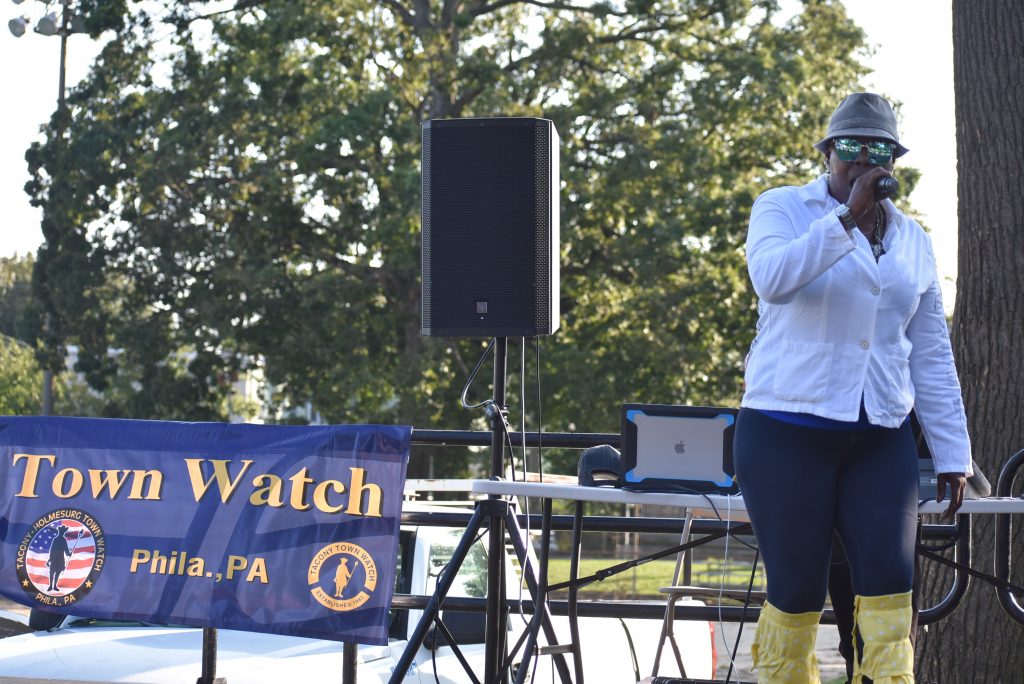 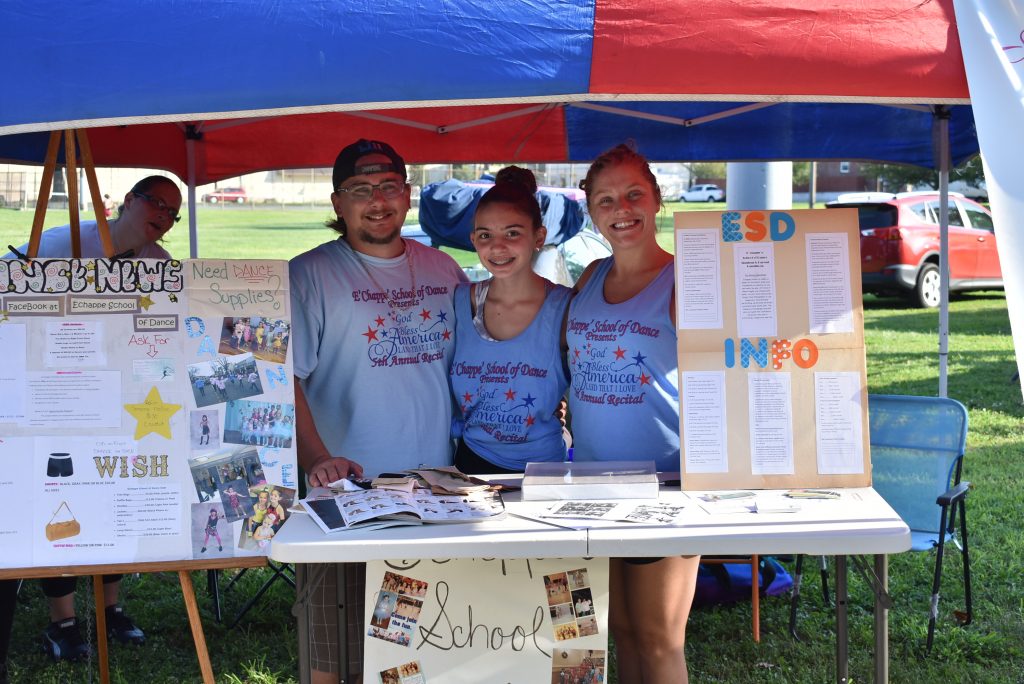 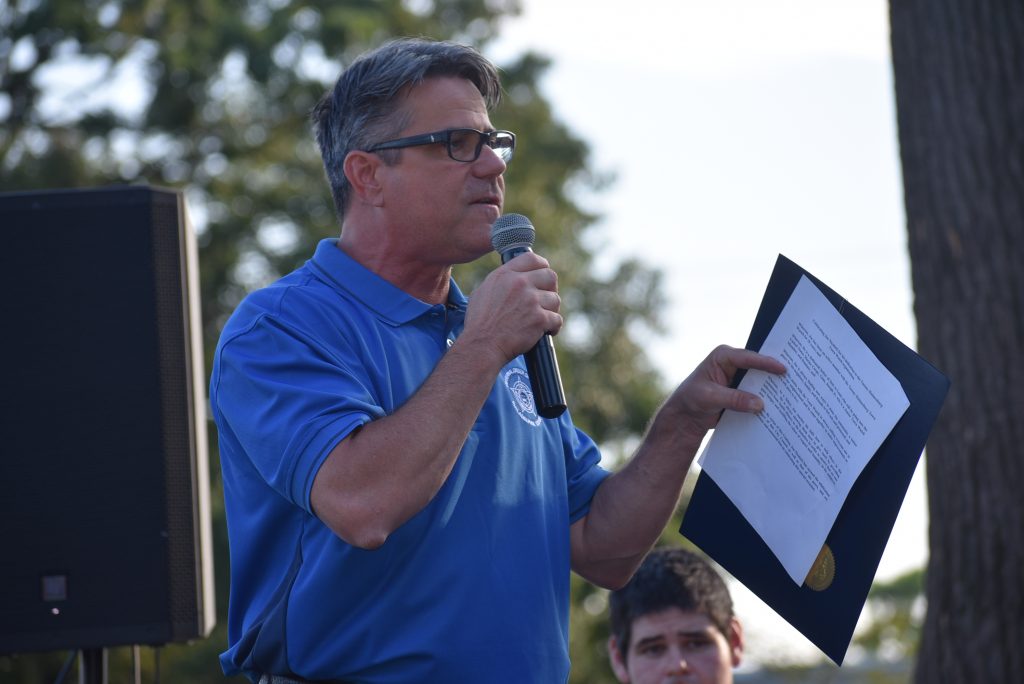 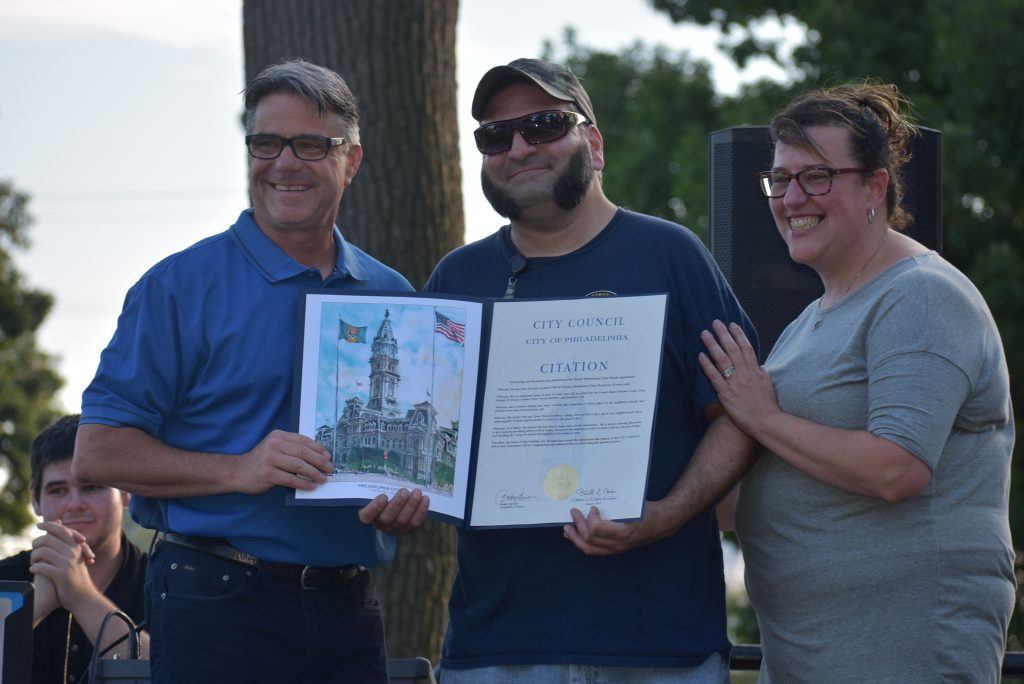 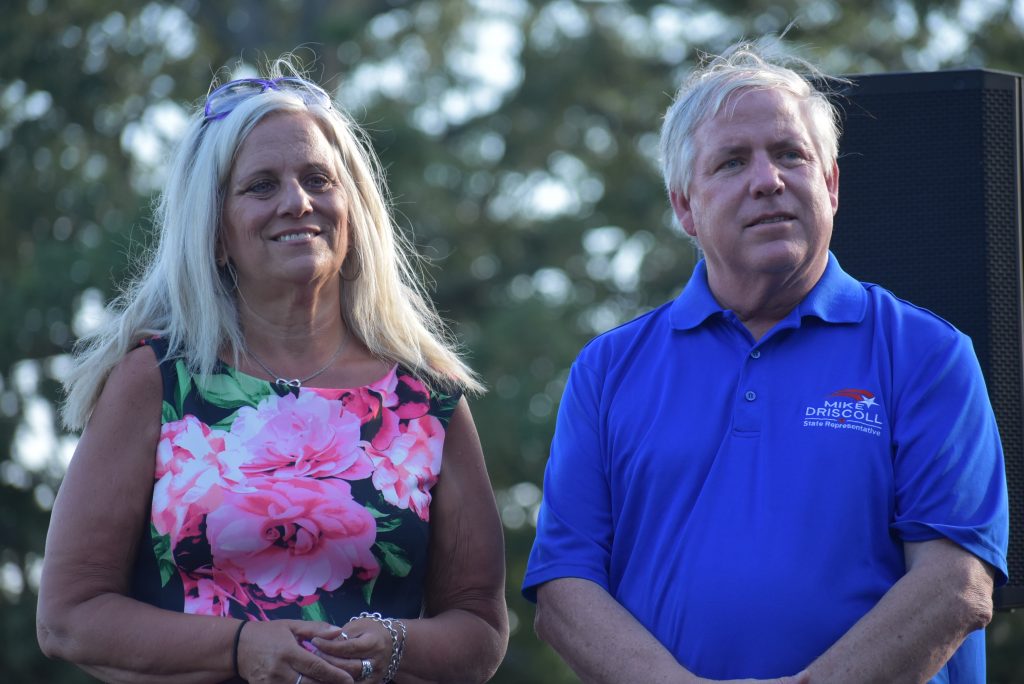