Ostroff is a retired teacher who serves as secretary for the Take Back Your Neighborhood civic association. She was twice rear-ended while driving, and suffered a crushed spinal cord.

She has written a curriculum, Shine a Light on Disabilities, and three related books, Chipster, Campster and Hamster. The illustrated books are unpublished. 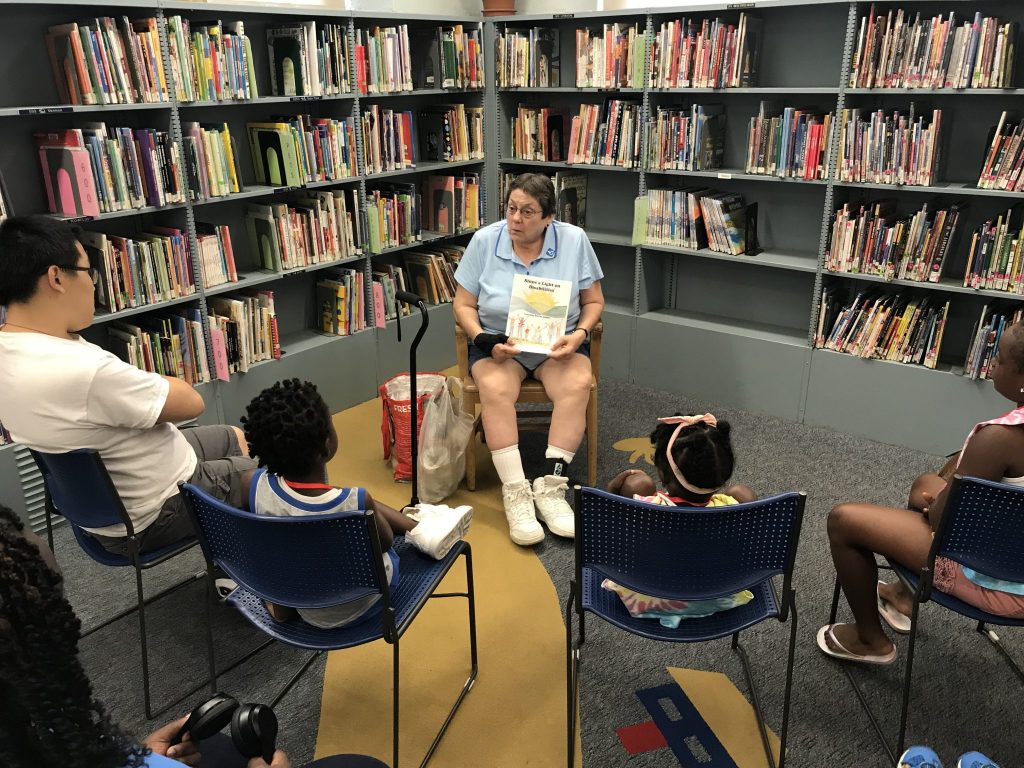 There are bills in the state Senate and House of Representatives that would require disabilities education in the younger grades.

When the legislature reconvenes in September, Ostroff will lead an effort to call the office of Sen. Wayne Langerholc, chairman of the Senate Education Committee, to lobby him to take action on the bill. She is also hoping to get Sen. Tina Tartaglione on board.

During her Aug. 7 visit to Bushrod, she told the youngsters she wears braces on her foot, ankle and hand and walks with a cane. After the readings, she had the kids color a picture of a wheelchair that is depicted in her written curriculum. ••