Mark Mroz, the community relations officer in the 2nd Police District, broke the late-breaking news to the crowd that Police Commissioner Richard Ross had abruptly resigned.

“I think he did a fantastic job as police commissioner,” he said.

The deadline to buy tickets is Sept. 16. The celebration is set for Sunday, Oct. 6, from 2 to 7 p.m. at the Philadelphia Ballroom, 2014 Hornig Road. All school alumni and former and current parishioners are invited.

The cost is $50 and includes an open bar and buffet.

Sister Bernadette will miss the event, as she will be leaving in two weeks for a two-year assignment in Peru.

The new voting machines will be used in the November election. The machines are manufactured by Nebraska-based ES&S.

Voters will use a stylus to sign their names on a laptop when they check in at their polling place. The old binders will no longer be used.

Next, they will receive a paper ballot that they will insert into a feeder. A screen will pop up, and voters will touch the name of the candidates of their choice. The names of write-in candidates can be typed in.

Next, voters will press “Print Ballot” and will see their selections in a printout in a window. To complete the selections, they will press “Vote” and the paper will be scanned, tabulated and stored in a secure container with all other ballots.

Like the old machines, these ones will include a curtain.

In other news from the Aug. 20 meeting:

• The LCA observed a moment of silence for neighborhood resident Annamae Burns, who died Aug. 1 at age 94. 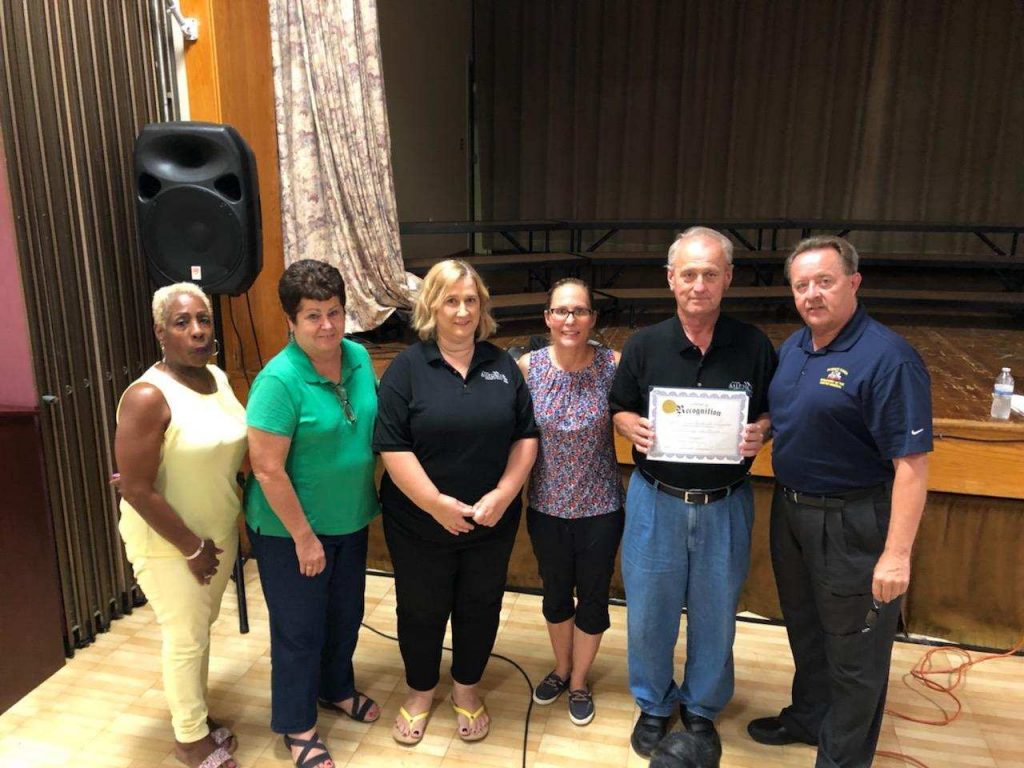 • Community Ventures, a nonprofit real estate developer and manager, said site assessments are being made at Lawncrest Library and Lawncrest Recreation Center, both of which are due for makeovers. Community Ventures is working as part of Rebuild Philadelphia, funded by the beverage tax. The rec center will receive $5 million in renovations. The library will receive $4.5 million. A community meeting will take place in October. Construction is planned throughout 2021.

• The LCA’s Beautification Committee will clean up the area near the veterans memorial outside Lawncrest Recreation Center on Saturday, Sept. 28, from 11 a.m. to 1 p.m. Refreshments will be provided.

3 cheers for Bronx and Donna