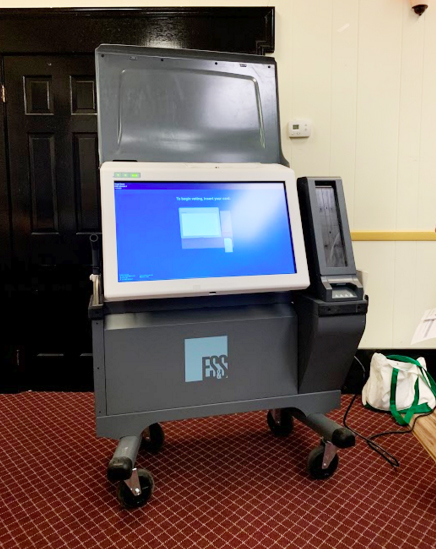 Fox Chase Town Watch and Homeowners Association met last week for the first time since the summer to receive updates from police and try out the touch screen voting machines that will be used citywide this November.

Town Watch president Stephen Phillips started the meeting with a moment of silence in remembrance of 9/11 and also pointed out this November will be 25 years since Eddie Polec was killed in the neighborhood.

Community relations officer for the 2nd Police District Mark Mroz stopped by to advise neighbors to make sure to lock their cars and not to keep valuable possessions in their cars. He urged drivers to be respectful of driving behind school buses and that officers will give out substantial fines to those who do not. He also thanked the associations for their donations to a recent bike ride and bike giveaway.

“We don’t have too many break-ins of cars where they’re actually smashing the windows, they don’t want to draw that attention,” Mroz said.

Neighbors also got a hands-on look at the city’s new voting machines. Voters will receive a paper slip that they will insert into a slot on the machine when they begin to vote. They will make every choice by tapping the box with the chosen candidate’s name in it until it is highlighted. Once voters have made their selections, they will print the slip of paper that will be submitted as a physical backup copy in case there is an error with the machines.

Options for English and Spanish, changing the screen’s contrast or display the ballot in bigger font are available.