Joker is a beautifully made, anxiety-inducing fever dream of a film that has little to say, but much to discuss. 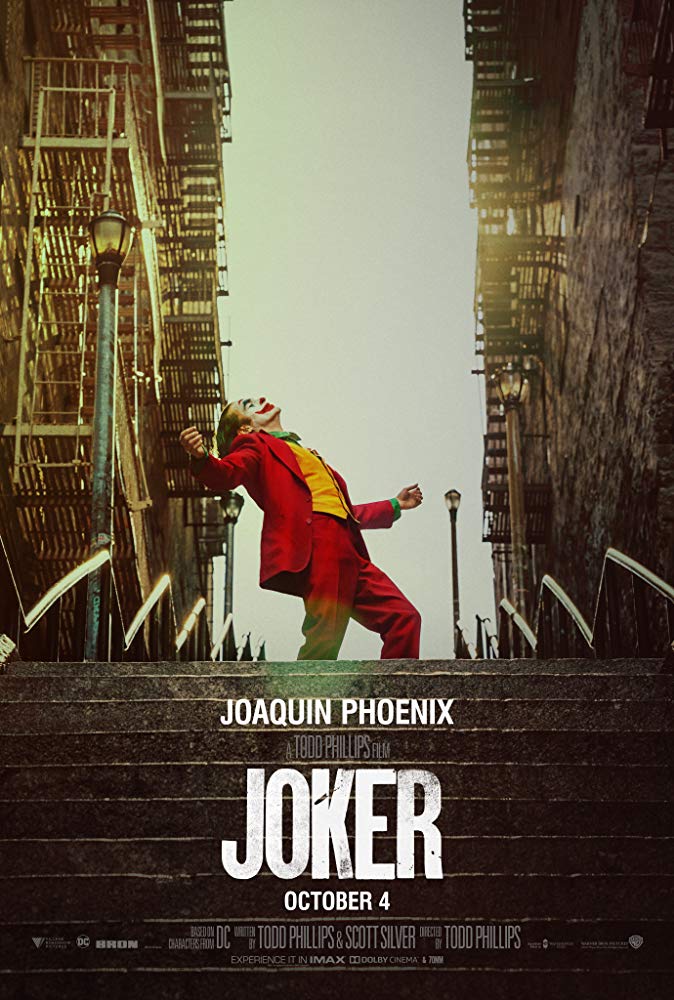 Joker is a very rare movie that has little original thoughts to share, but will (and already has) started a discourse for what it represents in pop culture despite that. The lunatic fever dream of a film is positioned at what can arguably be the most important opening date for a post-Avengers comic book movie release. Despite comic book origins, it’s not a superhero movie – it uses grounded realism, cinematography and acting to convey a story hereto untold in comic book panels. It just happens to follow the Joker, here named Arthur Fleck, a name never referenced in the source material. Joker is very much a character-driven drama picture, which just may be the way forward as traditionally flashy comic book movies seek to evolve. It’s just such an odd case that the movie represents so much, but says so little.

It’s not like director Todd Phillips set out to tell a particularly ambitious story. It’s a straightforward but effective arc of a mentally ill man who believes himself to be a victim of society and gradually descends into madness. Arthur is a version of Joker unlike any we’ve seen before thanks to Joaquin Phoenix’s immaculate performance. The opening scene shows Arthur, applying clown makeup and costume for his job, stretching his mouth and forcing out a painful-sounding laugh. But there’s no joy in his vacant eyes – he’s smiling even though his heart is breaking, as Nat King Cole’s voice narrates multiple times throughout the film.

Arthur lives in a version of Gotham that is somehow undergoing a garbage crisis (whatever that means) and invaded by “super rats,” which doesn’t get more explanation than that. He goes to therapy with a therapist who barely listens and is prescribed to several medications. After taking off the clown makeup he goes to a dumpy apartment with barely functioning elevators to take care of his mom and watch The Murray Show, which he dreams of performing standup on one day. Life is weighing him down, and he can’t get what he wants. People with wealth and power don’t care about people like him, he’s repeatedly told.

Which is, ultimately, the extent of what the movie has to say thematically. Not that having a more complex theme is required for the movie to be good. Phillips tells a simple story powerfully through his direction, and even though every audience member is expecting to watch his descent into the mad Joker when they buy their ticket, it still progresses in unexpected ways. Phoenix is a terror in the best way here, creating a character you can root for one minute, pity the next and fear the entire time. The film’s most powerful sequences play without words, such as Phoenix practicing stunted clown dance moves alone to Hildur Guonadottir’s swelling score. The music, tension and stakes intensify as the film hurdles toward its closing minutes, and, true to the character, you never truly know what Joker will do next. You just know something awful is around the corner, and the film beautifully plays up the drama.

“I was put here to spread joy and laughter,” Arthur at one point tells an audience in the film, imaginary or not. It’s a conviction he’s held to the core of his identity his entire life, but one he can never manifest into reality – his party clown gig serves only to make him a target for bullying instead of smiles, and he can’t get through delivering a standup routine at a club without a nervous breakdown. Much like Arthur, Joker isn’t a movie meant to spread joy. They both unfurl anxiety and trepidation, and do that with admirable artistry. That’s as deep as the capacity as both character and film goes. What happens to them next is what society places upon them.