Murt to speak in Washington about female genital mutilation 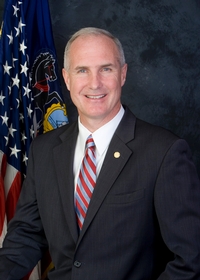 “It is such an honor to be part of this important event to raise awareness of this awful practice that lives in the shadows across the country,” Murt said. “We must spread the word that female genital mutilation exists and must be criminalized.”

Walk to End FGM is a GWPF initiative to bring awareness to and put an end to female genital mutilation by holding a walk on the National Mall. The walk is part of a two-day event that features advocates.

Last year, legislation sponsored by Murt to make non-medical FGM illegal was signed into law and officially criminalized as a first-degree felony in Pennsylvania.

Murt will be speaking at the Walk to End FGM, which begins at noon on Saturday, Oct. 19. ••