Drew Brown, an environmental engineer and the longtime manager of public education programs for the Philadelphia Water Department, last week led a group of more than 25 people on a tour of the Samuel S. Baxter Water Treatment Plant, 9001 State Road.

Among the guests were officials from PennEnvironment, state Sen. John Sabatina Jr. and Dr. Walter Tsou, the city’s former commissioner of the Department of Health.

Brown started with a simple statement.

“We drink the rivers,” he said.

Philadelphia’s drinking water comes from the Delaware and Schuylkill rivers.

Brown took the group to the top of one of the buildings that gave them a good look at the Delaware River, not to mention the Center City skyline. He discussed how water is treated at Baxter, which opened in 1909. 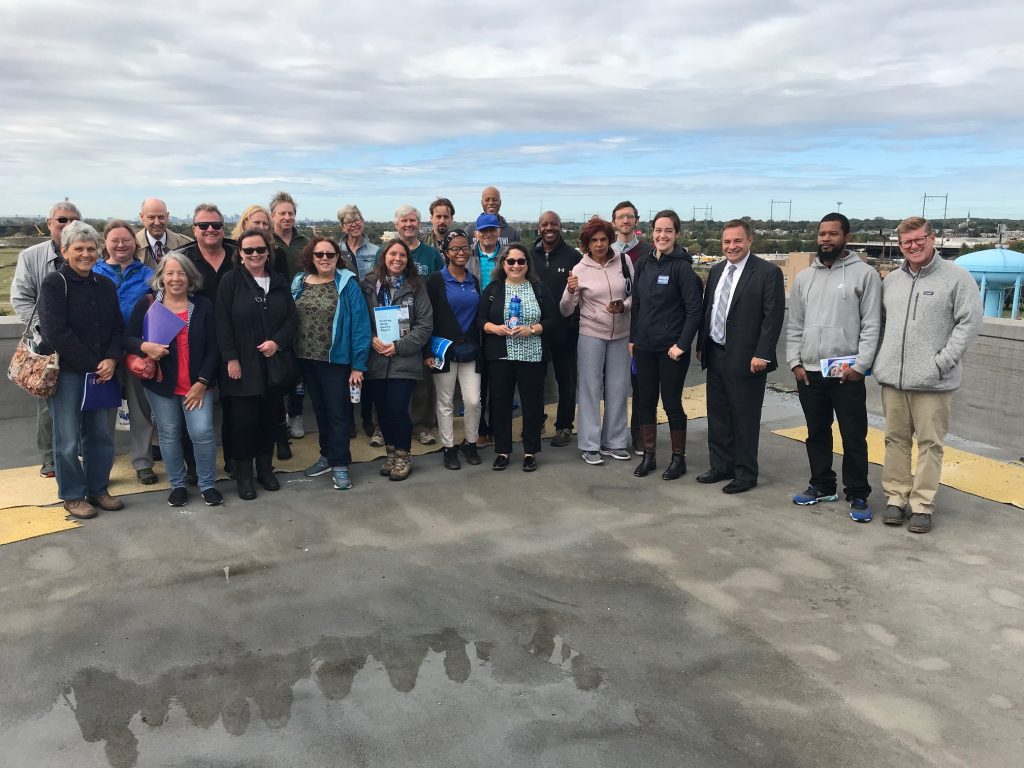 Employees at the plant work indoors and outdoors. Brown outlined treatment steps, from disinfection to coagulation to flocculation to sedimentation to filtration and finally to distribution.

Individuals or groups, including schools, that want to tour Baxter, a wastewater treatment plant or green infrastructure sites can call 215-685-6300 or email waterinfo@phila.gov. ••