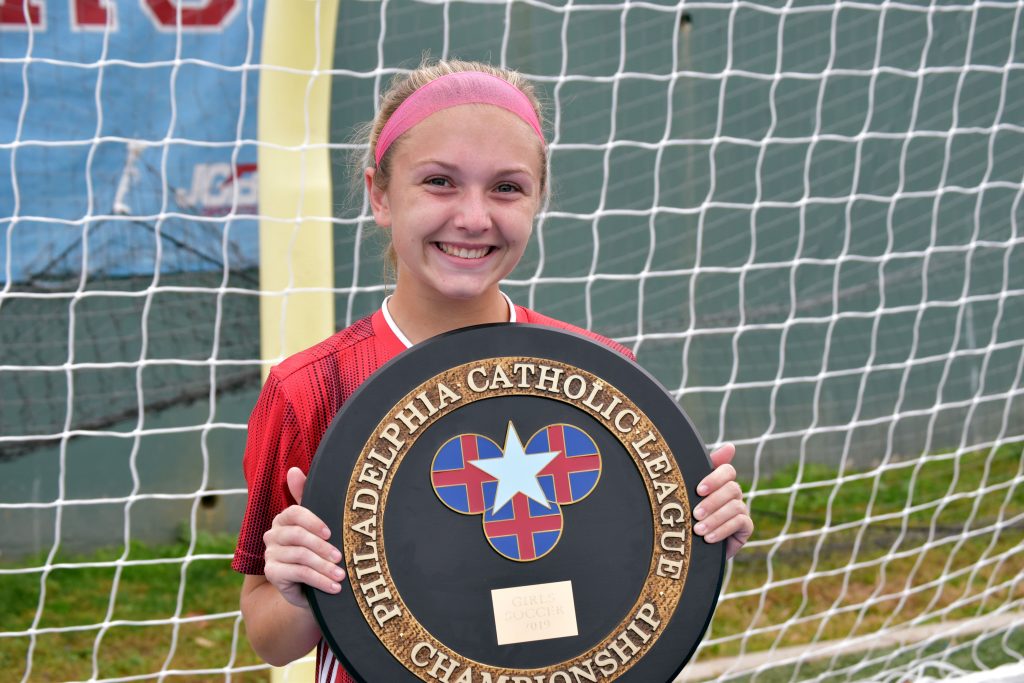 Right from the start, Gianna Monaco knew it was going to be different.

Her coaches told her and as soon as she stepped foot on the field, they were right.

Monaco, a senior on the Archbishop Ryan High School girls soccer team, exploded for 24 goals during her junior season and was the MVP of the Catholic League.

People tend to notice that and when you’re pouring in goals at a record clip, teams tend to play you differently.

They certainly did all season.

Monaco’s goal numbers went down, but she’ll take it any day. Because unlike last year when she had 24 goals, this year she has one championship.

Monaco and her teammates bested Archbishop Wood 1-0 in a tightly contested Catholic League championship to bring the plaque back to Ryan. Last year, the Ragdolls fell in the championship, a season after Monaco’s sophomore year, when she also helped Ryan win the title.

The Ragdolls have now won six of the last eight Catholic League championships.

Ryan won on a goal scored by Sarah Szychulski in the first half. The Vikings buzzed in the second half, but the defense held strong.

The win capped off a perfect Catholic League season that included a 10-0 mark in the regular season.

But Monaco knew this year was going to be a fun one before she even squared off against a Catholic League foe.

“We always play Souderton in a scrimmage and they’re really good and they usually blow us out,” Monaco said. “This year, we played them in a great game. We still lost, I think it was 2-1, but we played really well. I knew then that we could have a really good year. I knew we were going to be good even during workouts before we started practice for real, but that was when I knew we could be a really good team.” 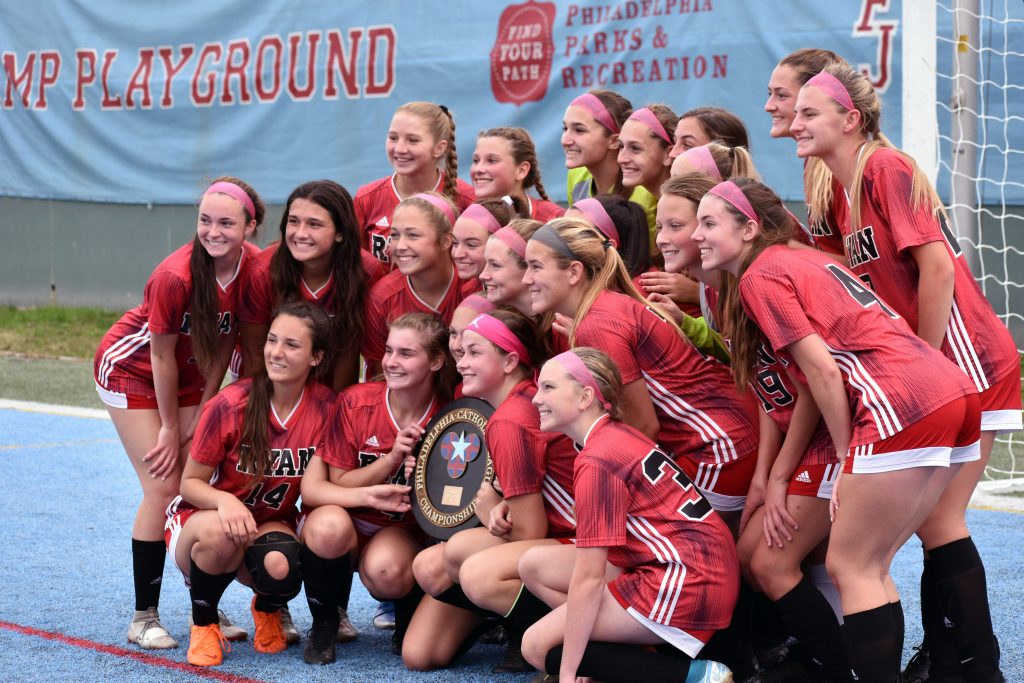 Being a good team might get you into the playoffs in the Catholic League, but talent takes you only so far. Monaco also credits her team with working for what they accomplished.

The season isn’t over. Ryan will now go on to play in the state tournament, and while the PCL crown was the biggest goal, it’s time to recalibrate.

“We really want to make a deep run, we think we can because we have a great team,” Monaco said. “We have seniors who want to keep playing, and the younger players are really good. Experience means a lot, so the more we play, the better we’ll get.”

Monaco sounds like a leader because that’s exactly what she grew into this year.

When she was on the team as a sophomore, the Ragdolls had 11 seniors who guided the team to that championship. She credits the girls on that year’s team for helping her grow from a role player to one of the best in the state.

This year, Monaco was one of the captains and the player who was always there to help guide the younger players through the grind of competing in the Catholic League.

“I really liked being a leader this year, I just tried to help out where I could,” Monaco said. “I remember when I was a sophomore and we had all the seniors, they helped us a lot. I wanted to do the same.

They watched and they paid attention. And they saw a reigning MVP completely change her game for the betterment of the team.

And if they’re really watching closely, they’ll see how much she enjoyed it.

“Winning a championship is so much better than scoring and winning MVP,” said Monaco, who was All-Catholic during her sophomore and junior years, and is waiting word on this year. “Winning is the best. It was even better winning it as a senior than it was a sophomore.”

Next year, Monaco will continue her soccer career in college. She’s unsure where she’ll end up or what she’ll study. But one thing she is sure of is next year’s Ryan team will be in the mix for another championship.

Fulgham and veterans give Eagles fans a reason for hope