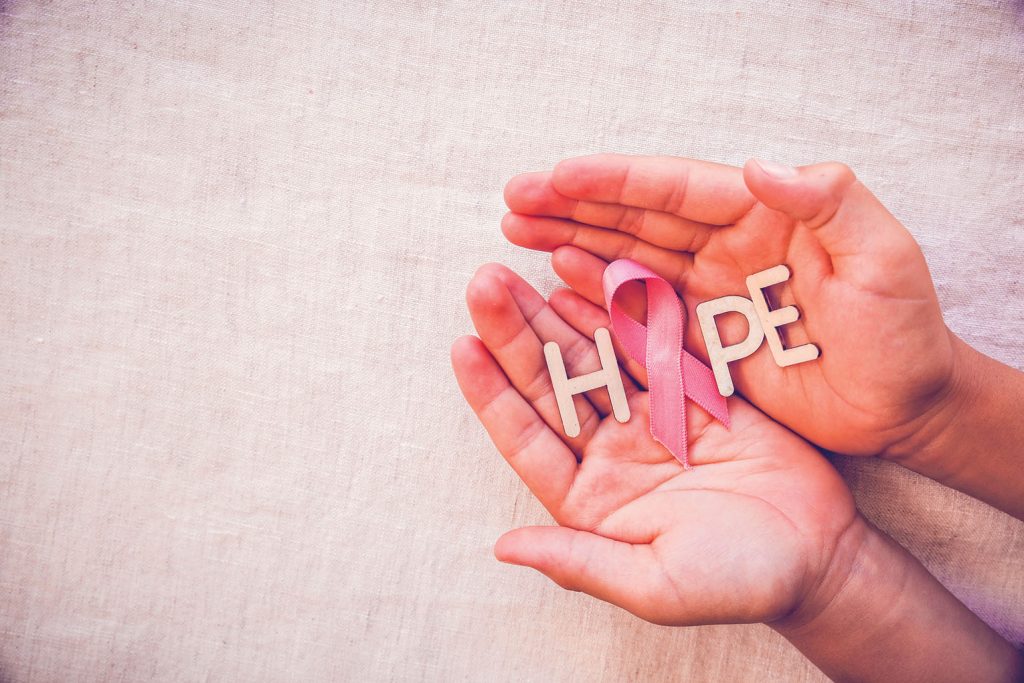 October being Breast Cancer Awareness Month, you may have been reminded last month that the disease is still the most commonly diagnosed cancer in American women next to skin cancer, affecting one in eight women at some point during their lifetime. Although it is rare, men are not immune to the disease and run a lifetime risk of around one in 833, according to breastcancer.org.

Despite these troubling statistics, Dr. Sramila Aithal wants to assure you there is reason to hope. As a medical oncologist and hematologist and director of the Breast Center at Cancer Treatment Centers of America, she knows a thing or two about the disease.

“Breast cancer is a very passionate topic for me because it’s what I do day in and day out, helping all these women and a few men going through this journey,” Aithal said. “Although October is designated Breast Cancer Awareness Month, I think the work doesn’t begin or end in the month of October, it is an ongoing journey both for those who are going through the disease as well as those at the forefront, trying to help these women.”

When she speaks of reasons to be optimistic, she points to significant progress made over the last few years when it comes to more effective breast cancer treatments as well as treatments contributing to improved quality of life for patients both in the midst of and following treatment.

The work she and her fellow physicians at CTCA do aims to cater to the individual needs of each patient they treat. The heterogeneous nature of the disease means it does not behave the same way in each person who contracts it.

“We have to take into account the behavior of breast cancer in an individual, which sometimes becomes difficult to apply what was studied in a population to that individual. We also have to take into account that person’s interests, desires, how they could tolerate a given treatment, what their wishes are and individualize a treatment to them, rather than ‘one size fits all,’ ” Aithal said.

This kind of individualized treatment opens the door to a much wider variety of treatment options available to patients. According to Aithal, thanks to modern advances in treatments, not every case of early-stage breast cancer needs to receive chemotherapy.

“In the past, everybody would have received chemotherapy and gone through rigorous side effects, both short term and long term,” Aithal said.

Today, through the utilization of genomic assays, or tests, she can determine the behavior of an individual patient’s breast cancer, calculate its risk of recurrence and determine if they truly need chemo.

“There are several women who safely forego chemotherapy, however it’s important to note that this is only applicable to a certain subset of breast cancer, which is hormone receptor positive,” said Aithal.

Another area the local doctor is excited about involves CDK (cyclin-dependent kinase) inhibitors, which show improved progression-free survival rates. Aithal considers this a “game changer” in the treatment of hormone receptor-positive HER2 negative metastatic breast cancers, a mouthful that comprises about 60 to 70 percent of all current cases of breast cancer.

Although they have been around for a number of years, CDK inhibitors have come so far through increased understanding that they, combined with hormone therapy, now make up the first line of treatment in place of chemo.

“This targeted therapy acts like putting a break on the cycle. It is combined with hormonal therapy and, when given as a first-line treatment, it has shown tremendous results in improving one’s cancer from progression for several years,” Aithal said.

These are just a few examples of new treatments that are now available to patients, but despite some of these exciting advances in treatment options, Aithal says the best approach starts simply with early detection through regular screenings and prevention through healthy living.

“Having a healthy lifestyle – regularly exercising, eating a prudent diet, avoiding alcohol, avoiding obesity – has proven in clinical trials to reduce both incidence and recurrence of breast cancer,” Aithal said. ••

These schools are hosting reunions

Congratulations to these scholars