On last Sunday’s sunny but chilly morning, almost 50 neighbors from Bustleton and surrounding communities gathered at the intersection of Bustleton and Red Lion Road to send one clear message: No warehouse.

Conversation about the massive warehouse coming to 1 Red Lion Road has gained traction in the last few weeks as community organizations like Greater Bustleton Civic League and Somerton Civic Association held meetings about the topic. GBCL president Jack O’Hara and community members decided to stage the protest to further spread awareness of the warehouse’s massive specifications.

“There are two goals: spread awareness of the project, and encourage our elected officials to support and represent our opposition,” O’Hara said.

“It’s unanimous opposition,” he said, gesturing to the neighbors who occupied all corners of the intersection with signs, fliers and petitions.

The 1.85-million-square-foot warehouse will include 350 truck bays and 704 parking spaces, early plans show. For perspective, the former Budd Co. plant totaled 1.1 million square feet, and Lincoln Financial Field is 1.7 million square feet. It will be in operation 24/7.

A tenant is locked in to the site, but has not been officially announced yet. Representatives from UPS have expressed interest in the site in multiple articles, but there is no official word if they are the tenant.

Bustleton resident Mona Cohen is no stranger to organizing community efforts. She was involved ruling Trinity Church, Oxford a historic site to kill the church’s lease with Royal Farms, and convincing the developer of a potential hotel in Bell’s Corner to withdraw his application.

When she heard about the warehouse project within a mile and a half of her house, she knew she had to step up to help organize the protest.

“The roads cannot sustain that kind of traffic,” she said. “I think that it will impact the environment from the toxic emissions, and if truck traffic increases, making a turn on Red Lion Road will become impassable.”

“I don’t think people did traffic or environmental studies, and if they have we want to see them,” she said.

Making a left turn out of her driveway on Verree Road near the site is already almost impossible during rush hour in the morning, resident Marlene Markowitz said. She couldn’t imagine what would happen if 18-wheelers were added to the circulation, the teacher said, holding a sign that read ‘Save the N.E.’

“What are they doing? Why are they doing this?” a passerby asked Markowitz. After she explained, the passerby covered her mouth in shock and said, “Oh my God.”

It was announced CDC bought the land from Teva Pharmaceutical Industries for $18 million in March last year. O’Hara and others have been seeking more information about the site since. Stephen Collins, executive vice president at CDC, said a finalized plan is hoped to be released by the end of the year, and neighborhood feedback “will be relevant” once it is. •• 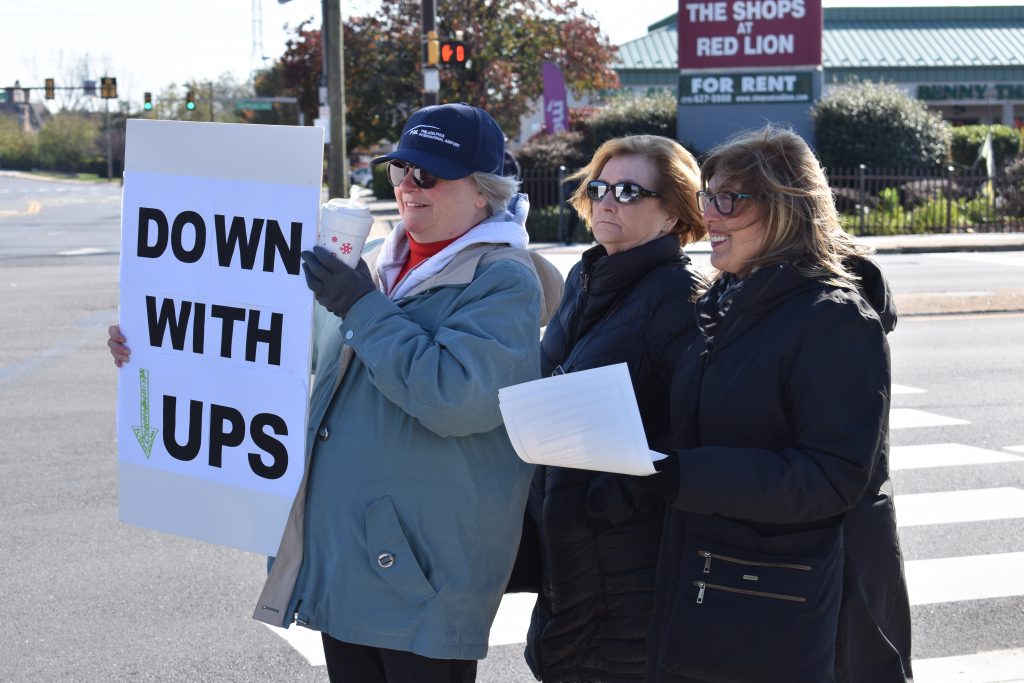