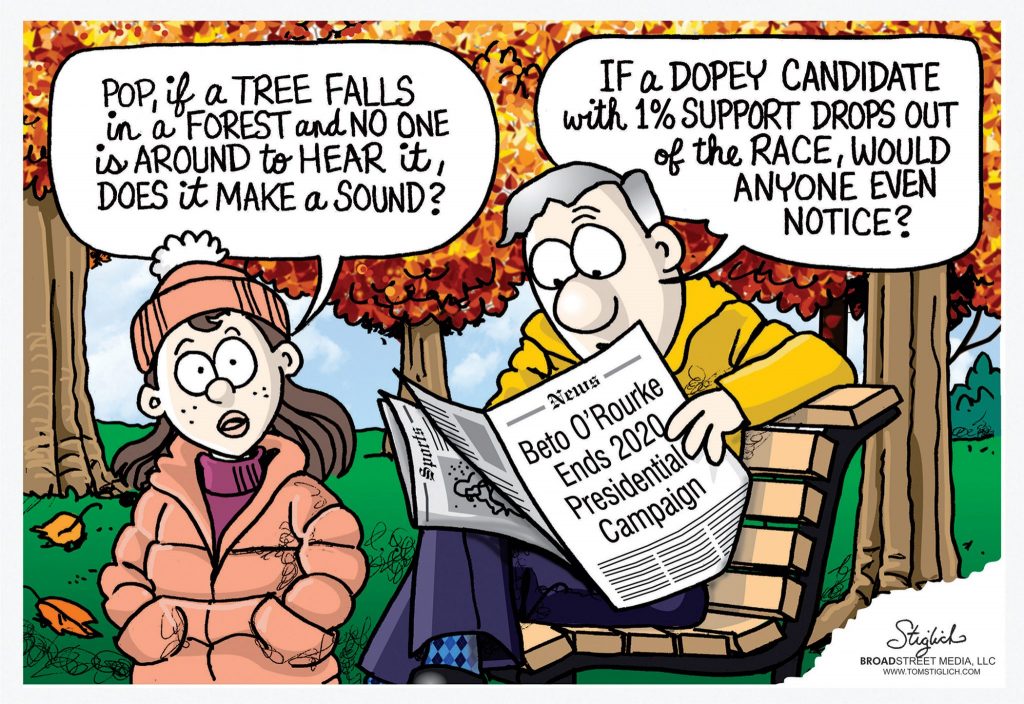 My wife and I live at an apartment complex for senior citizens. We recently received notice from Comcast (Xfinity) that, if we wanted to continue viewing the Turner Classic Movies channel, we would have to purchase a Sports Entertainment Package.

We are both up in years, as are many of our neighbors, and do not get around much anymore. Turner Classic Movies brings us a lot of enjoyment.

It seems a little heavy-handed of Comcast to force us to pay for a sports package that we do not want just to receive what we have been getting all along.

The Comcast “spin doctors” will say that this monthly raise was not aimed at the elderly, shut-ins and disabled citizens, but that is exactly who is going to be hurt the most. Does Comcast really need the money that bad that they have to strong-arm the senior citizen population in order to get it.

What a pitiful city. Instead of worrying about infants and children getting shot on our streets, City Council’s main concern is to ban plastic bags.

Our streets are already full of filth and litter, but now let’s add dog poop to the mix.

Because without plastic bags, how are people going to pick up after their dogs?

It’s tough enough when we have to run from the hail of bullets, but now we have to tread lightly doing it.

Be a better neighbor

They pile trash from their homes in front of their houses with no trash cans, so the cats, rodents, etc. rip the trash bags open, and you get the picture. They empty their cars out onto the street. Their kids have no respect for anyone.

Please, try and teach your kids how to respect others and try and be a better neighbor. You know who you are.

Be wary of Medicare for all

All of the Democrat candidates for president are in favor of Medicare for all. I am 96. Unless you are a Medicare recipient, you don’t know how it operates.

First, you are responsible for a deductible.

You also are responsible for payment of a first day of confinement in a hospital. In order to help pay these costs, supplemental plans are offered by insurance companies.

When I retired, I purchased a plan supported by AARP. United Healthcare has raised its rates every year since it was selected as a provider for AARP. Presently, my wife and I are paying $6,000 a year.

You can change plans once a year. I applied to two providers. When I mentioned my age, the first provider hung up on me. The second said, in order to change plans, according to Obama, you had to be hospital-free for the last 16 months.

Since my wife was recently in the hospital, we were ineligible.

If Medicare for all becomes the law of the land and it remains in its present state, millions of participants will not be able to pay the supplement.

Several talked about violence protection and having gun-free zones, as if criminals will adhere to that.

I say to those Council members, how about getting on the backs of the mayor and DA about removing and keeping those off the streets who would do harm to others.

This is the best violence-protection program you can have.