Greene was traded, along with Dale Murphy, by the Atlanta Braves to the Phillies in 1990. He threw a no-hitter in 1991 against the Montreal Expos. He went 16-4 in 1993, and was the winning pitcher when the Phillies defeated the Braves in the sixth game of the National League Championship Series, sending them to the World Series. He is now a post-game TV analyst for the Phillies. Asked whom the toughest batter was he faced, he said Pirates catcher Mike “Spanky” LaValliere. 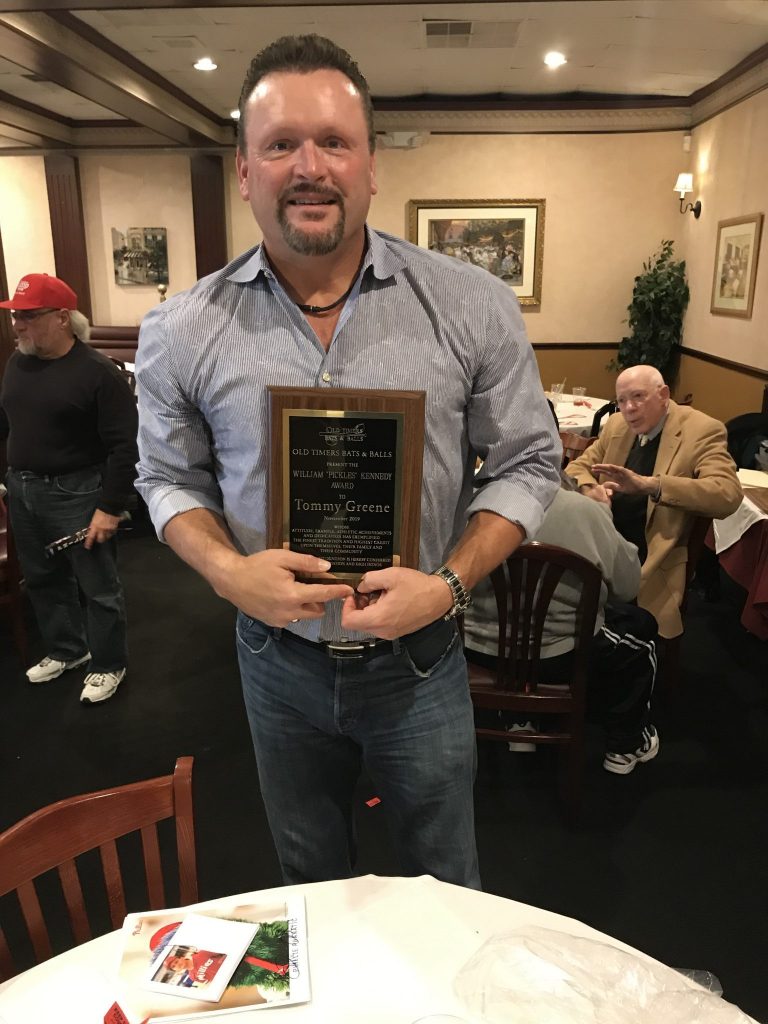 Celek was a fifth-round pick out of Cincinnati by the Eagles in 2007. A tight end, he retired after the Eagles won Super Bowl LII. He told the crowd he thinks the victory changed the city forever. He won the 50/50, and donated the money back to the Oldtimers. 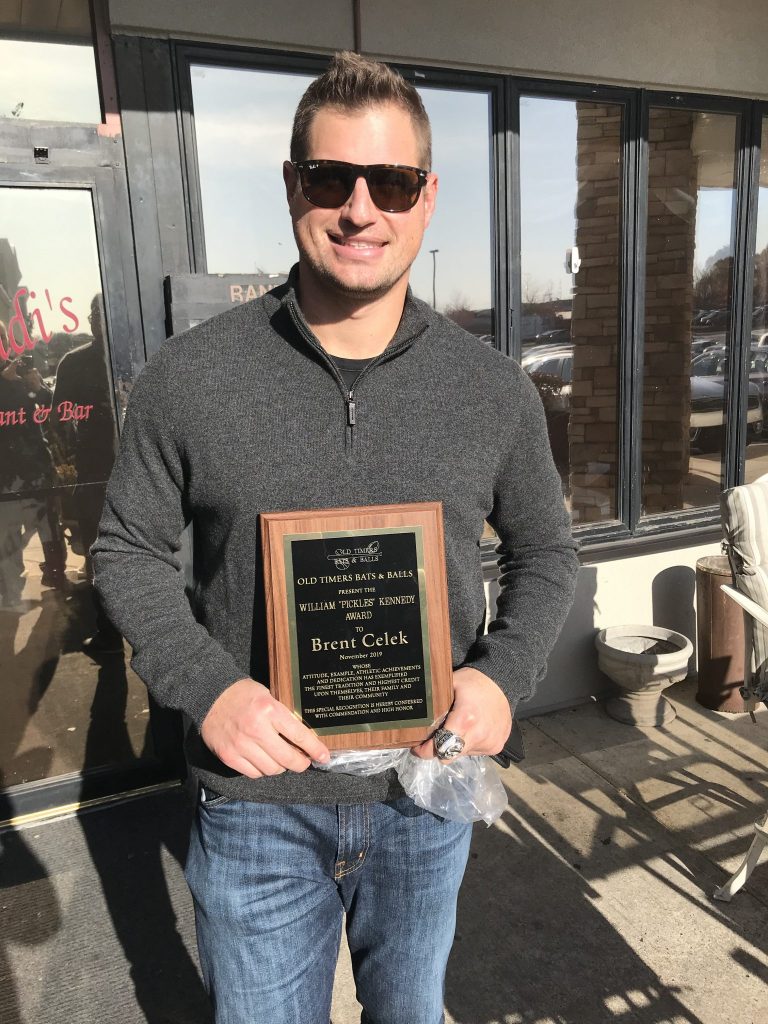 The award is named in memory of Bill “Pickles” Kennedy, a former star basketball player at Lincoln and Temple. Kennedy spent a year with the NBA’s Philadelphia Warriors, then played minor league baseball for several years in the Pirates organization.

The Chuck Newns Recognition Award was presented to Roger Gordon, a former Common Pleas Court judge and Princeton basketball player who has coached for the Phillies RBI youth baseball program.