Darryl Johnson always looked to the seniors to make plays.

Johnson is a junior on the George Washington High School football team, and while the Eagles didn’t have a lot of seniors on the small roster, they did have some good ones. And when the team needed a spark, they could always look to the older players.

Johnson was always watching, learning and trying to be just like them.

“We have great seniors on this team,” said Johnson, who plays running back and cornerback. “I always look to Robin (Husayn Bonaparte) because we play the same positions, and he’s a great leader. He’s helped me so much. It means a lot to have a guy like him on the team.

“We knew this was a young team, but we wanted to win for them. I think this wasn’t our year, but we’re going to be really good. But we wanted to make sure we played hard for the seniors because if we do well next year, it’s going to be because of them.”

It’s safe to say Johnson did everything he could to give the seniors the best going-away present they could ever have. 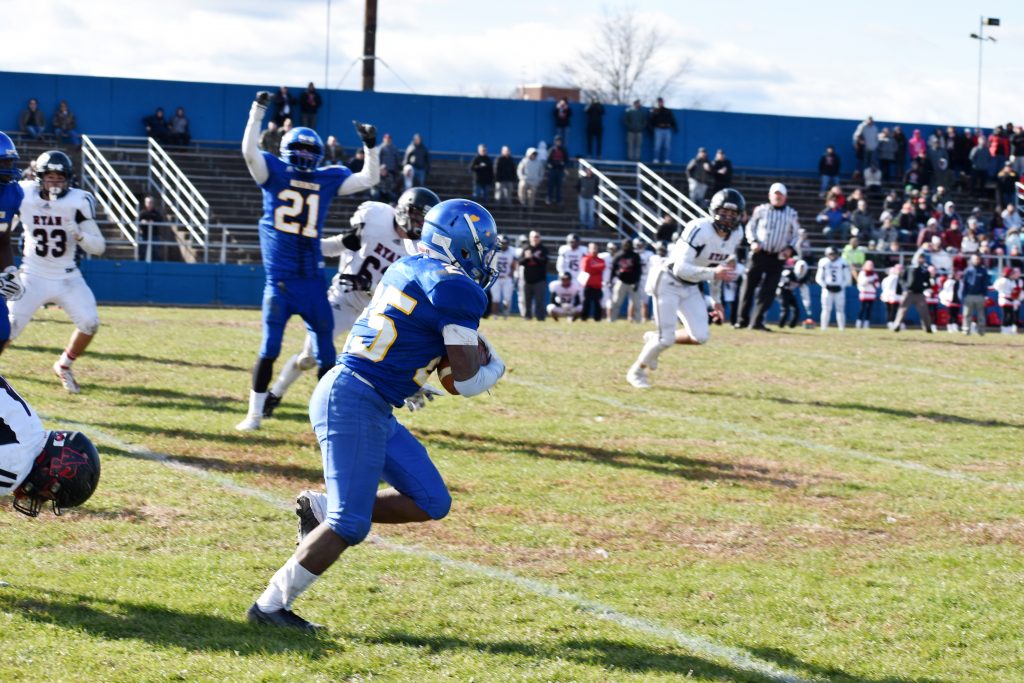 Johnson picked off a pass late in the fourth quarter and returned it 97 yards for a touchdown to seal the deal for the Eagles in a 20-7 victory over Archbishop Ryan in the annual Thanksgiving Day tussle. The win capped off a back-and-forth defensive struggle that saw Washington take a 6-0 lead into halftime before the Raiders took a one-point lead in the third quarter.

Washington reclaimed the lead with under three minutes left in the game when Hassan “Batman” Bonaparte hauled in a 29-yard touchdown pass from Kyle Schumann.

Ryan drove the ball down to the 4-yard line with under 30 seconds to go, but that’s when Johnson picked off the pass and took it to the house to put the game away.

The victory helped the Eagles improve to 4-6 on the year, which is a good finish considering the team started 0-3 and got outscored 96-18 in those lopsided setbacks. 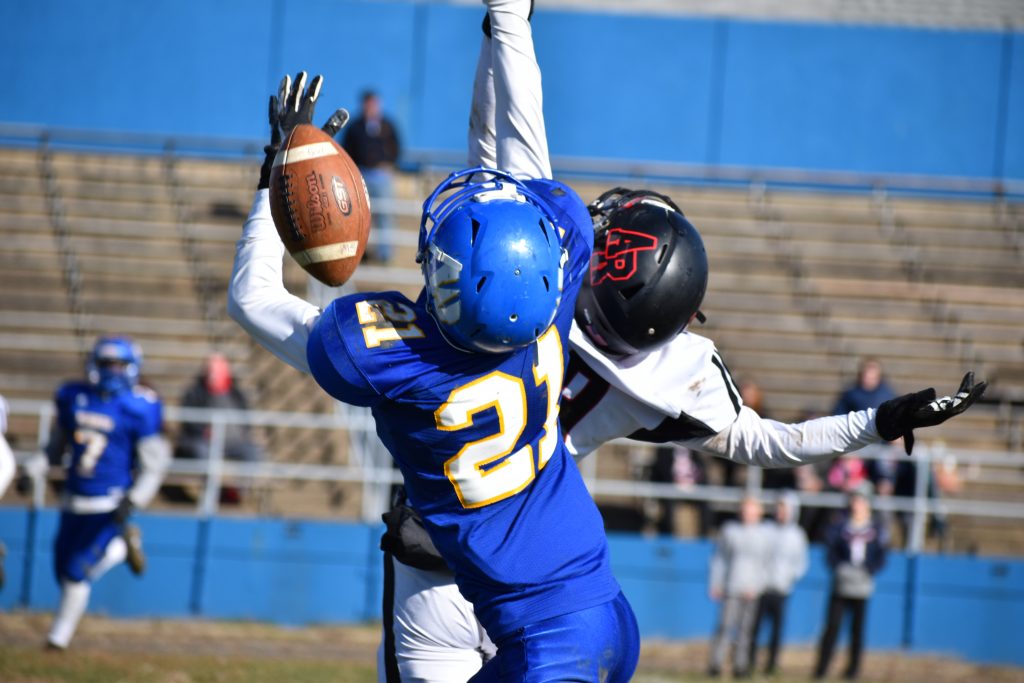 When the season started, numbers were low and so was experience, but the team put it all together to finish with a great win, capped off with the triumph over their Catholic League rivals.

“This team overcame a lot and I couldn’t be more proud of them,” said Washington coach Stephen “Kyle” Benzio, who watched the Eagles win for the first time since 2010. “We made sure the guys on this team were committed and wanted to play. It’s hard in the summer because kids have to work and it’s hard, but we needed guys who were committed to the team. This team has guys who are committed.

“Ryan’s a good team. This is a huge win for us. And the kids deserve so much credit for it. They worked for this.”

Washington was playing in front of former coach Ron Cohen who led Washington to 261 wins, the most ever by a Public League coach. Cohen spoke to the team after the game and pointed out the great plays by many of the guys.

Johnson’s was high on the list, as was a tackle by Bonaparte during Ryan’s drive before the interception. 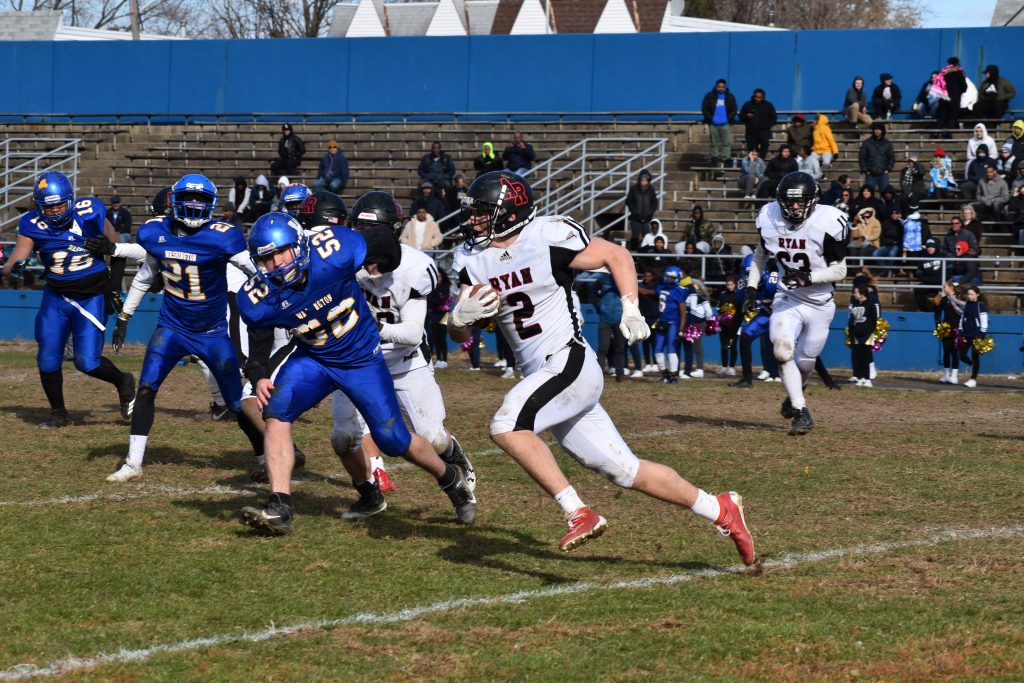 Johnson had the biggest, and it was the cherry on the sundae for the junior who has big plans for next year.

“I think we can win the championship next year,” Johnson said. “Everyone said we wouldn’t win today, and we did. We won because we worked hard. We worked harder than anyone. This team has everything, and we will really miss (the seniors), but we’re so young, man, we can win next year.” 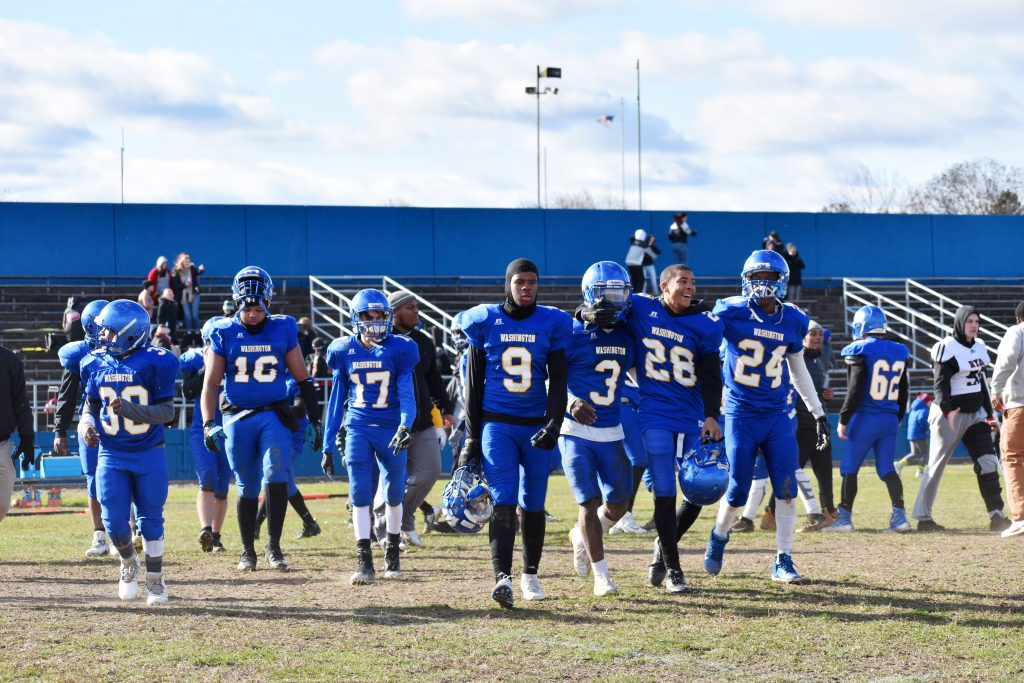 He thanked the seniors for their contributions to this team. Without them, they wouldn’t have won many games, and even more importantly, the underclassmen wouldn’t have learned from them to grow as players.

Then he addressed the younger players, telling them to be in the weight room after school on Monday.

Johnson has a valid excuse for not showing up. He’ll be in the gym jacking up three pointers and helping the Eagles run the offense on the basketball court.

But he isn’t sure he’s going to use that card.

“If I can find a way to do it and play basketball, I’m going to do it,” said Johnson, who admits his main sport is football. “I wish we could start playing now. I can’t wait for next year. I think we can play with anyone. 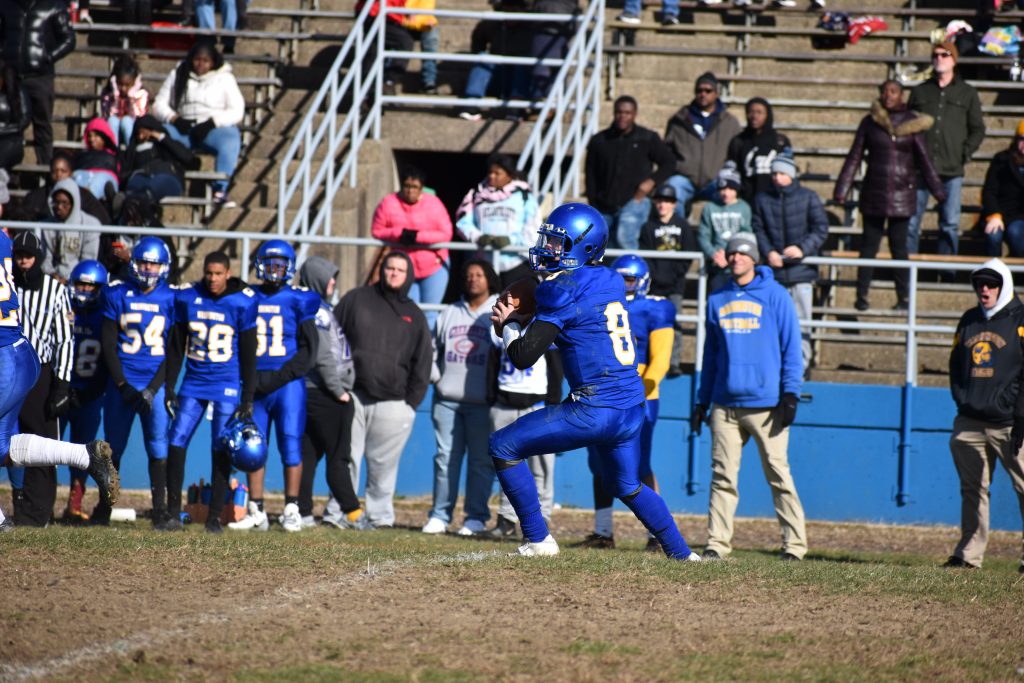 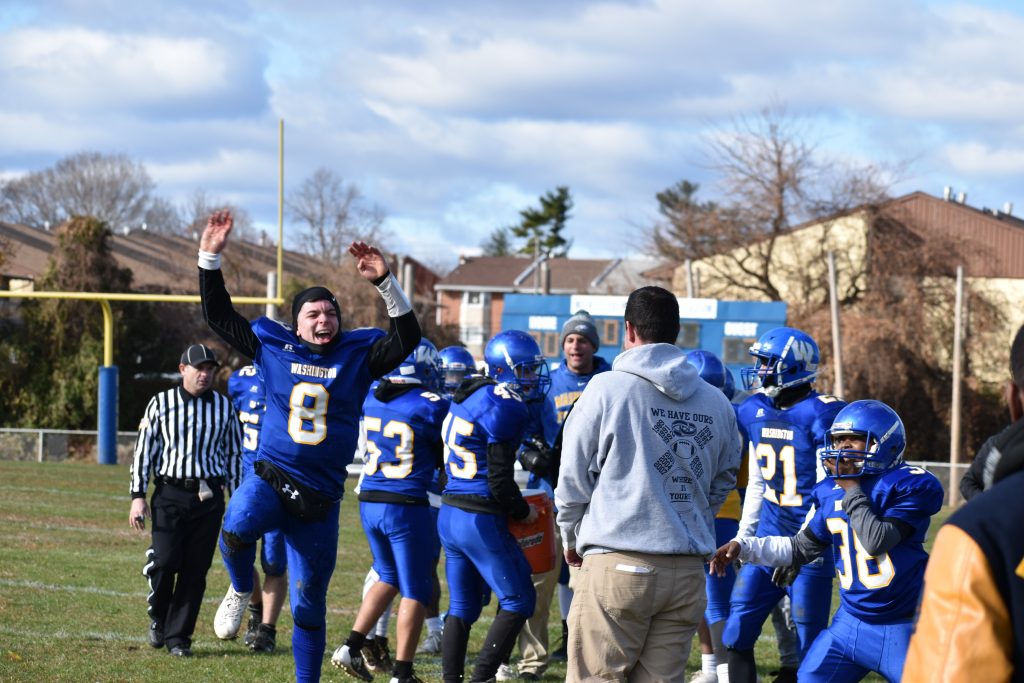 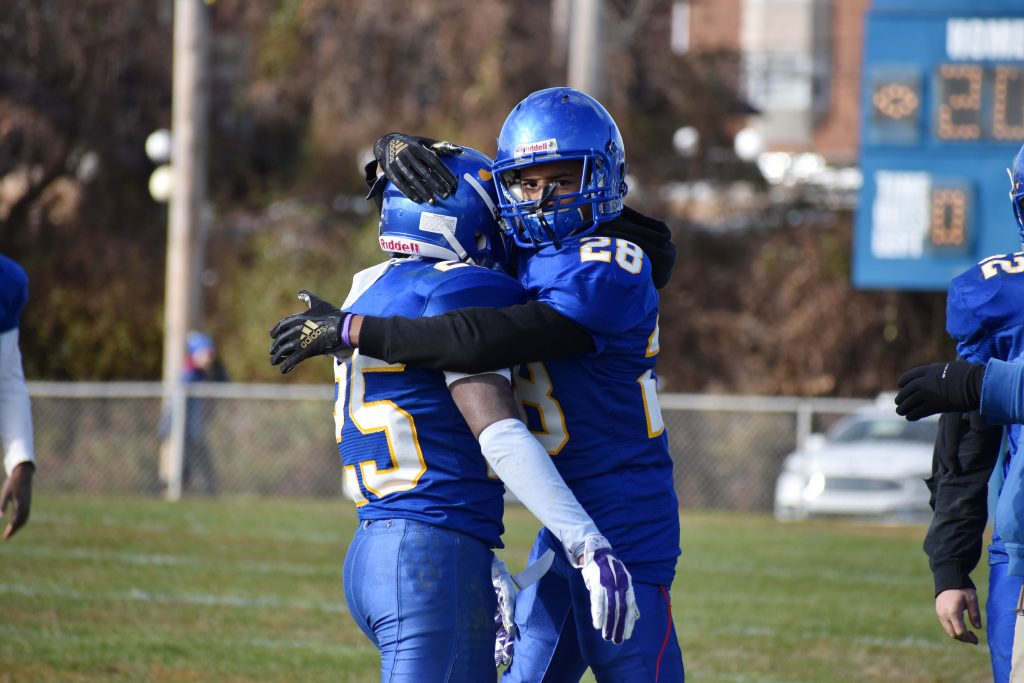 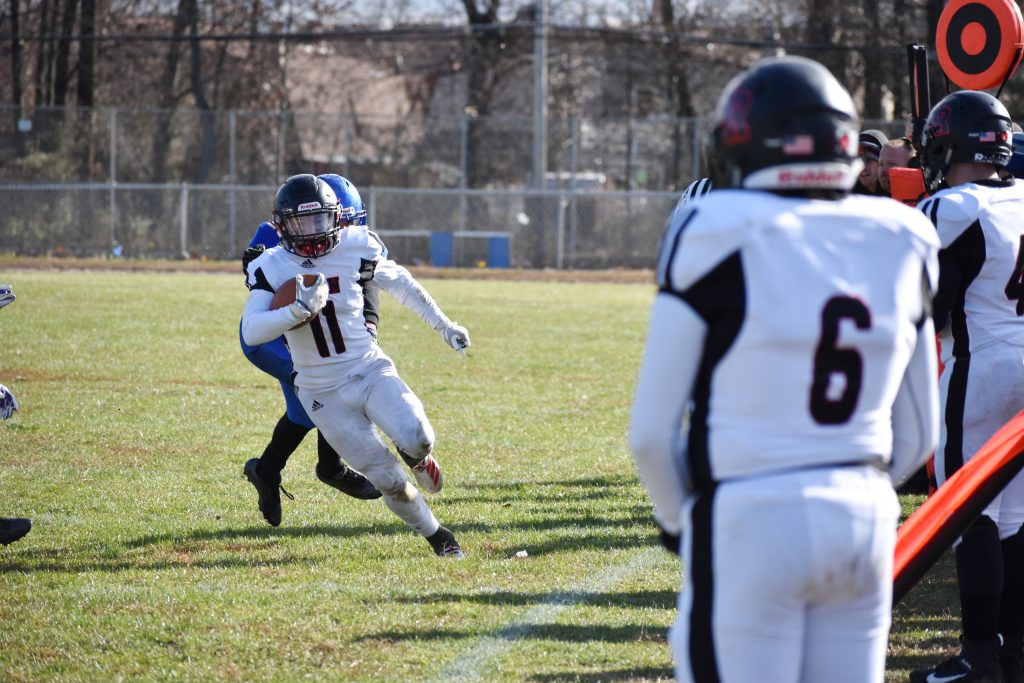 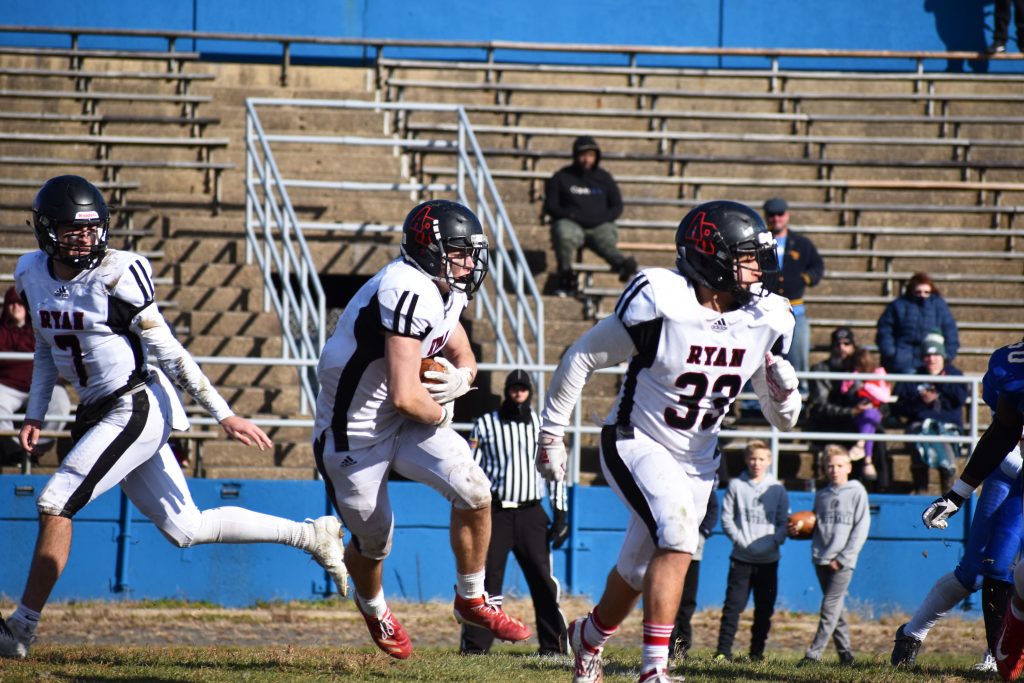 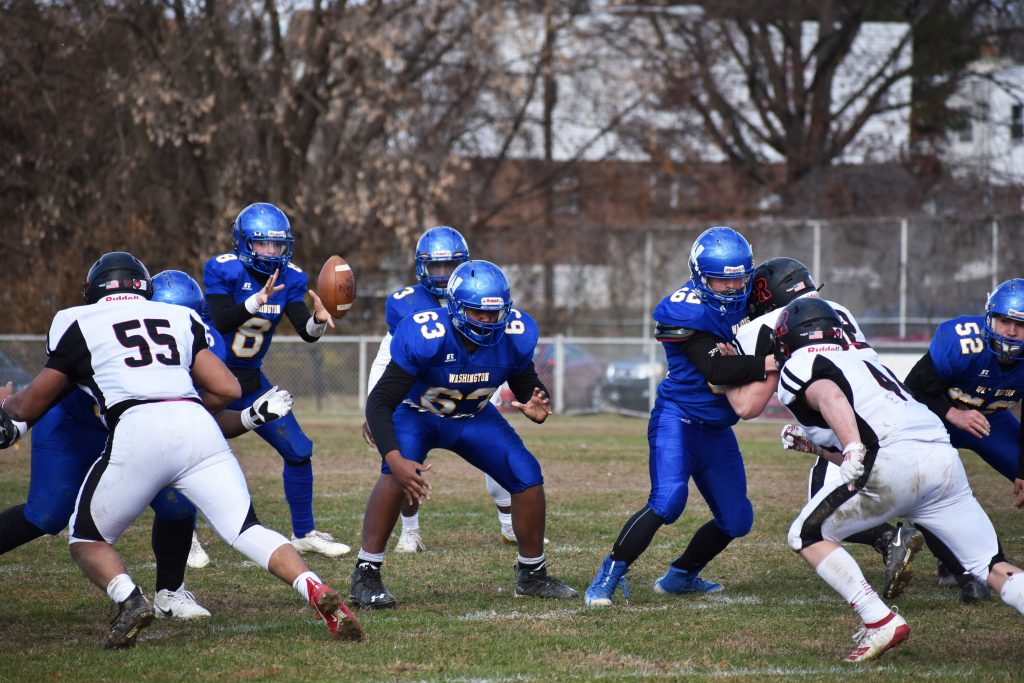 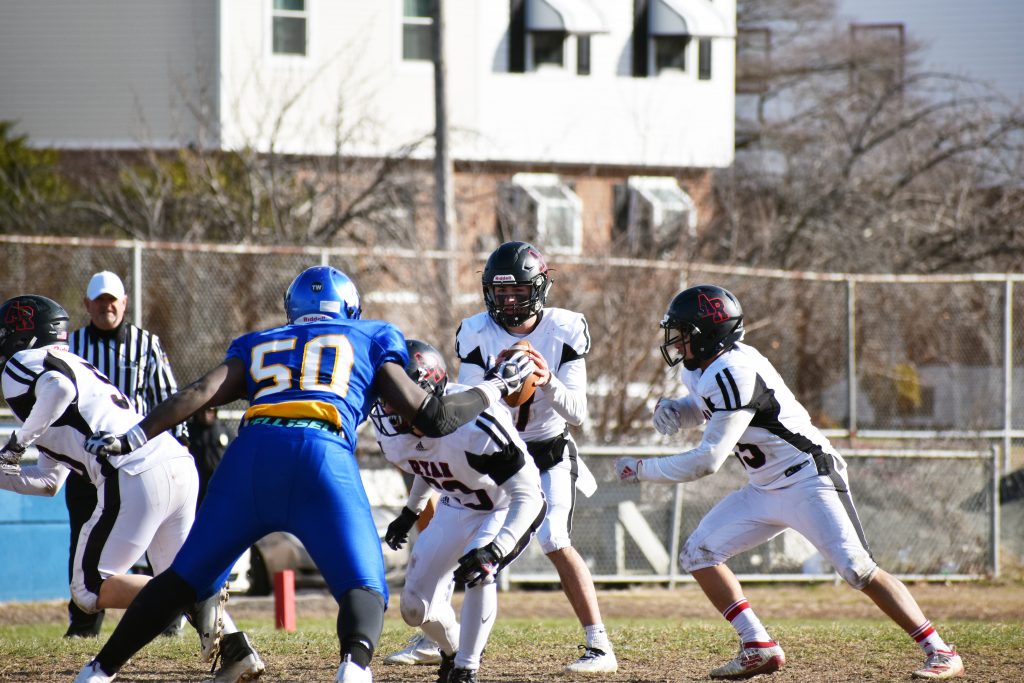 DiVergilis learned a lot at Wood