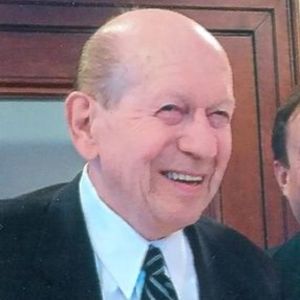 The burial followed a viewing at John F. Givnish Funeral Home and a funeral Mass at St. Anselm Church.

McAleer was elected Democratic leader of Ward 66-B in 1969 and kept that post until his death. He began working for then-state Sen. Mike Stack in 2001. In 2003, he was a candidate for Traffic Court. When Stack was elected lieutenant governor in 2014, McAleer was instrumental in choosing John Sabatina Jr. to be the Democratic nominee in the special election.

After Sabatina won that race, McAleer began working for him and was on staff until his death.

“I was deeply saddened when I learned of Mike McAleer’s passing,” Sabatina said. “Mac was a true friend who was always in my corner. In life and politics, I was thankful for his wisdom, guidance, dedication and friendship. A legend in Philly politics and a true public servant. The unofficial ‘mayor’ of Parkwood, Mac will be remembered fondly by the countless people he helped throughout the years. Mac was one of a kind, and the type of friend we all hope for. He will be sorely missed.”

A recent infection caused McAleer to lose a leg, but his rehabilitation was going well at a facility in Brigantine, New Jersey. He was expected to be released in time to celebrate his 82nd birthday on Sunday. He died of an aortic aneurysm.

“He was upbeat,” he said. “The infection went away. He was getting fitted for a leg. He got cheered up and was doing good. We talked about the Eagles game. What a shame. Mike will be missed.”

John Del Ricci grew up as a friend of McAleer’s son, Gene, and said the elder McAleer is a deserving member of the Parkwood Youth Organization Hall of Fame. Del Ricci became close to McAleer and is now ward chairman in 66-B.

“He was my best buddy. I talked to him 15 times a day,” Del Ricci said. “He was definitely a cornerstone up here in the Northeast for a long time.”

McAleer served in the U.S. Army as a combat medic during the Korean War. He and his late wife, Kathleen, raised five children: Michael, Sean, Maureen, Kathleen and Eugene. He was the grandfather of Michael IV, Nicole, Peter, John, Colin, Mary, Sean, Claire, Kevin, Daniel, Andrew, Jeffrey, Kayla, Katie, Abigail, Ella, Colton and the late Krystal and great-grandfather of Jasmine and Liliana. He is survived by his fiancee, Gertrude O’Neill.

McAleer also worked for the state Liquor Control Board and the Philadelphia Parking Authority and in the private sector. He worked for 20 years for Boeing Corporation, where he was elected as a union representative and secretary treasurer for the United Auto Workers.

McAleer was chairman of the Northeast Democratic Ward Leaders. He was a lifetime member of the Parkwood Civic Association, which he helped create in 1965.

Donations in McAleer’s memory can be sent to the Wounded Warrior Project at www.woundedwarriorproject.org. ••