The Republican City Committee of Philadelphia is calling on District Attorney Larry Krasner and other elected officials who received donations from state Rep. Movita Johnson-Harrell to contribute the money to a worthy charity.

Last week, Johnson-Harrell became the latest in a long line of Philadelphia Democrats to be arrested on corruption charges.

Shapiro said Johnson-Harrell diverted Medicaid and Social Security disability funds from her charity for her own personal use. She spent almost $15,000 on clothing, including online shopping sprees at Ralph Lauren and fox fur coats. She traveled to Mexico (twice), Orlando, Atlanta and Ocean City, Maryland on trips costing $16,000 of MECA funds. She spent $2,000 on overdue car payments on her Porsche, $3,000 for an overdue IRS tax bill, another $4,000 on tuition for a relative, $3,200 for Philadelphia Gas Works bills, more than $4,700 on city taxes, almost $20,000 on overdue mortgage payments and almost $8,000 to cover a restitution payment for a criminal conviction for failing to pay unemployment compensation tax.

A member of the House Tourism & Recreational Development Committee, she traveled to Mexico (twice), Orlando, Atlanta and Ocean City, Maryland on trips costing $16,000 of MECA funds. She filed for bankruptcy in November 2018.

“Democratic leaders at both the state and local level supported Johnson-Harrell’s bid even though they were aware of her legal troubles, which included massive judgments and liens, and a personal care home she operated being shuttered due to unsafe conditions,” Don Garecht, political adviser to the city Republican Party, said in a statement. “She was a key employee in District Attorney Krasner’s leadership team, who supported her in her bid for state representative. Where was DA Krasner and why didn’t his office lead the charge on this serious issue?”

The charges include theft by unlawful taking, theft by deception, perjury and tampering with public records.

“Once again, Philadelphians are seeing the result of unchecked one-party control of our city as yet another Democratic elected official is being prosecuted for what the PA attorney general called ‘systemic corruption,’ ” Garecht said. “Just as disturbing as this incident itself is how it reflects upon the entire Democratic power structure in Philadelphia.” 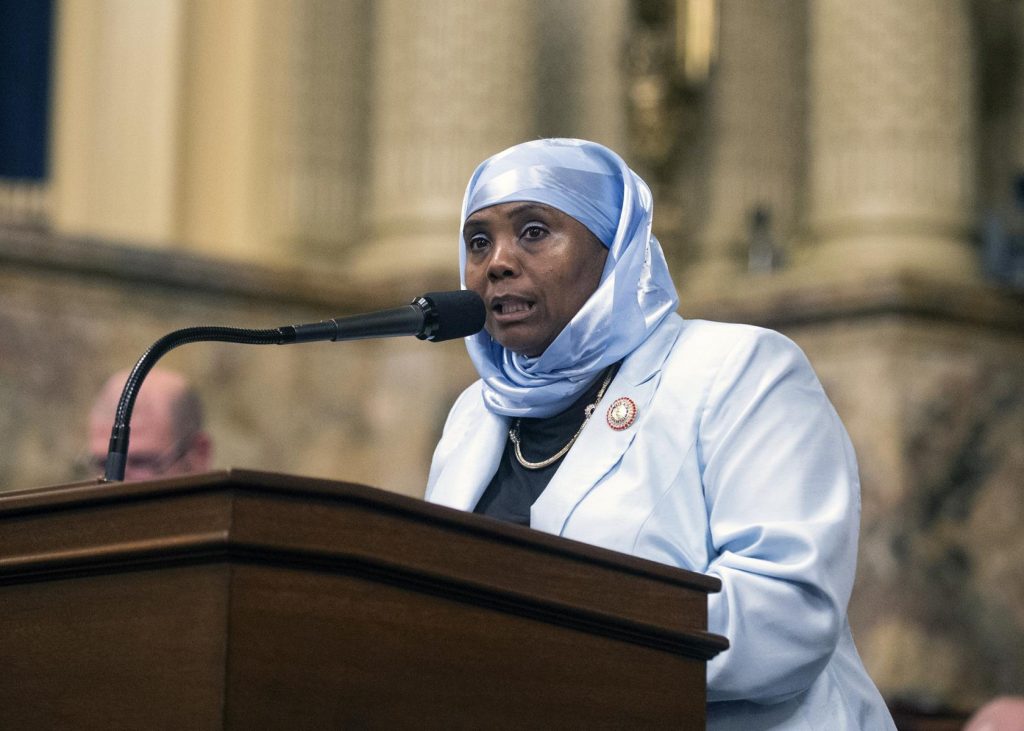 In 2017, Johnson-Harrell gave $2,500 to Krasner’s campaign. She later worked for the DA office’s Victim/Witness Services Unit.

Johnson-Harrell, a Muslim, won a special election in March. On the day she was sworn in, she and other Democrats were outraged when a Republican legislator mentioned Jesus during a prayer. Gov. Tom Wolf even apologized to Johnson-Harrell.

“Ms. Johnson-Harrell is just the latest in a long list of corrupt public officials put forth by the Democratic Party,” Garecht said. “All Philadelphians must ask themselves: When is enough enough?”

Tracie Fountain, a Democratic candidate for auditor general, announced a plan for the state to ensure taxpayer dollars are spent adequately, transparently and effectively.

Fountain said it is important to have a plan to monitor Pennsylvania state agencies’ oversight of grant funding awarded to nonprofits, in order to ensure that the awarded grants are used for their intended purposes to reduce the risk of fraud, waste, and abuse of grant funding by nonprofits going undetected.

If it is found that grant funds were not used appropriately, such findings will be reported to the state attorney general’s office.

Fountain is a certified public accountant and a graduate of Drexel University. She served in the auditor general’s office for more than 29 years.

Dennis Stuckey is running as a Republican. ••

Pothole repairs Friday on I-95

William J. Brennan, for the defense