City Councilman Al Taubenberger cleaned out his City Hall office over the weekend, leaving after a four-year term.

A new Council will take office Jan. 6 during a session at the Met.

Taubenberger, a Fox Chase resident, was the longtime president of the Greater Northeast Philadelphia Chamber of Commerce and the Burholme Community Town Watch and Civic Association when he was elected in 2015.

A Republican at-large member, he sought a second term in November. He had plenty of union and business support and received almost 13,000 more votes this time, but lost, as the Working Families Party’s Kendra Brooks scored a historic victory, denying Republicans one of two seats traditionally reserved for the minority party. The other GOP incumbent, David Oh, won another term.

The left-wing Working Families Party will undoubtedly make an even bigger push to grab two at-large seats (Democrats historically win the other five) in 2023, along with the election commission seat occupied by Republican Al Schmidt.

“Republicans, without question, have a battle going forward,” Taubenberger said.

Taubenberger, a 63rd Ward committeeman, believes Republicans should nominate just two at-large candidates in 2023, adding that those candidates must avoid the infighting that existed among the five GOP candidates in 2019.

Taubenberger believes the new party chairwoman, state Rep. Martina White, has a lot of energy and drive, and a ward structure to build on. He hopes for a return of the days of party boss Billy Meehan, who developed a bench that led to upset wins in the 1980s for John Taylor for state representative and Jack Kelly in the 7th Councilmanic District, and strong mayoral candidates such as Frank L. Rizzo.

Back in those days, Taubenberger was an aide for Councilwoman Joan Krajewski and chief of staff for Kelly. 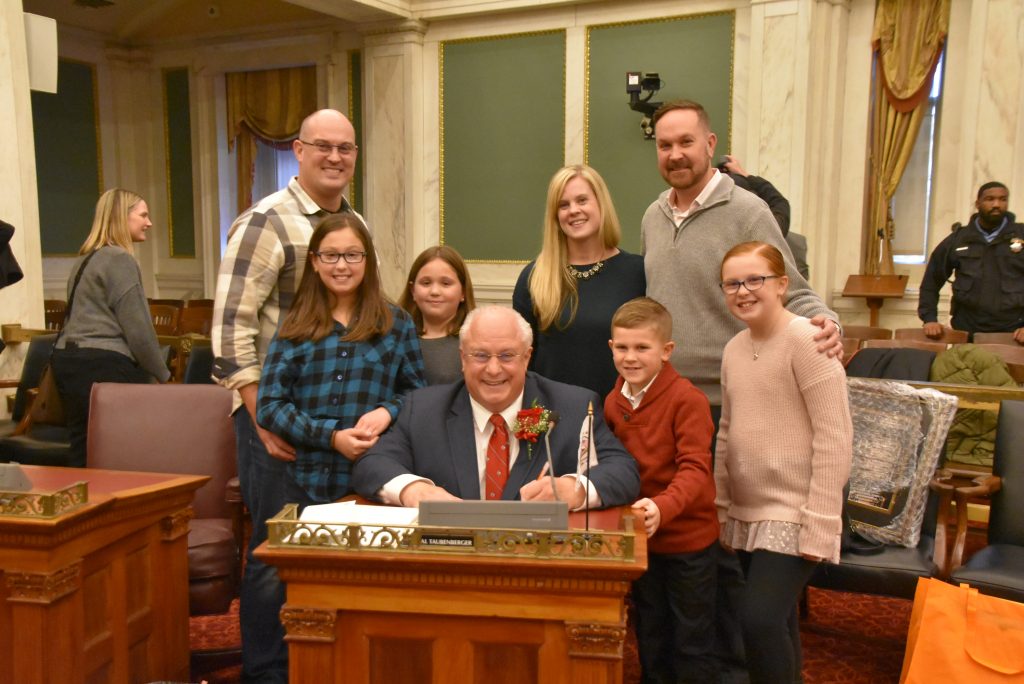 In his four-year term, Taubenberger considered his offices, in City Hall Rooms 582 and 586, a “home away from home.”

“I enjoyed every second of my time in Council,” he said. “I got to know the city a heck of a lot better.”

Besides doing some volunteering and completing tasks assigned by his wife Joanne, Taubenberger isn’t sure what will come next in his career.

Taubenberger’s staff consisted of five full-timers and two part-timers, along with summer interns. He is hoping they will gain employment in the new year.

“They all have great skills, and all would be good in a public service role,” he said. 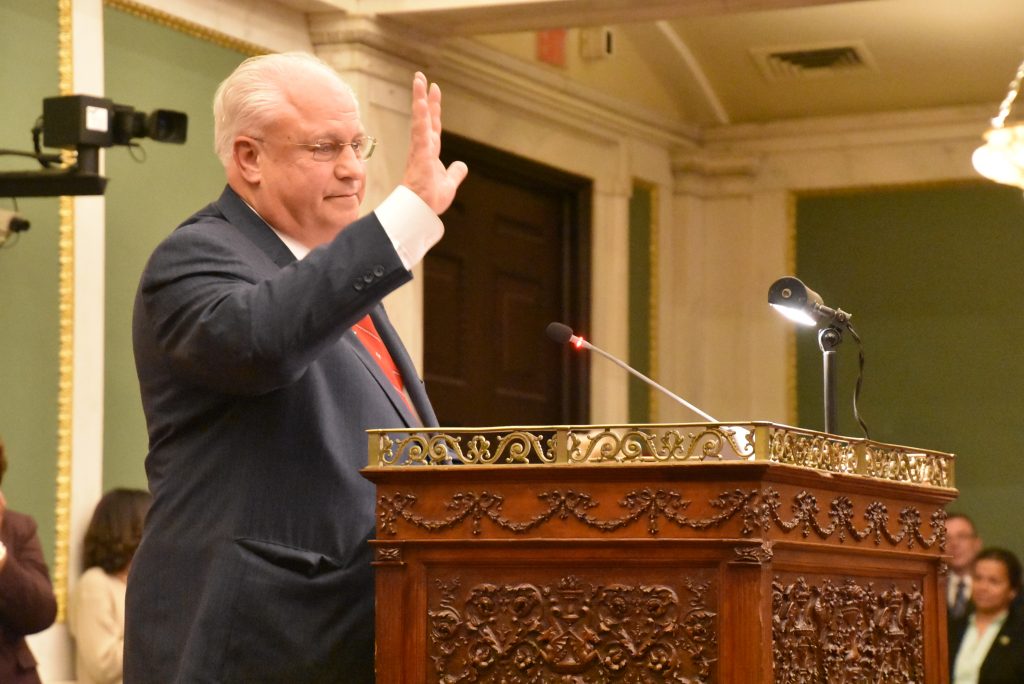 In Council, Taubenberger chaired the Aging Committee, where he worked on issues ranging from scam awareness to making sure snow was cleared on handicapped-accessible ramps.

“I was very pleasantly surprised when President (Darrell) Clarke appointed me chairman of the Aging Committee, a new committee,” he said.

Before leaving office, he held a hearing about a proposed call-in program, based on an initiative in Cleveland, that would allow senior citizens to sign up to receive regular calls, either automated or from a live person. He hopes the Philadelphia Corporation for Aging helps take the lead.

“I think it’s a good idea. It prevents isolation,” he said.

On other issues, he pushed for a real estate transfer tax reform that led to large corporations paying more, bringing revenue to the city.

The councilman also helped make changes to the business income and receipts tax (BIRT), allowing new small businesses to be exempt from paying it the first year, then be eligible for a payment plan.

Thanks to a tip from a Masterman student, Taubenberger sponsored a bill, that passed and was signed by the mayor, prohibiting smoking in bus shelters.

Then there were everyday issues.

“Constituent relations were a very important part of the office,” Taubenberger said. 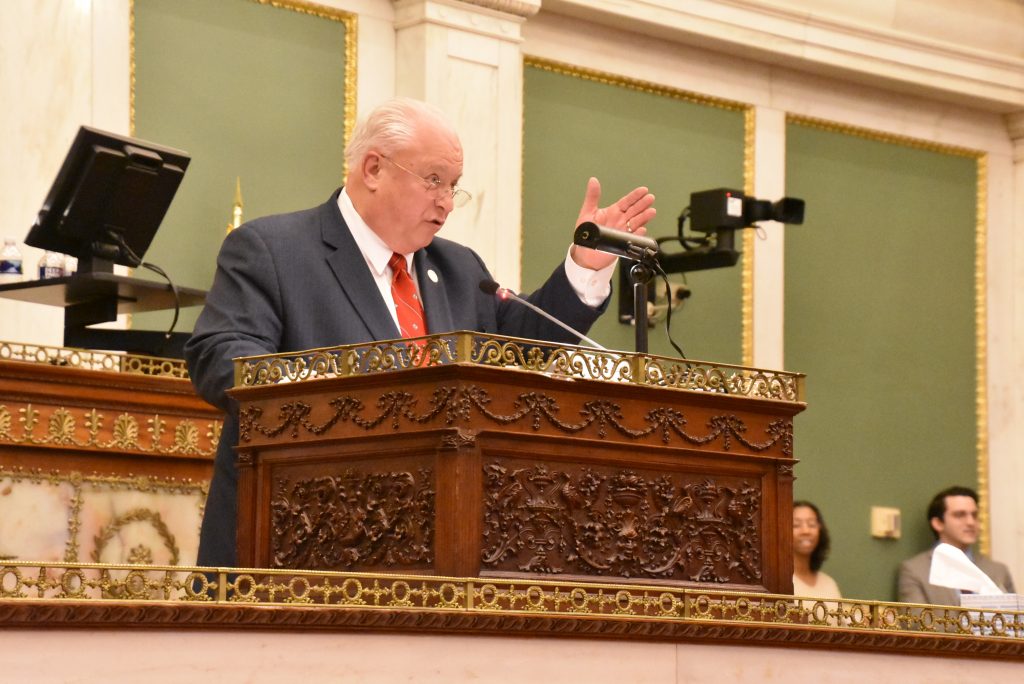 When Taubenberger worked for U.S. Rep. Charlie Dougherty, he remembers the congressman telling constituents to feel free to look him up in the phone book, at 1313 Friendship St., and give him a call. The outgoing councilman welcomes calls to his cell phone at 215-806-0238.

As he exits Council, he is thankful for the chance to serve.

“It was really such an honor to be voted in as a councilperson at large for the city of Philadelphia, and I really thank the citizens of Philadelphia for that opportunity,” he said. “My time in Council has been the most rewarding time of my entire professional career. It was truly an honor to serve. I’ll definitely miss it very, very much.” ••