PHILADELPHIA – Izaiah Brockington, an Archbishop Ryan High School graduate and sophomore on the Penn State basketball team, had a tremendous game Saturday afternoon at the Palestra, scoring a career-high 23 points as the Nittany Lions defeated Iowa, 89-86. 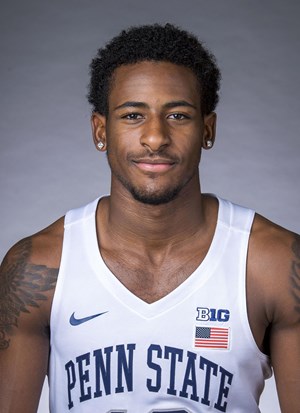 Brockington, who came off the bench and played 24 minutes, made 9-of-15 field goal attempts and 5-of-7 free throw shots and finished with two steals.

“I definitely wanted to win in front of my family and friends,” he said after the game.

Brockington, who offered good luck to the Eagles in a taped video clip on the big screen, is in his first year with the Lions after playing at St. Bonaventure as a freshman.

In high school, he twice played at the Palestra in the Catholic League playoffs. As a senior at Ryan, Brockington scored 31 points in a semifinal loss to Archbishop Wood.

This time, he and his teammates stood on the foul line after the game and sung the alma mater as winners.

Penn State coach Pat Chambers described Brockington, a 6-4 guard, as someone who practices like he wants to be an effective Big Ten player. The coach said Brockington has shown increased maturity and consistency to go along with his strong mid-range game and finishing ability.

“He is such a spark off the bench,” he said.

The sold-out Palestra was loud and hot, with temperatures on the court as high as 81 degrees. The Nittany Lion mascot was joined by the Phillie Phanatic, Penn State quarterback Sean Clifford was in attendance and the crowd shouted an E-A-G-L-E-S chant. 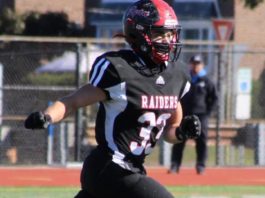 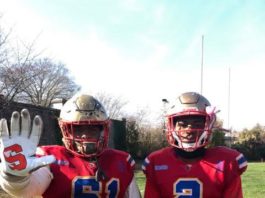