Archbishop Charles Chaput celebrated the Mass, as parishioners filled the pews of the upper church and others watched on a screen in the lower church. 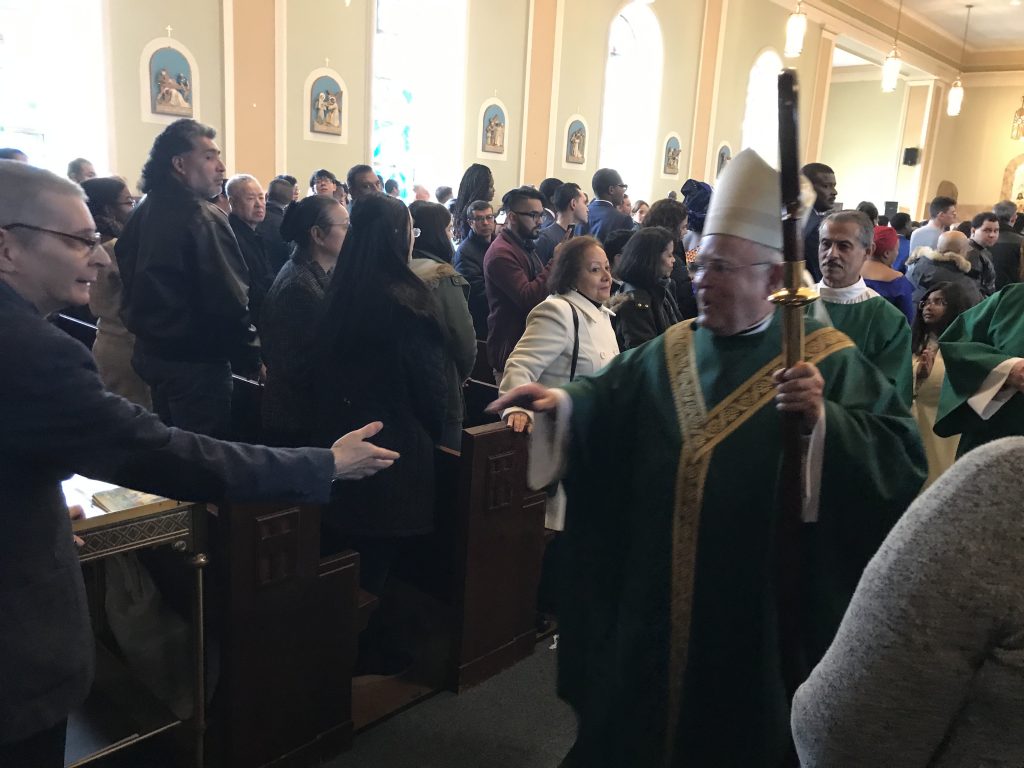 “Happy anniversary to you all,” Chaput said. 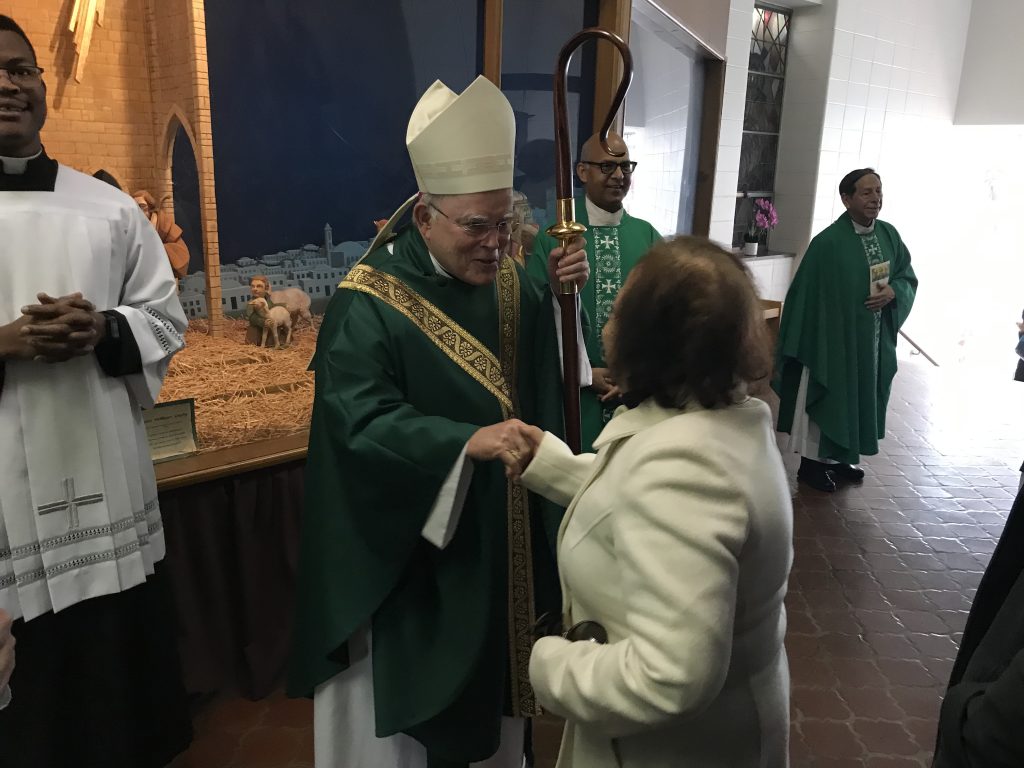 In his homily, Chaput noted the multiculturalism at St. William. Indeed, the Prayer of the Faithful was read in English, Spanish, Creole, Urdu and Vietnamese. And families from the United States, Haiti, Pakistan, Africa and Vietnam handed gifts to Chaput on the altar. The offertory hymn, Lady of Knock, acknowledged the once-large Irish population of the parish.

Chaput told the congregation that he had recently spoken to Bishop Nelson Perez, who was the pastor at St. William from 2002-09 and now heads the Diocese of Cleveland. Perez, who attended the opening Mass for the 100th anniversary celebration, told Chaput to give parishioners his regards.

Chaput also mentioned another former pastor, the late Monsignor James Mortimer, whose sister, Ellen, sat in the front pew. The archbishop recalled the monsignor, by then the pastor emeritus, talking to him about St. William soon after he arrived in Philadelphia in 2011.

“He really loved this parish,” the archbishop said of Mortimer, who served as pastor from 1980 to 2002.

Noting that the world is becoming more secularized, Chaput said that if St. William parishioners maintain their faith, “The next 100 years will be even better.” 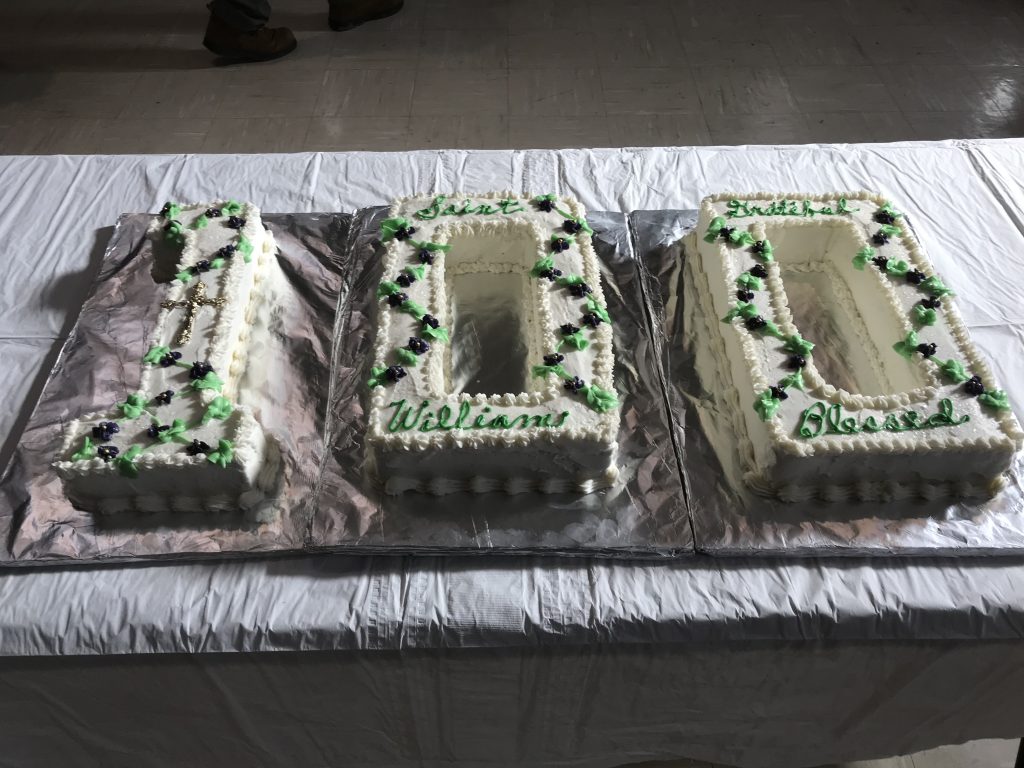 The Rev. Alfonso Concha, pastor since 2016, thanked the organizing committee for coordinating all the centennial events over the last year and asked members to stand for applause.

Concha invited the crowd, which included state Rep. Jared Solomon, to a post-Mass reception in the parish hall. ••