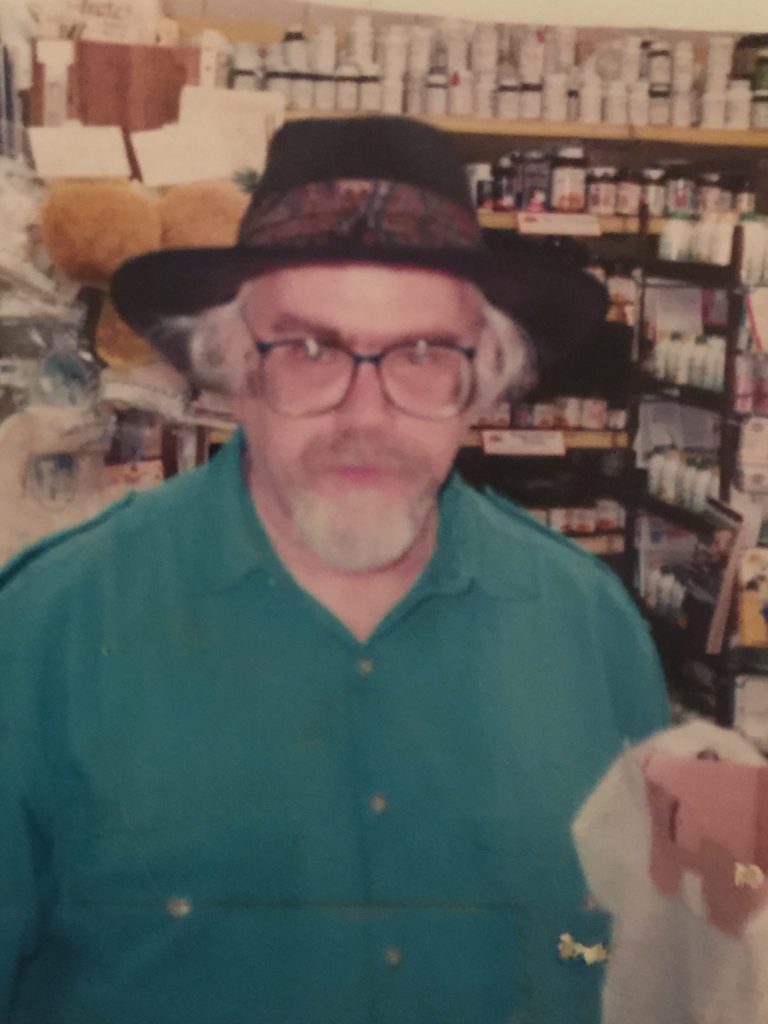 The store’s friendly, caring vibe flourished over the years with Zabarkes being a patient and benevolent audience to everyone’s health concerns. People, warmed by the welcoming atmosphere created by Zabarkes, his wife Joyce and knowledgeable staff, were drawn to Harry’s with his wide variety of natural foods, vitamins and herbs.

Most lingered to chat and feel reassured by the thoughtful advice they received. Generations of customers remember Zabarkes’s dry quirky wit and Halloweenish, sometimes macabre playfully off-color objects of decor. Harry was a perfectionist about his pride and joy, a true old-time “mom and pop” store, and poured his best efforts into making it the highly-regarded Northeast Philadelphia landmark it deserved to be. There was nothing generic about Zabarkes or Harry’s Natural Food Store.

The store, which was at 1805 Cottman Ave., closed its doors in October.

There wasn’t anything generic about Harry as a dad, either.

“I couldn’t have asked for a better father,” his son Ben Zabarkes said. “He was the kindest, most patient, funniest, coolest guy I’ll ever know. He taught me everything I know about how to be a man, a father and a good human being.”

“Best father ever,” Matt Zabarkes, another son, added. “There will never be another like him.”

His stepson Josh Landow enjoyed the example Zabarkes set of being a responsible “grown-up,” without relinquishing a silly childlike side, something he imparted to all his family.

Zabarkes, who grew up in Logan, is survived by his wife, two sons and grandchildren Logan, Ashleigh and Michael. He is also survived by his stepson and stepdaughter Nicole Landow and dear friends and longtime employees Karen Hill and Steven Schwartz. ••