When Sheila Fox spent two months in the hospital after a near-fatal bout with sepsis in 2017, she documented her journey through art. She went in for an operation on her right knee that went smoothly – but soon the infection took effect, leaving doctors unsure if she would survive. Her portraits from the time show drawings of little faces asking for help and to go home, tiny against a landscape of dark and swirling abstractness.

Painting the series helped carry her through months of rehab – even when she was ready to give up on her muscles.

“I said to myself, this is it, I quit. I lived a good life,” she recalled.

She figured her son and husband, Bill Myers, would survive without her.

Pushed by her unflappable rehab team, Fox regained her ability to walk literally one step at a time. The 70-year-old Mayfair resident returned to normal life, once again overcoming struggles thanks to art.

When Fox gets creative, whether she’s painting, drawing or creating collages, it comes from a place of pure emotion. A frequent visitor of Tacony LAB Community Arts Center, her work will be on display at the center this Friday through March 27. Opening reception will happen this Friday from 5:30 to 7:30 p.m.

The expressionist artist is excited but nervous. When she agreed to put on the art exhibit, she consciously decided to be as open and honest as she could about the emotion behind her art.

“What’s the point of it otherwise?” she said. 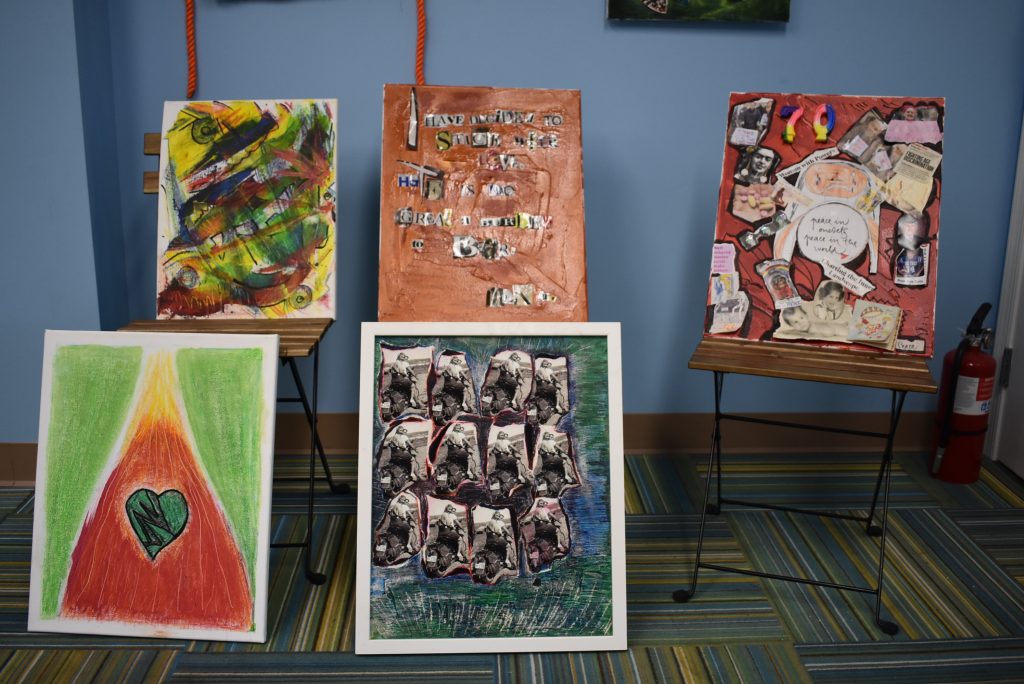 Since she first picked up the paintbrush 20 years ago, Fox has been creating from her heart. Work that will be on display ranges from the dark, such as her work from the hospital, to the wild and free-spirited, like the collage of American artist Georgia O’Keeffe riding a motorcycle. Whatever she feels, she creates.

“This is my life, this is what happened, and this is how I moved through it,” she said.

Art had never been in the conversation for her family other than the paintings her mother hung. At 50, Fox started out by painting flowers, and her friend offered to buy her work – but only if she attended a workshop to continue growing with her craft.

As she developed as an artist, she learned to never hide the truth. Though her paintings from the hospital begin dark, they grow happier as she gets closer to recovery and home – the little faces begin to smile.

In another collage, Fox reflects on turning 70 with childhood drawings and photos and birthday candles attached to the tapestry.

Fox also ruminates on social justice in her art, including the collage that spells out the Martin Luther King Jr. quote “I have decided to stick with love. Hate is too great a burden to bear,” spelled with letters cut out of Art in America magazine.

Myers, a photographer who took photos for Philadelphia Public Record and Fox’s partner of a few years, passed away in 2018, and Fox once again turned to art to help her heal. She created the painting titled ‘My Soul is Rising as my Heart is Breaking,’ conjuring a broken but whole heart on a volcano-like surface.

“My soul is growing, and that’s what I want – to be able to feel as deeply as possible,” she said.

“But that means my heart is breaking because I’m not running away from it,” she said.

Another one of Fox’s projects is much grislier in style. Two monsters, drawn by Fox with the help of artist Ty Derk and animated by her nephew Nick, square off on a screen. One monster is named Zyklon B, after the gas used to murder people in gas chambers during the Holocaust. Opposite him stands a cartoon version of Fox, grenades hanging from her belt, the Jewish star adorned on her superhero cape. Ready for a fight. 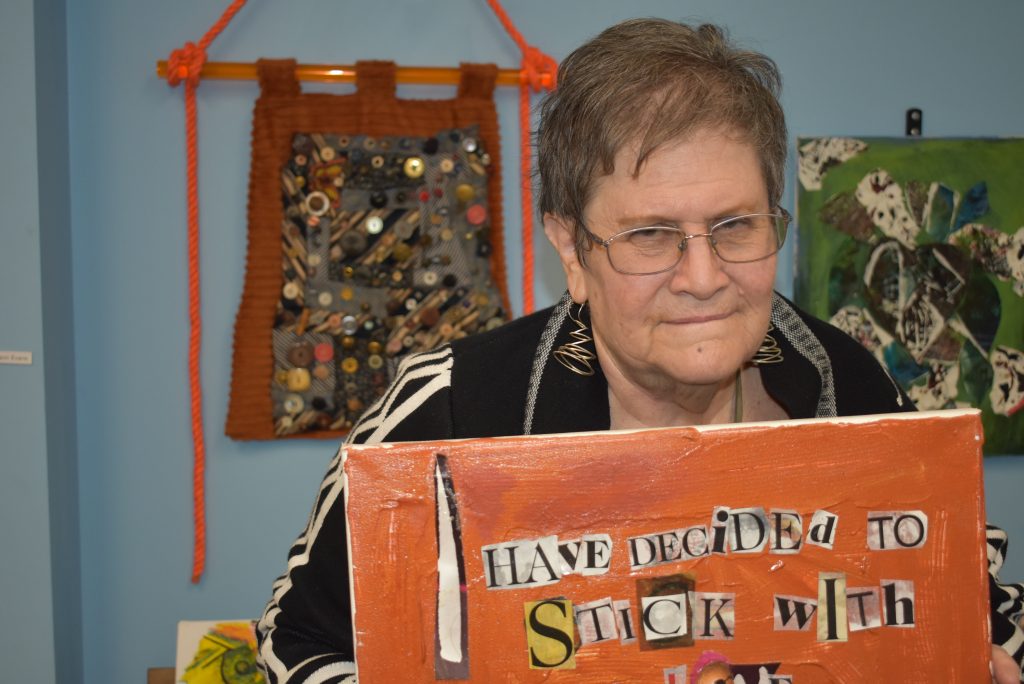 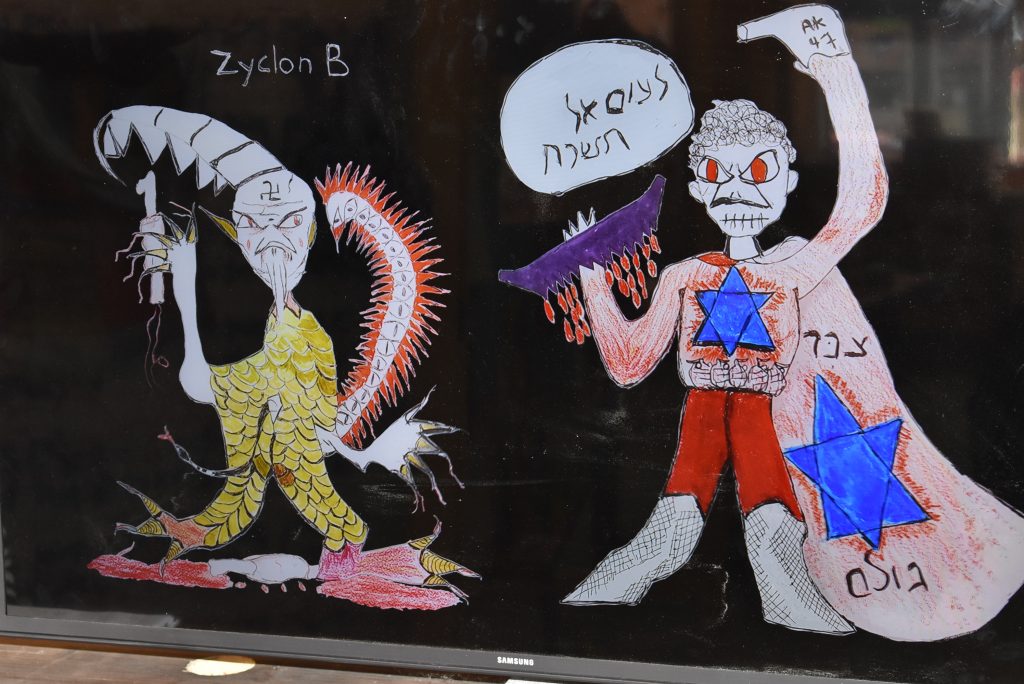