Dave Munson, of the City Planning Commission, visited last week’s meeting of the Take Back Your Neighborhood civic meeting.

Munson spoke of the Philadelphia2035 project, specifically the Lower Northeast District Plan, which originated in 2012.

Complaints from a couple of neighbors included trash and empty storefronts.

However, state Rep. Jared Solomon jumped to his feet to contend that there is a low percentage of storefront vacancies, adding that he has secured funding for cleanups twice a week on Castor Avenue and Rising Sun Avenue.

As the plan moves forward, the city will work with, among others, the Castor, Bustleton & Cottman Business Association.

Munson also discussed residential and business rezoning and historic designations. Several people had a favorable reaction to a proposed increased number of bicycle lanes, though one Loretto Avenue resident said he has never seen a bicyclist use the lane on his block.

The planning commission wants to increase the number of trees. Northeast residents who’d like a tree can email NeTreeTenders@aol.com.

Residents requesting tree maintenance can call the city Department of Parks and Recreation at 215-685-4363.

Munson will visit a meeting in the near future for a more in-depth presentation.

In other news from the Jan. 27 meeting:

• Mark Mroz, community relations officer in the 2nd Police District, outlined a few recent crimes. Mroz said there was a shooting and two robberies at Tio Pepe, 6618 Castor Ave. The restaurant/bar was also shut down briefly by the city for code violations. Mroz also spoke of a shooting earlier that day on the 1500 block of Princeton Ave. The incident started when three males allegedly stole a car in the 35th Police District. The driver got into a crash. One male was shot in the butt, ran from the scene, but was later taken to a hospital. The other two occupants of the car have not been apprehended.

Mroz also criticized District Attorney Larry Krasner for what he said is his refusal to prosecute retail thefts and high-quantity marijuana distribution. The officer said the Wawa at 6460 Bustleton Ave. is a frequent target of thieves.

“Things have to change,” he said of the DA’s policy.

• A representative from the state Department of Human Services provided information on the Low Income Home Energy Assistance Program. Income-eligible people have until April 10 to apply for grants to pay their heating bills. LIHEAP cash grants range from $200 to $1,000. Call 215-560-1583. 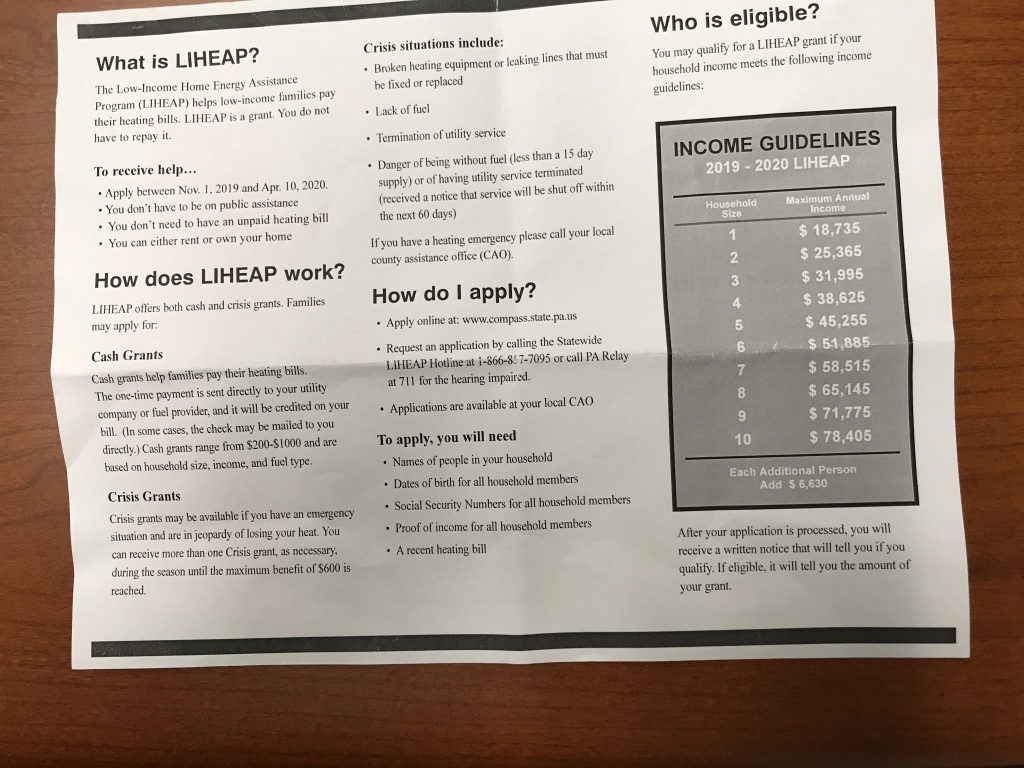 • Rep. Jared Solomon said good things are happening on Castor Avenue. He pointed to construction of the new People Acting To Help building (at Cottman Avenue), which will create jobs and offer community space on the second floor; the 2nd Police District, expected to open in September in the former TruMark Financial Credit Union; a job and education center at Wellington Street; the Exchange at Oxford Circle, 6434 Castor Ave., which features a thrift shop and social services for immigrants; and banners that will be hung on poles.

• A meeting is planned for Wednesday, Feb. 12, from 5:30 to 7:30 p.m. at Northeast High School to discuss the future of the World War I memorial at the intersection of Cottman, Oxford and Rising Sun avenues. The intersection will be redesigned to make it safer for motorists and pedestrians. One proposal is to move the memorial to Burholme Park.

• Take Back Your Neighborhood thanked the students and faculty of Northeast High School for their participation in its Martin Luther King Jr. Day of Service. The group gave special thanks to all who donated canned goods, including the Acme supermarkets on Oxford Avenue and Harbison Avenue. Ten boxes helped stock the Calvary Christian Church food pantry at Large Street and Roosevelt Boulevard.