Tacony Library, Torresdale Avenue and Knorr Street, is closed until Monday, and the Free Library of Philadelphia issued the following statement:

According to police, the incident referenced by the Free Library took place on Tuesday. Northeast Detectives is beginning to look at video and setting up interviews with staff.

Though the Free Library mentioned just one incident, police and other sources said there are ongoing issues involving local schoolchildren, believed to be from Disston Elementary School, and, perhaps, some of their parents. 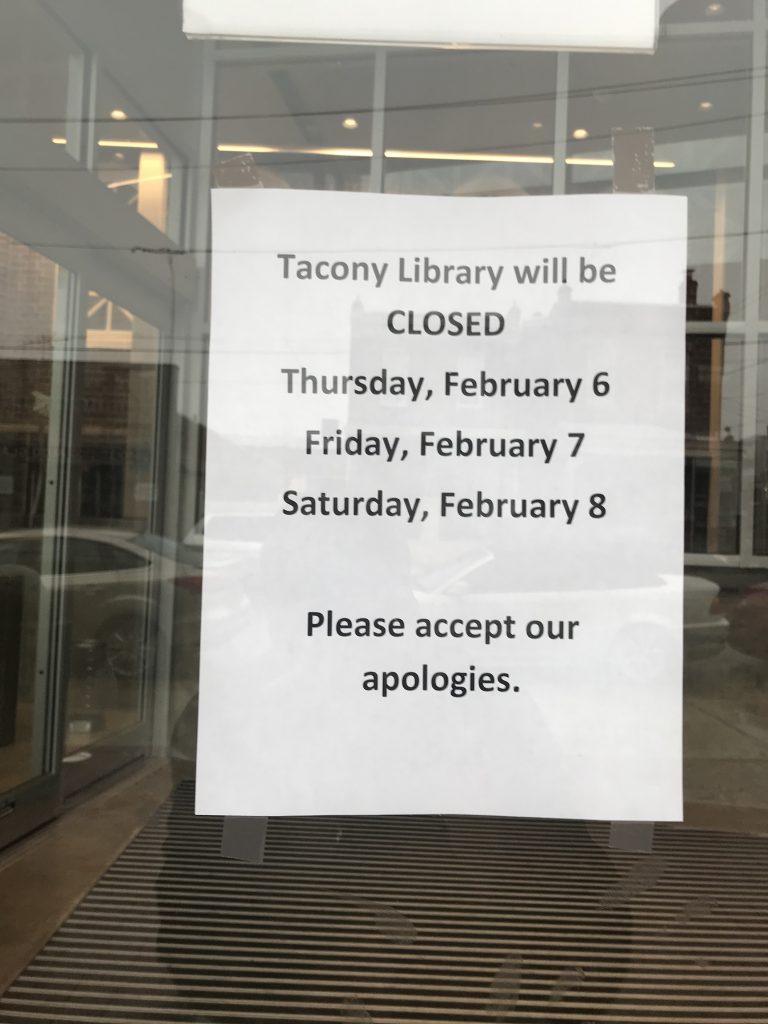 On the Tacony Library website, there is a note that the library is closed for “staff development.”

However, sources say the library is closed because staff declined to show up for work to protest the mayhem.