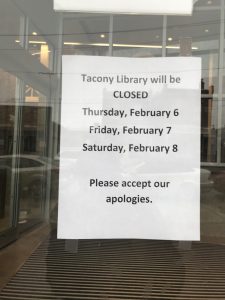 Tacony Library, Torresdale Avenue and Knorr Street, reopened on Monday after being closed last week for what the Free Library of Philadelphia called a “serious incident.”

The Free Library issued the following statement on Feb. 6:

According to police, the incident referenced by the Free Library took place on Feb. 4. Northeast Detectives has looked at video and planned to interview staff on Tuesday. The video appears to show kids on the losing end of a fight running into the library for shelter. Police say multiple similar incidents have taken place in recent weeks.