Standing in front of the 1,400-student body of George Washington High School in the school’s blue and yellow auditorium, Bob Knight made a heartfelt plea.

“If you feel you have no one to talk to, you can talk to me,” the father of a recently killed 19-year-old said.

His son Quameer Knight was a couple of months away from graduation when he was struck and killed by a stray bullet while inside a car near his home in West Oak Lane last month. The George Washington student was a starting defensive end on the school’s football team for three years and a beloved friend and community fixture to many.

On Thursday and Friday, the school hosted a Take Back the City anti-violence event to honor Quameer and help the students process and talk about violence they see in their neighborhoods, homes and schools.

“Violence becomes sensationalized and if we don’t teach children how to process violence and grieving, we’re not doing any favors,” said principal Susan Thompson.

About 20 volunteers from trauma-informed institutions like Lakeside Global Institute, Philadelphia Alliance for Childhood Trauma Services and the Philadelphia Office of Children and Families visited the school. Students broke into groups for reflection and processing.

Through these discussions, students also created action plans for talking things out rather than fighting, highlighting the resources available to them in the school and community.

Quameer was in the front passenger seat of a car at Broad Street and 67th Avenue when a stray bullet pierced the window of the car and hit him in the head. 6ABC reported at least 12 bullets were fired and Knight was not the intended target.

“Right now I’m just so angry,” said his mother Vivian. Once her husband Bob was done talking to the students, she spoke in a voice barely above a whisper.

“My son is not here anymore and these things have to stop. These guns have to get off the streets,” she said.

Quameer was born Dec. 11, 2000 and killed Dec. 17, 2019. He was the youngest of three kids. His family remembers him as a family person, a lover of video games and someone who would never pass up a meal. He worked for the city cleaning recreation centers over the summer. Vivian recalled him helping neighbors in the community with tasks such as taking the trash out and going to the store for them without being asked.

He also had a passion for football, making second team All-Public at defensive end. In his three years on the team he covered multiple positions such as wide receiver, tight end, nose guard and outside linebacker.

Coach Stephen Benzio recalled when other schools wanted Quameer to come play for them his sophomore year when George Washington was going through a tough season, but he stuck with the school. On the field, Quameer was a spirited, emotional leader.

“If he was doing something, then most people realized that’s what they should be doing,” said Benzio, who also set up a GoFundMe to help his family pay for the funeral costs.

Quameer’s name was printed on blue hoodies with the school’s logo on them in his honor.

Benzio was also helping Quameer look at options after high school, including a trade school where he could continue playing football or going to a junior college out in California.

“Players in my program and all the students live with the reality of losing loved ones all the time for no reason,” Benzio said.

“I’m not sure what the answer is, but I’m pretty sure the answer here in the city has to start in our schools,” he said. 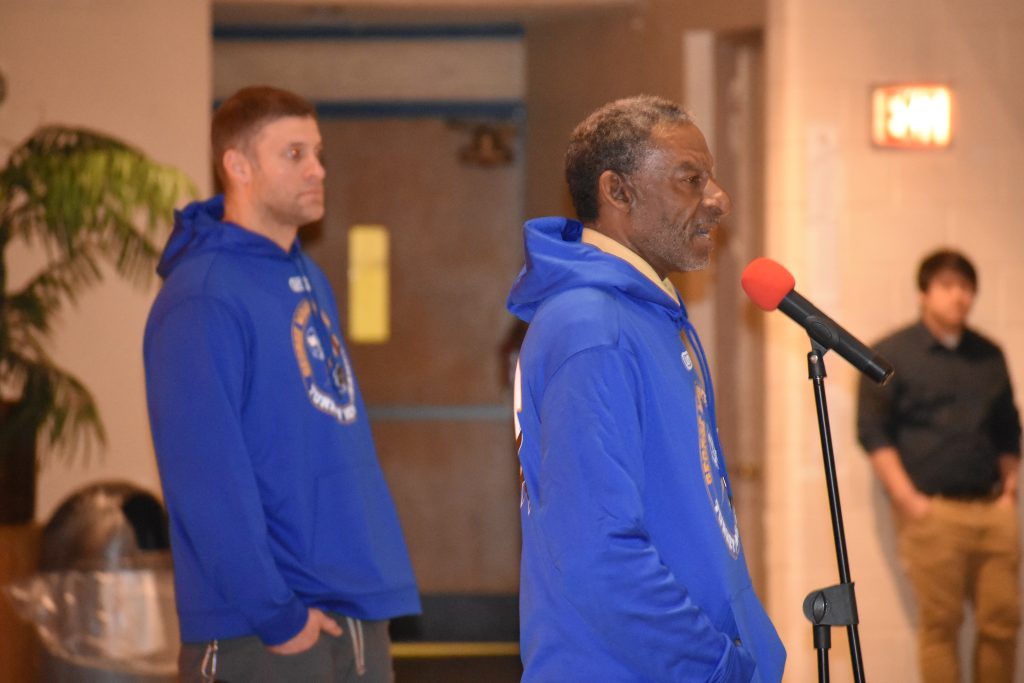 Santos paving the way on and off the field at Frankford