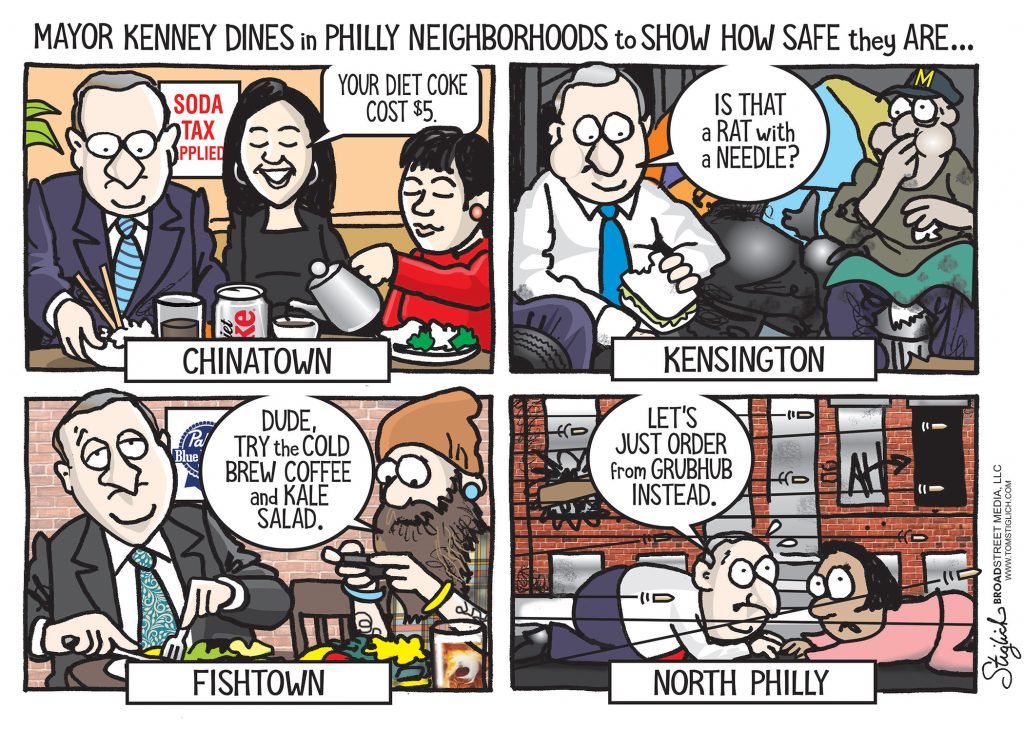 A letter entitled “At 96, he’s done with Dems” (Feb. 5), stated, “The Democrats … can’t accept that they lost the last election,” a Republican talking point that intentionally mischaracterized Trump’s impeachment (sham of a) “trial.”

When Donald Trump withheld congressionally approved military aid to Ukraine in order to get (debunked) dirt on a potential opponent, he gave “aid and comfort” to (our enemies) Vladimir Putin and Russia, who, are at war with Ukraine. Trump’s action represents, by definition, “treason,” and, not only a security threat to Ukraine, but to America as well.

I wish the author of the aforementioned letter many more years of life and the exercising of his right to vote in future elections; but let me remind that gentleman of 96 years that Trump (and Mitch McConnell, R-Kentucky) have stated numerous times, it is their intention to “gut Medicare and Social Security” … making it a fairly safe prediction on my part that any senior voting Republican in November will be voting against his own economic interests and his as well as his family’s health interests.

I was sad to see that Harry Zabarkes passed away. I was a customer for many years at Harry’s. It was a wonderful store.

He always made folks feel welcome, and had great advice, as did Joyce, Karen and Steven. My condolences to them and the rest of his family.

Where does Boyle stand?

Last Tuesday night, President Trump presented the State of the Union to the American people.

During the speech, you could see the disgust in Speaker of the House Nancy Pelosi’s face with what the president’s speech was entailing.

The proof of her disgust came after the speech, when she ripped the speech up.

They deserve a congressman who does more than just wants to speak out against the president.

So, my representatives and I will be around to collect signatures so I can get on the ballot.

I ask every Republican in the district to sign my petition and help me get on the ballot so we can start to build what we need for better communities for ourselves and our children’s future.

I promise when elected I will always put people before politics

Apparently, Mitt Romney is the only “real Republican” left in the United States Senate. The rest, I’ll call them Trumplicans.

I applaud Mitt Romney for listening to his conscience and voting guilty on Abuse of Power. He stated that he took his oath and swearing to his God very seriously and could not in good conscience acquit Donald Trump on this matter.

The Trumplicans, not so much.

The evidence is very clear. POTUS held congressionally approved aid to Ukraine to solicit help in his reelection. And only released aid when the whistleblower came forward.

So, he was acquitted, but he cannot claim complete exoneration, that it’s completely partisan. He was found guilty by Democrats, independents and a Republican. Thank you, Mr. Romney.